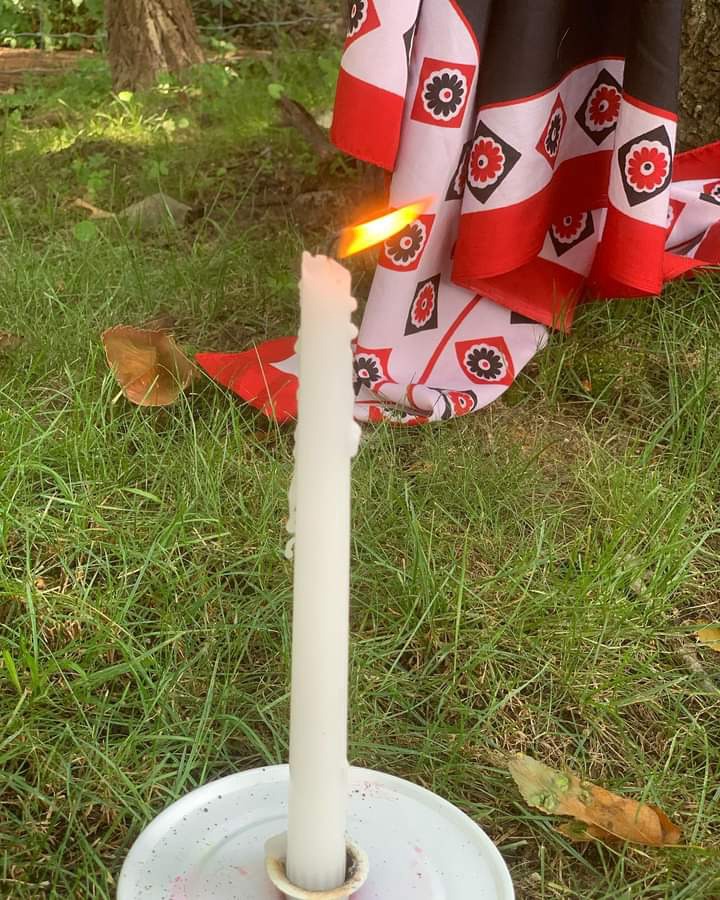 The calling to be a Sangoma or shaman is believed to come from various ancestor spirits and your direct ancestor spirits. I want to write very briefly here about the various kinds of spirits that can be part of a calling and become your guides or possess you as you do the work of the ancestors.

In the Southern African Traditions your direct family ancestors will call you to be a healer. It may be the spirit of a deceased ancestor who worked as a healer before they passed on and want you to become a healer. In some traditions this is the only way you can be called

In West African Traditions like Yoruba, one will be diagnosed with a spirit sickness or calling through an oracle and you will be carefully observed to see which Orisha or nature spirit manifests it characters through you. You will then become a healer trained to work with the spirit .

In the traditional healer lineage,one can be called by a “foreign” spirit in addition to your ancestral spirit. Basically what this means is that a spirit whom your ancestors were in conflict with or harmed, can possess you and call you so that you can facilitate a resolve to the conflict in your work as a healer.

In the healing lineage one is initiated into the Nguni & Ndau ancestor lineage in addition to your own. There was a war between these tribes and the spirits of the dead possessed the warriors.and the spirits continued to possess families of the warriors down the generations.

Thus you, as part of this generation, can be called to be a healer of this conflict. It is interesting that ancestors who lived in the same area as the Ndau in Mpumalanga/Mozambique – was part of the war of Nguni and Ndau many years ago .and white people themselves killed many of these warriors.

When some white people get sick they are diagnosed some have signs of a calling to become a healer. and be part of the reconciliation between people and healing of old wounds. It is my belief that white people when they came to this country,they learned the local traditional medicines and cures of the indigenous people. So in a way they became  healers.

(The San Bushmen people who were the first people in Southern Africa also passed on many of their medicinal knowledge of plants. and methods of healing on to the “Bantu” tribes who later arrived here.)

It is my belief that many white people walk around with “karma” of their ancestors who were part of the wars against the indigenous tribes, and who killed many warriors and have become influenced by the spirits of the dead.

This “karma” has been passed down the generations until someone receives a calling to heal this.white people in Africa nowadays have specific means of initiation or becoming a healer, (other than Christianity) so they take on the traditions of the foreign spirits that call them. In the end we all share a common ancestor that originated in Africa.

Some of the Ancestor spirits:

(The information below may not be very clear, but it is not formally recorded much other than by oral tradition. and I am still trying to get a full picture from the various explanations I have been told. The below are mainly about the Nguni/Ndau ancestors.)

Inzunza: This is the water spirit that inhabits dams, oceans, rivers etc. They serve as guardians of the water world which is one of the gates to the spiritual world. These ancestors are very powerful and usually show themselves through dreams. (Sometimes confused with Ngernza)

Ngernza : the mermaids and other tribes belonging to the water world. ( sometimes confused with Nkanyamba or with Mndawe spirit)

Indiki (umndiki): the spirit of a person that passed away through violence. This spirits roams the earth as they cannot enter the afterlife due to the blood they have over them. Once it has been cleansed it is entered into the spiritual world through the river and reunites with family, and then forms part of the ancestors that are healers.

Indawu: Indawu is the Zulu Male ancestor’s reffered to as Amakhehla, loosely translated to old men/grandfathers. These ancestors are linked to the Abalozi ancestors (whistling ancestors) and they sometimes tell a person to go to the river and come back with a python.

uMndau (Ndau) (Mandawe): Spirits of the male Ndau tribe warriors. They originate from Mozambique,Zimbabwe,Malawi and Swaziland. Their healers mainly use ukufemba as their medium of healing. They are also seen as great and ancient ancestor spirits by some and to be higher than the Nguni.