People should always avoid making appointments with strangers, it is never a good idea to receive a call from a stranger and give them direction to your home without even knowing who they are or what they want, especially if you are a woman because we are living in a sick world, women are getting killed day in day out, some disappear without trace, some get killed by the people who are very close to them, some are killed at the comfort of their own home, just like Abongolr from Cape Town in Langa. 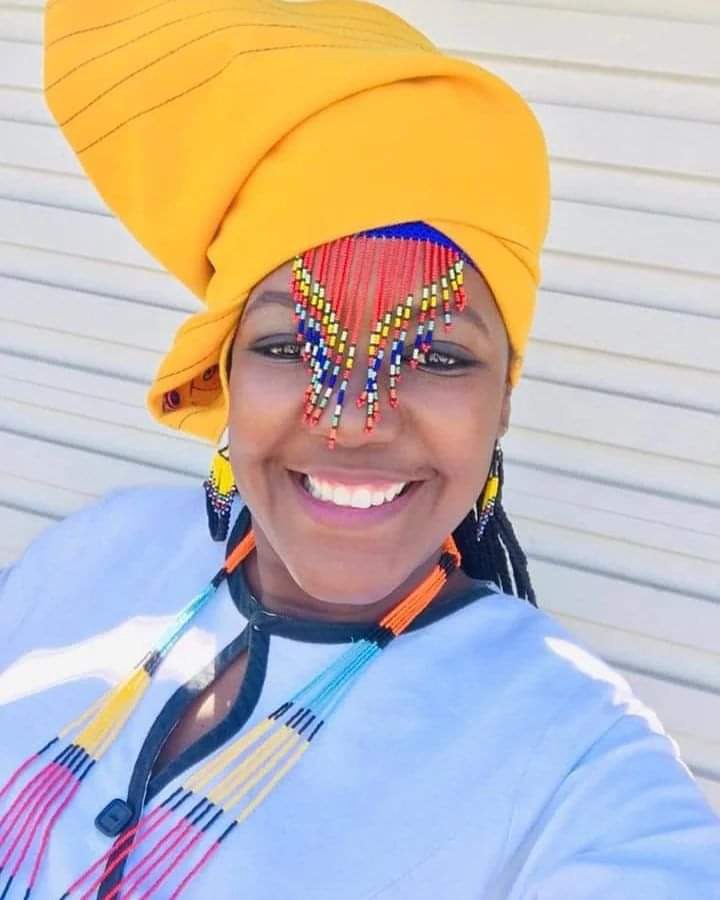 Abongile was at church on Sunday and she was destructed from the church service by a call that kept coming, she finally decided to leave church and attend to the call, little did she know that she was attending the call that is going to take away her life in the gruesome way.

According to The Daily Voice, the 37 year old mother of two left church after receiving a call from the suspects, she gave them direction to her home and when they got to her home, they shot her on the head and left without taking anything from the house. 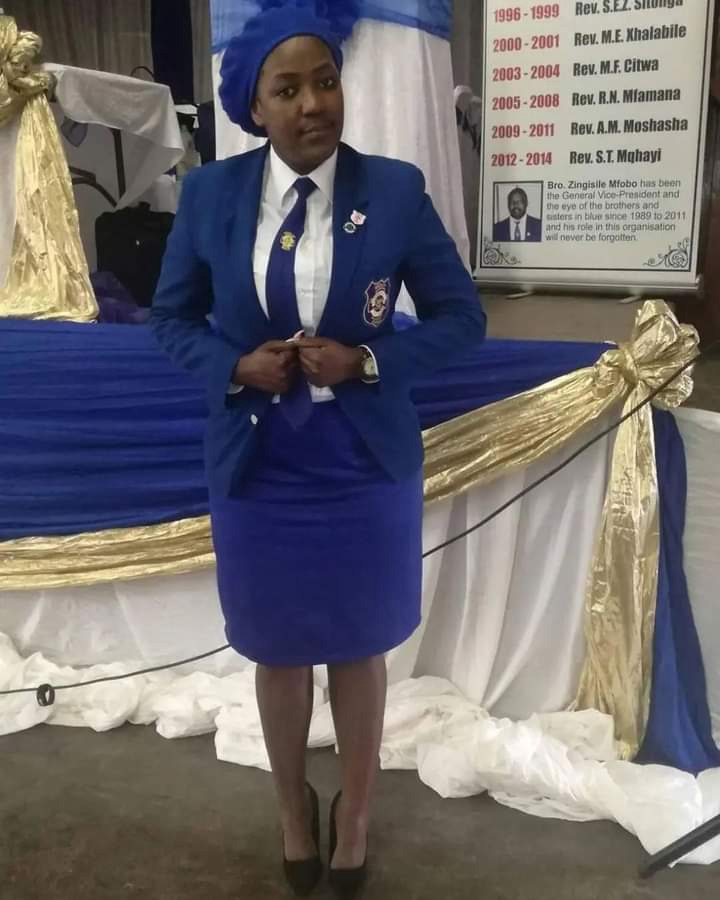 It is reported that when she was found, she was still alive but she later died while still waiting for an ambulance, she was reportedly found by her friends lying on the couch helpless. 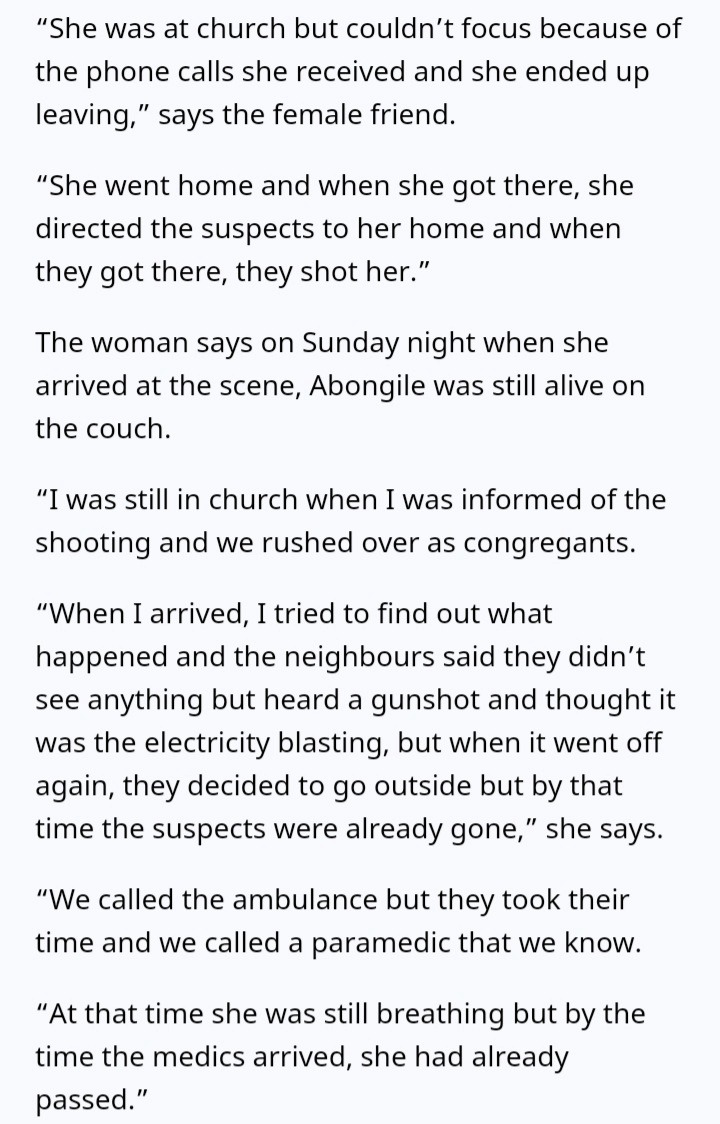 "Abongile Mabusela, a 37 year old mother of two, was lured home and killed in Langa, Cape Town on Sunday, 23rd of January. Abongile was in church on Sunday but couldn’t focus because of the phone calls she received and ended up leaving. As she got home, she directed the suspects who had been phone calling her into her home. They then shot her in the head. Her friends had found her on the couch while she was still alive, but she passed before the ambulance arrived. No one has been arrested yet," the publication reports. 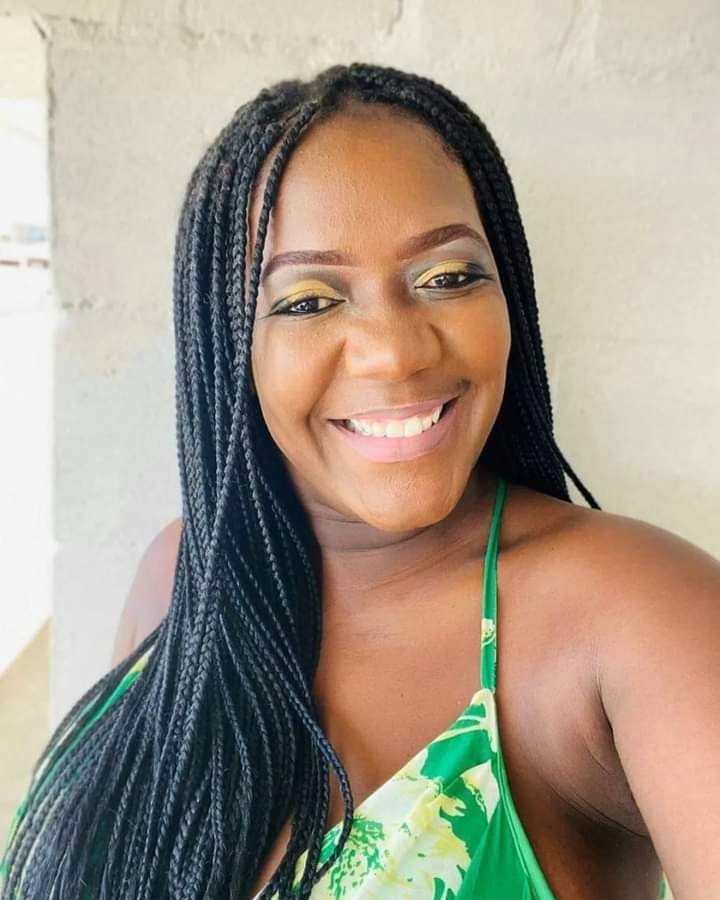 The sad part about the South African Police Services is that they hardly make arrests in cases like this one, people get killed and no one gets arrested, they just walk away scott free and continue killing people and never gets punished for their crimes. 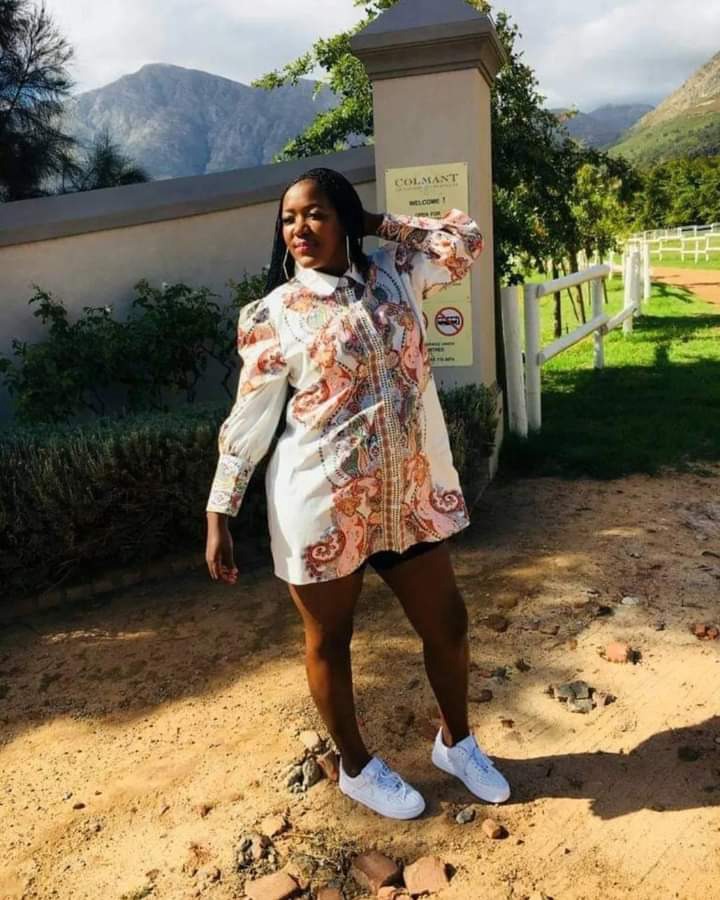 Opinion - This whole thing of Dudula is totally wrong.

Angry Mob takes the law into their hand as they did this to Sangoma that allegedly killed Bontle.