OPINION - Evident that religion is not indigenous to Africa 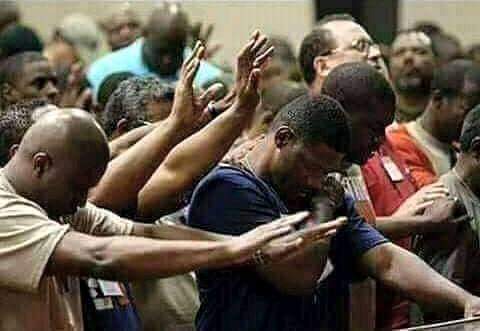 "Black Moses", a story of Kgalema Dinkwanyane, a young brother to king Sekhukhune, who defected from African culture to Christianity in 1870s. Dinkwanyane was amongst royal members who defected to Christianity including King Sekhukhune's wives. Many families converted as were attracted by the new religion. As a result, King Sekhukhune was angered by this and banished all Christians from his land. The exodus began, these converts migrated and settled at what was called Botshabelo, a mission station in 1870s. In 2 years this community had more citizens than most other communities in Transvaal.

Led by Dinkwanyane, this community became a threat to the newly established colonial regime nearby and other communities that lived nearby. But Dinkwanyane as well realised that living under the missionaries was as difficult and frustrating than living under African Kingdom. He moved his followers from Botshabelo to the land near Middelburg and established a town called Mafolofolo. In 1873 the coloniser regime attacked his community and killed him and his men, and took that town. Few months later Sekhukhune's army attacked the camp of coloniser's army and killed all the men there in revenge of Dinkwanyane. Then a lengthy war began until from 1873 until1879 when the two colonisers, British and Boers regimes, defeated Sekhukhune's army.

We also learn of Ranavalona I, the mad Queen of Madagascar.

"I will rule here, to the good fortune of my people and the glory of my name! I will worship no gods but those of my ancestors. The ocean shall be the boundary of my realm, and I will not cede the thickness of one hair of my realm!"

Queen Ranavalona forbade the practice of Christianity within her kingdom; she wanted nothing to do with the teaching of Christianity, baptisms, or Sunday services. In 1835, she said that she would not deny foreigners their freedom of religion, but it was not to be taught to her people.

She said, “whoever breaks the laws of my kingdom will be put to death—whoever he may be.”

She kicked the missionaries out, threw away trade agreements with France and England that her husband had with them , and fought off an attack from the French navy.

Many foreign Christians fled, leaving their converts to face fines, imprisonment, torture, and execution. At one point, Ranavalona ordered that fifteen Christian leaders dangle by ropes over a rocky ravine. Their ropes were then cut, sending them to meet their maker. A few thousand people were thought to have been persecuted for religious reasons under Ranavalona’s rule.

The struggle of Africa kings to resist colonialisation of their subjects with regards was evident that religion is not indigenous to Africa.