The Story Of Amar, The Man That Has Kept His Hand Up For Over 45 Years

Amar Bharati is known as the "Man with the Raised Hand" because he has been raising his hand for over 45 years. Amar has held his right hand in the air for a long time and has never pulled it down for any reason.

Bharati worked in an Indian bank in the 1970s, according to legend. He was also married and has children with his wife. Amar made the decision to leave his entire family, friends, and even his job one day. 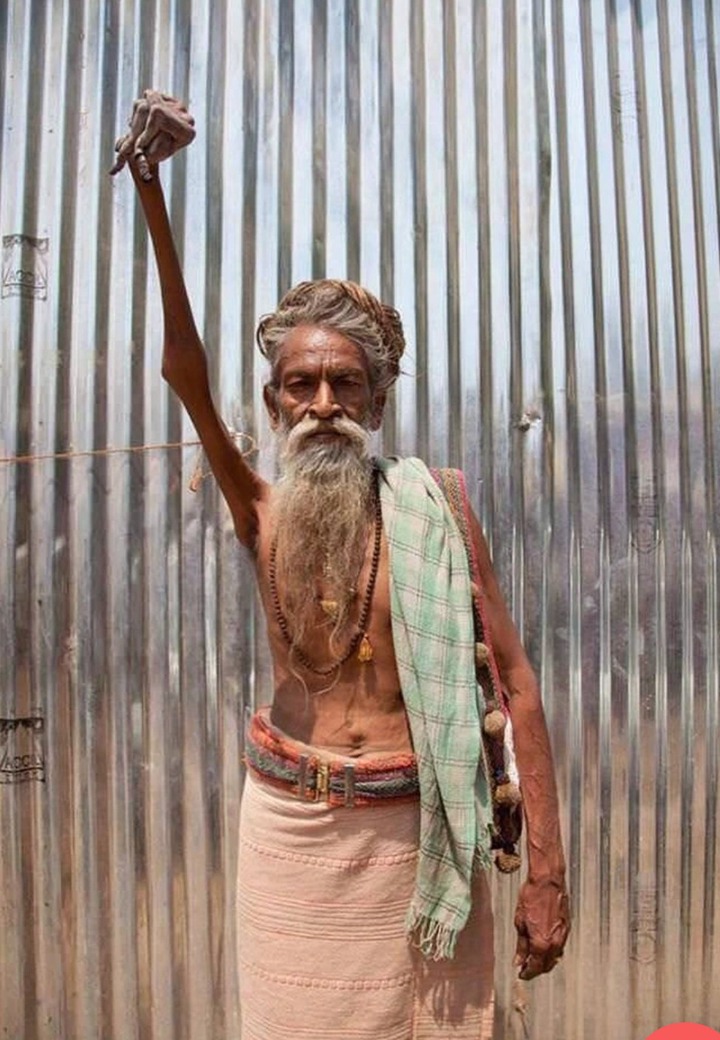 He left everything behind to pursue his destiny as a Monk, deciding to live a spiritual life free of earthly possessions. Amar took the decision to devote his entire life to Shiva, the Hindu god.

Being a monk was not easy for Amar at first, and he was tempted to go against his beliefs several times. Amar had to do something new to show his solidarity with the god Shiva because of these temptations.

In 1973, Amar made the decision to raise his hand for the rest of his life. People travelled from all over the world to see him because of this deed alone.

Amar stated that he keeps his hand up in that position because he opposes war. He lifted his hand in the air to express his desire for world peace as well as reverence for his god.

It was not a pleasant experience for Amar when he first raised his hand. Despite the fact that he was in pain, he did not lower his hands from the sky. Amar began to lose feelings in the band as the years passed, and the agony gradually faded.

Amar's main wish is for everyone to put an end to the war and live in peace. Amar is still alive and well, holding out his hands as he promised, and he has encouraged many people to follow in his footsteps and become monks. 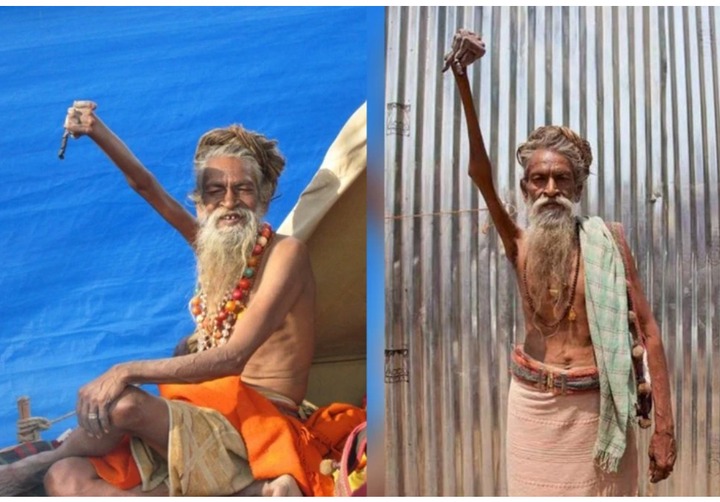 Many Monks have attempted to hold their hands up for an extended period of time, but none have been able to beat Amar Bharti's record. He is still the only person who can hold one hand in the sky for years.

Amar would find it difficult to lower his hands for a variety of reasons, including health and spiritual concerns.