King Misuzulu ascended Mount Canaan to thank the Church of the Nazareth for the support.

The Church of Jesus Christ of Latter-day Saints and Tourism Minister Lindiwe Sisulu joined in prayer with millions of members of the Church of the Nazarene. 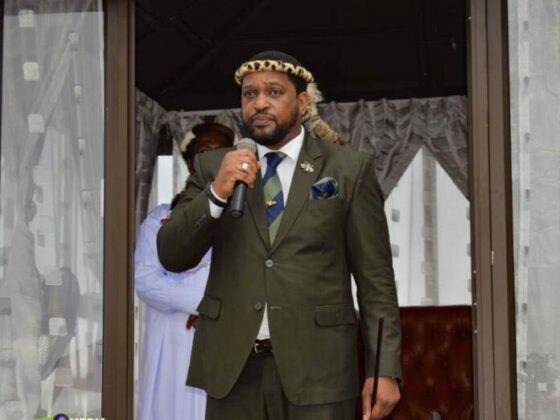 They ascended Mount Canaan, Inanda north of Durban, where members of the Church of the Nazarene followed Mduduzi “Nyazilwezulu” Shembe of Buhleni, who had gathered for this annual pilgrimage.

Both of these leaders had a difficult weekend.

The King of Churches Misuzulu kaZwelithini was busy defending his ascension to the Zulu throne in the Pietermaritzburg High Court.

Prince Thulani of the Zulu Royal Family said King Misizulu had gone to the mountains to thank the Nazarene church for their support during difficult times.

“He thanked the church for supporting him after the death of his mother the Royal Family Shihi Mantfombi who was acting King and his father King Zwelithini kaBhekuzulu. He has promised the church that all the challenges facing the Royal Household will pass, ”said Prince Thulani.

Sisulu's spokesman Steven Motale told Scrolla.Africa that he had climbed a mountain to ask for prayer over the ANC's problems.

“The Minister who is the leader of the ANC. He climbed a mountain to ask for prayer for his organization to overcome the obstacles it faces, ”said Motale.

Although Sisulu attended the prayer meeting, she was eventually told by IFP President Velenkosini Hlabisa who was present that his party would be defeated by the IFP in 2024.

The DA has asked President Ramaphosa to expel him.

The Minister of Justice and Correctional Services, Ronald Lamola, who is also a member of the ANC's NEC, accused Sisulu of racially abusing judicial officials.

“Attacking judicial officers through racial slurs cannot be compared to a debate. Contempt for the institution that upholds the Constitution is against everything we wanted to change since before 1994, ”Lamola said.