Many Muslims Believe This Floating Stone To Be A Miracle From Allah, But Here Is The Main Truth

By Brainboss (self media writer) | 13 days ago

According to legend, the photo above depicts a big rock floating in Saudi Arabia following each April's miracle. However, is the image correct or incorrect? This photograph of pumice is one of the most popular on the internet, particularly among Muslims.

In Jerusalem, this stone is referred to as flying stone, pumice, or stone. Many feel that this is an Islamic miracle. Since 2010, the photo has been spreading around the web, appearing on a variety of blogs, websites, and social media platforms. We observe a big boulder floating 11 cm above the ground within. 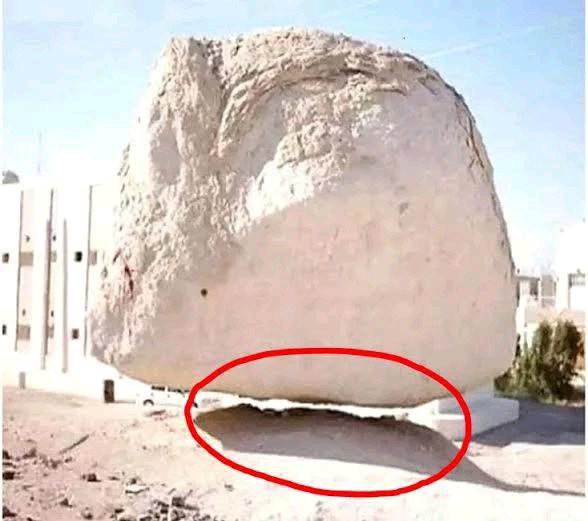 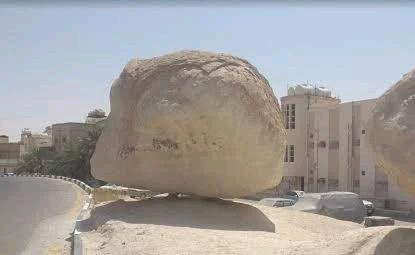 According to some accounts accompanying the image, in 1989, a criminal concealed himself behind this rock and mysteriously rose from the ground, displaying the legs of a fugitive who was later apprehended and executed.

Since that day, the text states, the levitation phenomena has occurred once a year, always in April, and serves as confirmation that miracles do occur.

According to another online version, the magical stone is located in Jerusalem! Additionally, some Muslims believe it is a miracle from Allah. 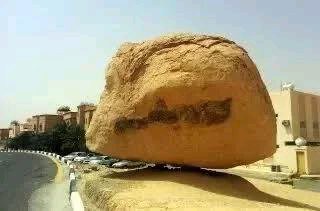 Examine the photograph below to determine whether it is genuine or a forgery:

Is this true or false?

The photograph is a forgery. The scale's underside is digitally forged.

The large rock is located near Al-Ahsa (eastern Saudi Arabia) and is really supported by three little stones that protrude from the earth, as shown in the image below:

While we were unable to locate the original photograph used in the montage, I did come across numerous blogs featuring photographs of the same rock taken from a different angle. An illustration of this can be seen in the photo above.

The State Of Zimbabwean Rail Transport Got People Talking