By Truthbooth (self media writer) | 14 days ago 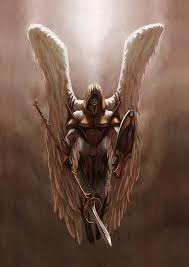 A lot of people think that this world that we know and read about in the Bible is the first world that God ever created. The Lord said that he created us in his own image, this means that we are a similar model of how he is. This means that the way that we think is similar to the way that the Lord thinks, not in intelligence or wisdom but in direction. A human being loves things that he created himself and strives to create more things like the one that he loves. God created the world and he loved it so much that he gave his only son so that the people could wash their sins. It even says in Genesis that after the Lord created the Earth that he was very pleased with himself. The Earth was his greatest creation and achievement after the heavens which he calls home. There was a world before this one and that world was more precious and beautiful than this one. It was a world filled with people of power and angels. This was before Lucifer was even born. This was a world of warriors and philanthropists, drunks and adventurers. This world was like heaven, but the angels and people lived and behaved liked humans. God had a very close companion called Hylaron, this was the first angel that the Lord had ever created. He was the general of that world's army because there were other world with angels and people like power as well. Some of them belonged to the darkside. Evil was there even in that time because in order for good to exist, evil has to exist as well to create a perfect balance. 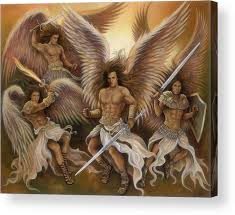 The people of that time didn't chase after success and money because their world was full of precious stones and diamonds. A diamond was like the stone that you find laying everywhere in the street, all the big stones were made out of gold. The people of that time chased after power and ultimate strength. As time went on God realized that the people he had created were getting out of control. They were going to the dark worlds and learning their techniques to increase their power levels. The Lord sent for Hylaron to ask for his take on things, Hylaron told the Lord that the angels and people of power were starting to become too powerful. He had fears that they would rebel because Pathos, the general angel under Hylaron was started to second guess Hylaron. Hylaron told the Lord that they were planning a rebellion. Pathos wanted to take the Lord's seat in that world as Supreme ruler. What Pathos did not know was that the Lord had never shown anyone even 1 percent of his strength. The power of the Lord is life itself meaning that he can't be destroyed. He has borrowed every living thing in his universe a piece of his power, he can take it back anytime he needs it. The Lord had also hidden Hylarons true power from himself, he knew that he was stronger than all of the angels combined, but not that he could kill them all. Pathos started plotting against the, lord and Hylaron put scouts around the Lord's home which was behind a mountain made out of Gold. Pathos commanded his armies to storm the Lord's home and attack him all at once. The scouts that Hylaron put on alert alerted hylaron and he came with the angels who refused to rebel against the Lord. They formed a barrier between the Lord's home and Pathos, s army. 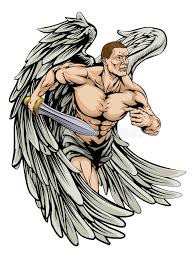 A great battle ensued, but because Pathos had the more powerful angels because of the dark world power techniques, he overwhelmed Hylarons army. Hylaron was loyal to the Lord and he was willing to die for the Lord. He stood firm and all the angels were afraid of him because they knew that he was more powerful than they were. No angel actually knew him in his last state of power, he started to charge up and lightning struck the angels down one by one up until Pathos was the only one left. Pathos had been training on the dark world for a while in secret now, his power level was very high as well. Pathos attacked Hylaron thinking that he could defeat him and charge over the mountain to face the Lord. Hylaron took his energy blade and decapitated Pathos with one single blow. All the dark energy that was trapped inside Pathos took Pathos, s soul and transported it to the God of the dark world to devour. After the battle was over l, the Lord came out from behind the mountain to congratulate and thank Hylaron by giving him even more power. He sensed that the world was dying because those angels who used the dark lords energy were dead. Their souls weren't powerful enough to fuel the dark energy back to the dark world. The world was full of dark energy and all the divine beings and trees were starting to die. The Lord's Ora could not stand the negative energy and his body released a charge to counteract the negative energy. This sent a wave of fire and lightning combined all around that world and destroyed it. This is when the Lord created the world that we live in today. Hylaron is a king in heaven, and the Lord has given him people and a great land to rule over, he will call upon him when he needs him again. 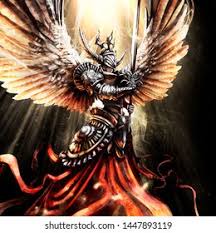 Spiritual rituals are performed great on the crossroads