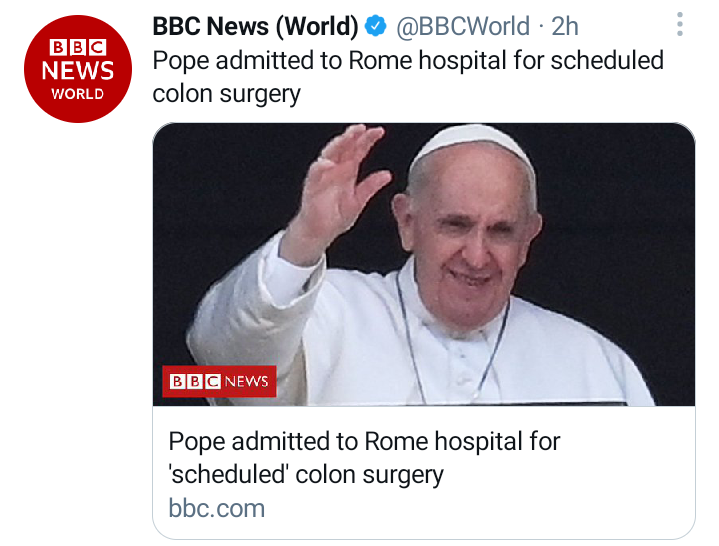 Pope Francis has been admitted to hospital in Rome for scheduled surgery to treat a colon problem.

Vatican spokesman Matteo Bruni said there would be more information after the surgery had taken place at the Gemelli University Hospital.

This is the first time the pontiff has been admitted to hospital since his election in 2013. Some suspected phone snatchers have stabbed to death a staff of the National Commission for Museums and Monuments, Umar Muhammad on Saturday evening in Kano State.

An eyewitness said the incident occurred under a bridge, which is under construction near the popular Kantin Kwari textile market in the state metropolis,

The eyewitness said he saw a man struggling to free himself amidst a group of thugs who were trying to snatch his phone. 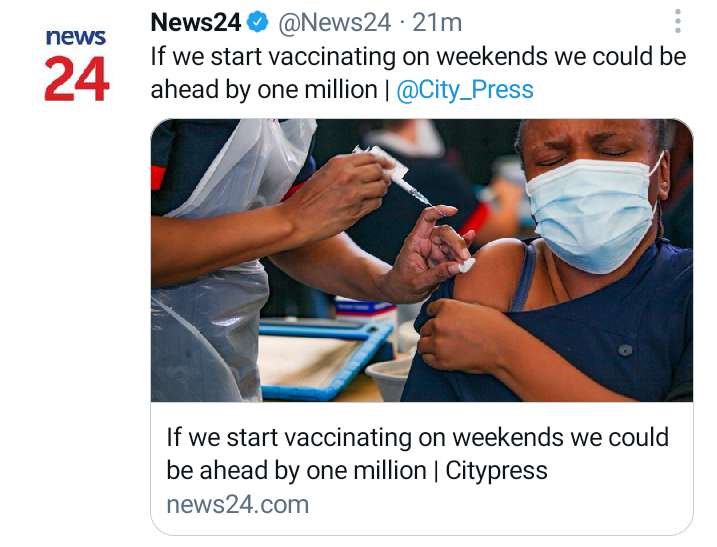 Nearly 1 million additional South Africans could be vaccinated every month if the state starts vaccinating on weekends at the same rate as during the week.

But that’s not happening because provincial health department budgets have been cut.

Only about 5 416 people are currently vaccinated per day on weekends and holidays, almost 20 times fewer than the 99 778 vaccinations done on average per weekday.

Daily vaccinations exceeded the 130 000 mark for the first time this past week.

“Provincial administration health budgets were all cut and all remuneration of employees budgets were frozen. This is common knowledge,” Dr Nicholas Crisp, deputy director-general of health, said last week when City Press sister publication Rapport asked him about the sluggish vaccination rate over the weekends. 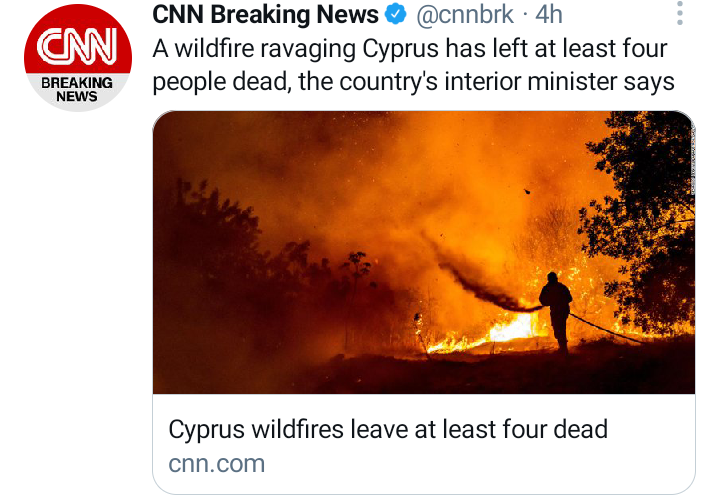 Four of the known victims of the fire have been identified as Egyptian nationals, Cyprus's Ministry of Foreign Affairs tweeted on Sunday.

The fire broke out on Saturday near Arakapas village in the foothills of the Troodos mountain range, an area of pine forest and densely vegetated shrubland.