By AllAfricaNews (self media writer) | 1 month ago

In an emotional post on Facebook the prophet Mellontik Orasi of Mellontik Orasi ministration posted a Facebook story in which he bemoaned visiting Java church,Mellontik Orasi a well known critic of social injustice and evil leadership is becoming a voice striking all areas in the society.

A battle of worship is erupting between the seer Mellontik Orasi and Passion Java,Mellontik Orasi has been on Java's throat for a very long from opposing his flaunting of money to the usage of vulgar language. Java is however quoted as saying he won't reply Mellontik Orasi because he specializes in prophesying deaths and is looking for a opening to declare death on him claims that Mellontik Orasi refutes.

In his post Mellontik Orasi said Java is a pagan and taboo to the word of God. 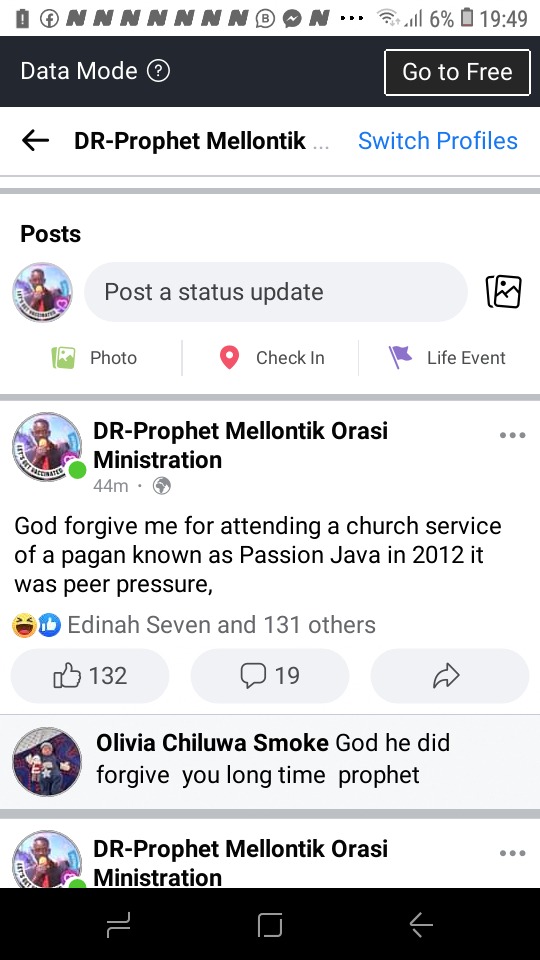 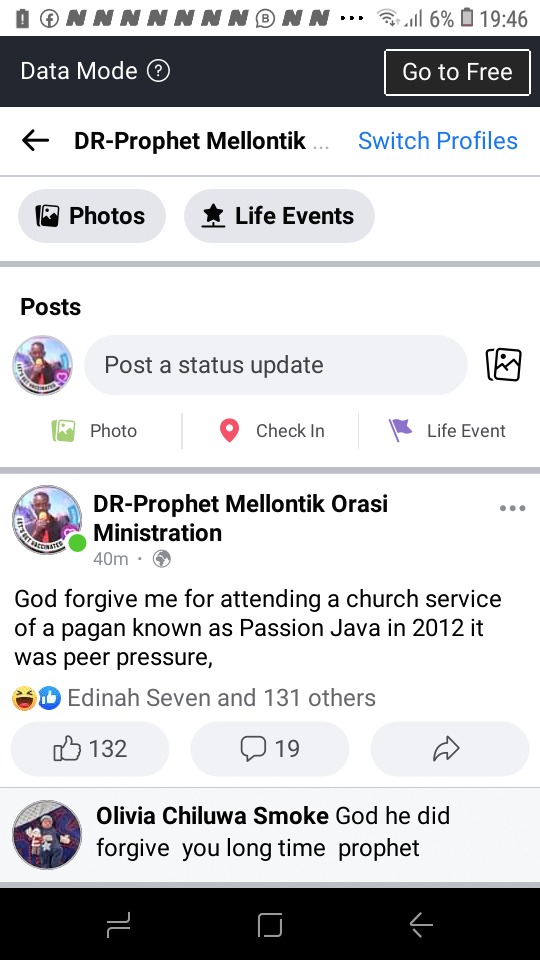 Here's 5 Reasons Why Most Married People Cheat On Their Partner.

PICS: Emotional Moment At The Funeral, Mother Passed Away And Left Husband And Two Young Boys