By Mkhondlo (self media writer) | 13 days ago

On Tuesday the 28th September 2021, Thousands of the Nazareth Baptist Church Ebuhleni branch took to the `streets of Durban as they held a peaceful march from King Dinuzulu park to Durban City Hall to submit their memorandum. It is estimated they were about 6000 marchers on the day and that was not the entire church. 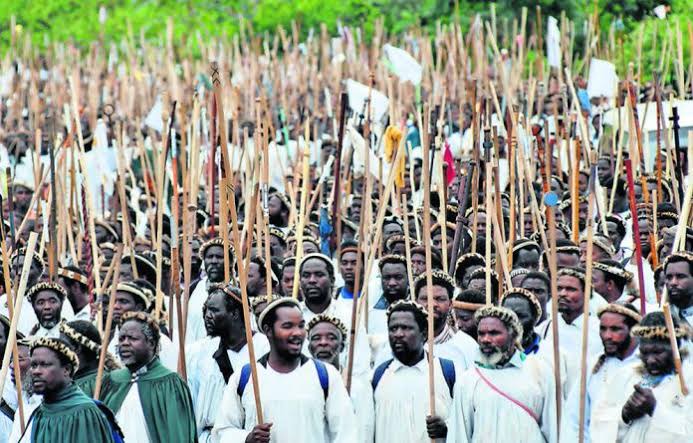 Many people do not know who Shembe is and they have made assumptions that are probably wrong or misinformed. Yes, they are predominantly Zulu speaking and their churches are mainly in KwaZulu Natal, Gauteng, and a bit of Mpumalanga province. The church has been overshadowed by succession battle which has seen the church being divided and factions arising from within the church. 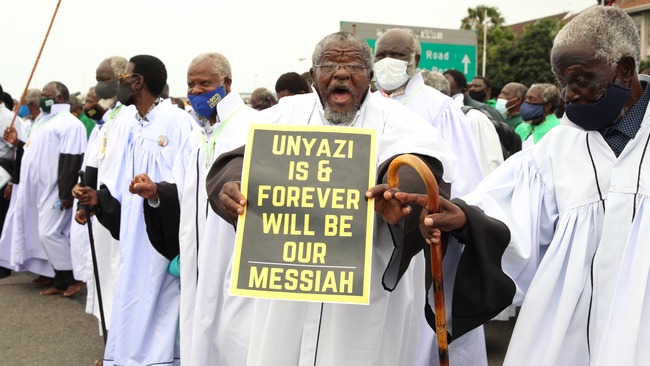 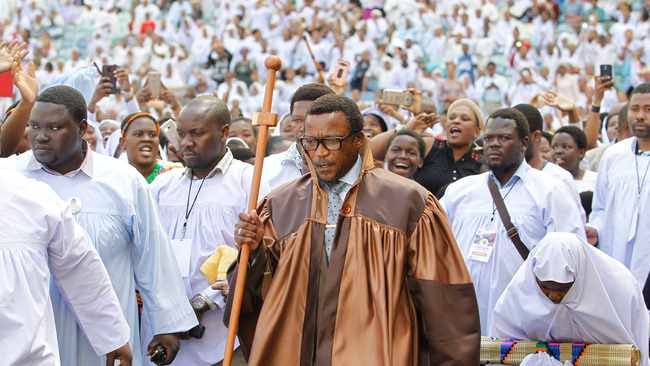 I will take you on a history lesson today on who the church is? where they come from and probably where they are headed. The church was found by Prophet Isaiah Shembe who was born in Ntabamhlophe Kwa Zulu Natal in 1867 and died in 1935. The title of prophet was designated by the Europeans and denied largely by Isaiah Shembe's son Amos and grandson Londa. Many of his people in the church and Zulu speakers view him as a God and almost an equivalent to Jesus Christ if not greater. 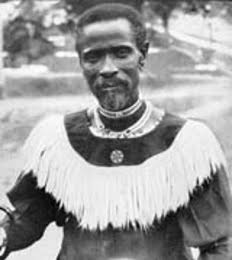 Johannes Galilee Shembe succeeded and managed to grow amaNazarite to become the second largest independent religious movement in Southern Africa. Bishop Galilee was also responsible for the translation of the sacred Shembe books from Zulu to English. following the death of Johannes the church was split into two groups led by Bishop Amos Shembe and the smaller group was led by Reverend Londa Shembe.

Isaiah Shembe believed Christianity was too European and had to be indigeonised. This view was denied by Londa Shembe who was brutally assassinated in 1989. Londa strongly believed that Shembe is an African religion on its own and is not an Africanized Christianity.

Currently the church consists of four branches which are Ebuhleni, Ginyezinye, Ekuphakameni, and Thembezinhle which are all found in Kwa-Zulu Natal. The current leadership war comes from as far back as 1976 when Johannes Shembe died. Amos Shembe and Londa Shembe argued on who the rightful successor to Johannes was? This dispute caused the church to splinter in two and led to the birth of Ebuhleni branch. 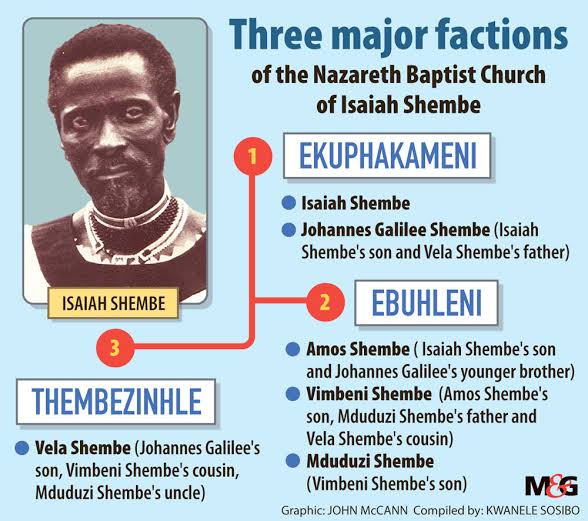 Like all other churches or denominations the Shembe church has its own rules, doctrine and beliefs which they do not compromise on. The church is largely confused with the Church of the Nazarene which is also one of the largest and oldest churches in Southern Africa. Current membership is estimated at around 2.4 million people.

The church believes in the trinity of God. God the father, God the Son and God the Holy Spirit of Ekuphakameni. The church observes Sabbath day and they keep it holy. Shembe males are to be circumcised at the age of 18 and they do not cut their hair. Members are baptised in a pool of water and they do not eat pork and smoke.

They do not use coffins when they bury their loved ones and they believe in sexual intercourse for recreational purposes only.