Solomon posted asking Dineo on her decision to be a Sangoma, "Is spiritual calling slavery? Opinion

This is what is happening, the devil is a cunning creature. He is moving very fast because he knows his time is short. Things that were lies have now become a reality, things that are a reality have now becoming a lie.

It is really very tough and it is really very disturbing that South Africans don't see what the devil is trying to achieve by doing this. Why don't you ask yourself a question that, why are almost of our celebrities getting initiated into this calling? The Devil knows that if he gets the celebrities, he gets everybody to believe.

These guys are being followed by a large number of people, getting one of them is getting the masses. This is just the devil advertising his tricks through the people that have got influence. Celebrities don't know that they are being used by the devil to the core.

People become sick, the sangoma say they have to be initiated. People have a problems maritally or other problems, the solution is for them to become Sangomas. What kind of a solution is that, should we all become Sangomas, because we have got problems. something is not right, but I know that as always, South Africans will see sense into this and try to defend it by all means.

I am not blaming Dineo, but it is just that we need illumination. It is not totally her fault, she was influenced by evil spirits to go astray. I pray that many South Africans they open their eyes, and see the damage that the devil is causing to their spirits.

May the Lord, deliver our nation 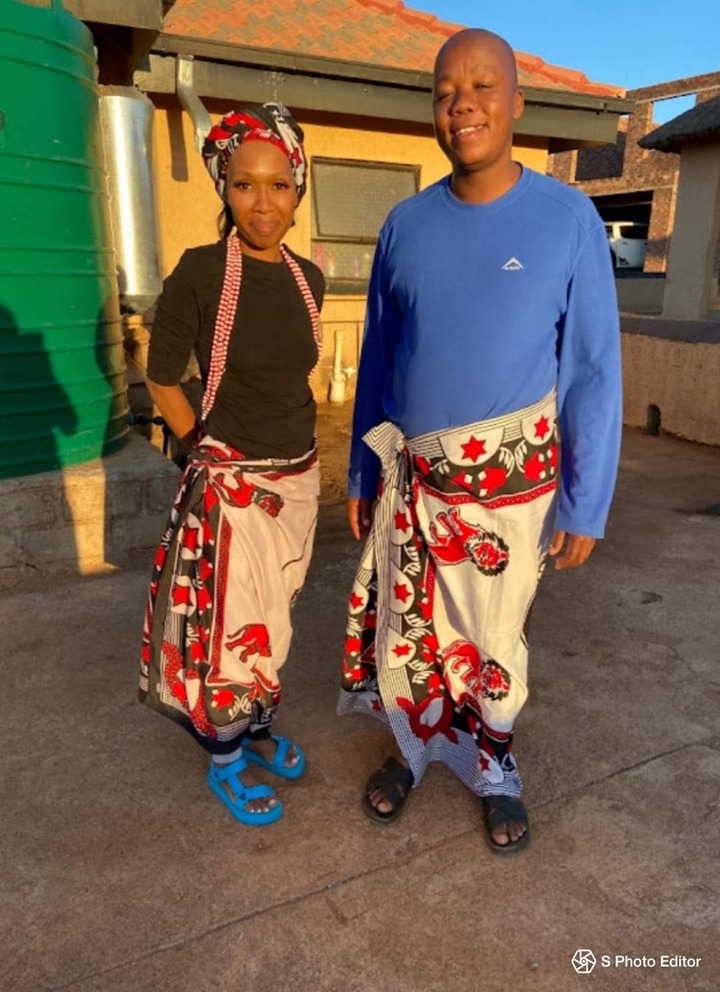 In explaining her calling, it became a concern for me when Ranaka narrated how at "first she fell ill in her early 20s, which led to a traumatic hospitalisation with doctors not knowing the reasons behind some of her illnesses." All because for 17 years she was running away from answering the call.

She said her illness evoked dreams and visions.

My concern is how it is always said that when one continue to run away from their ancestral calling, they will get sick or something terrible may happen to them. Why is one enslaved to the beliefs, spiritual and cultural practices of their ancestors?

Will God punish you just to force you answer your calling? Now don't tell me he did same thing to Paul or Jonah, study the context, it's entirely different. Paul was a murderer, Jonah was a prophet, Dineo is a media personality who is talented and loves what she does.

Furthermore, Dineo's Bible believing mother doesn't agree with her choice to become a traditional healer, but she never forced her to embrace Christ as Lord over all.

Sometimes, ancestral calling seems to be a violation of one's right to choosing their career and spiritual path in life. It shouldn't be so. Free will must be effected and not some spiritual oppression to get one to commit to becoming a Gogo.

My submission is, if you need any spiritual healing, go to God, NOT Gogo Somahashe!

He shared a picture of his meal of a cake, beans and coffee and a lot people were left unimpressed.

Congratulations To Zahara Though Many Are Accusing Her Of The Unthinkable