Woman covering their heads in church could be another form of abuse, not holiness: Opinion 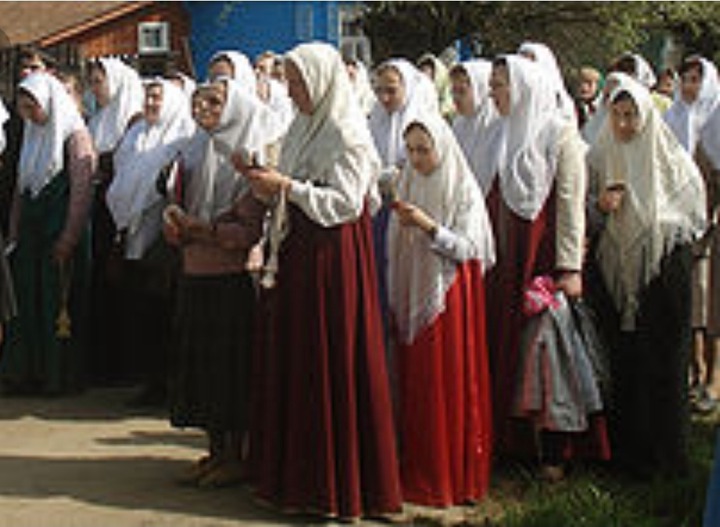 But I want you to realize that the head of every man is Christ, and the head of the woman is man,[a] and the head of Christ is God. 4 Every man who prays or prophesies with his head covered dishonors his head. 5 But every woman who prays or prophesies with her head uncovered dishonors her head—it is the same as having her head shaved. 6 For if a woman does not cover her head, she might as well have her hair cut off; but if it is a disgrace for a woman to have her hair cut off or her head shaved, then she should cover her head.

7 A man ought not to cover his head,[b] since he is the image and glory of God; but woman is the glory of man. 8 For man did not come from woman, but woman from man; 9 neither was man created for woman, but woman for man. 10 It is for this reason that a woman ought to have authority over her own[c] head, because of the angels

Yes, it may be good for people to say that women should cover their heads when they're in the church, but looking at the reasons why the Apostle Paul was saying this, you could see that no woman should ever be forced to cover her head.

We know that a verse must be interpreted by another verse. The same Bible says, "in the midst of two to three Witnesses, a matter is established, which means if there is no verse that also says the same thing, we can not make a doctrine out of that, because it is just a verse.

So this was one of all the instructions that came from the Apostle Paul himself to the church at Corinthians. He illustrates why women should have their heads covered. He said, "for the sake of honouring their husbands, and for the sake of the angels. Now honouring their husbands because they are their heads, then he continued to say, but they head of every husband is God. A man's head should not be covered their because of their head which is God, but women should cover their heads to honour the head of the family which is the husband.

If everything is done for the sake of honouring husband, then it has gotten nothing with the whole church. It should not be a matter that should be judged by the whole church, it is between the husband and the wife. If the husband sees no problem with his wife having her head exposed, then the church should stay away from the matter.