PRAYER: Lord, strengthen my faith in who I am in Christ Jesus

"If Mordecai, in front of whom you have begun to fall, is of Jewish descent, you will not succeed against him, but you will undoubtedly fall before him" (Esther 6:13).

There are certain people who can be mocked and insulted without repercussions, but there are few for whom the Lord God will go to war if they are targeted. It will result in repercussions. The Lord commanded the prophet Zachariah to tell the Israelites that whosoever touches them touches the apple of His eye (Zach 2:8).

In the preceding passage, Hamman's wife and numerous men advised him to be very cautious, for if Mordecai is of Jewish lineage, he is unstoppable, and (Hamman) will inevitably fall. Similar statements can be found throughout the New Testament. The spiritual Israel of today is born again Christians, who are adopted into the Jewish line via trust in Christ, just as Abraham was made righteous through faith in the Almighty. The Lord warned that his prophets and anointed people should not be harmed as they go from country to country and kingdom to kingdom, since anyone who disobeys will face punishment (1 Chr. 16:25).

Ritualists kidnapped a brother and two other men and women in Umuahia, Abia State, Nigeria. They were herded back to their base and murdered. One of the male victims was slain in a fraction of a second, and his blood was drained right in front of their eyes. They arrived after the brother and told him, "You're next." "Can a person like me die in this kind of place?" he inquired with a Holy Ghost fearlessness. They repeatedly smacked him and threw him to the death point. Their sword landed with precision on his neck, but there was no cut. The Lord would not allow them, despite incantations and many tries. They wanted him to go right away. He stated that he would leave on two conditions: (1) drive him to where he could get a vehicle, and (2) accompany him on the trip with the girl who had accepted Christ. The terms were accepted. Our church has ordained the Brother as a pastor. You, too, are unstoppable.

CONTROLLING THOUGHT: Every Christian is a gift from God. PRAYER: Lord, strengthen my faith in who I am in Christ Jesus, Amen. 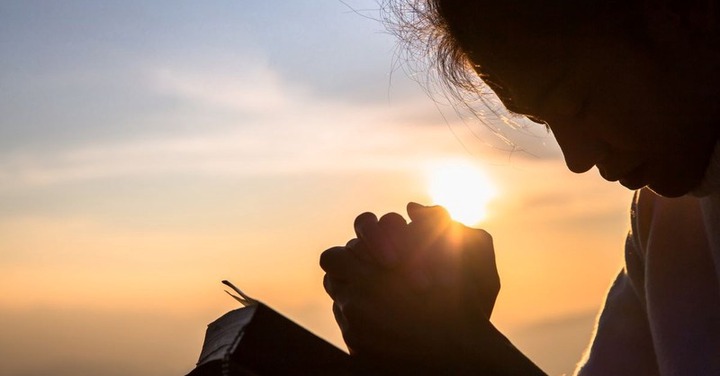 Gangsters armoury unearthed, guess what they were planning to do?

Lunch with family and carrot cake

Boity Confirms She Is Healing Well After Bujy Scarred Her Face