Check Out These 5 Signs Of Fake Pastors & How To Identify Them.

Christians should be on the lookout for false prophets who appear in sheep's clothing but are hungry wolves on the inside, according to Matthew 7:15 in the Bible. 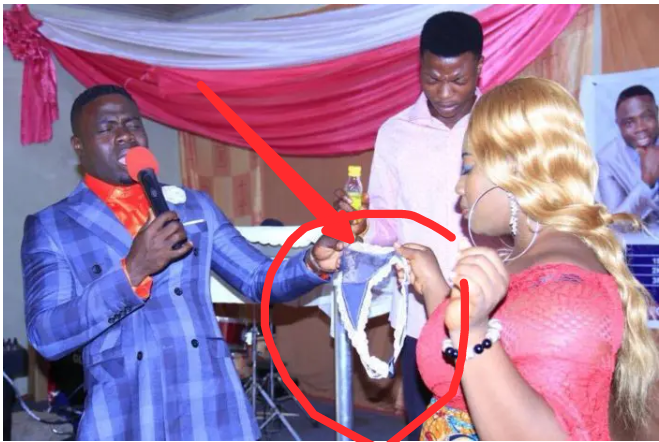 It is possible to find hundreds of Biblical quotes that explain false pastors, their manner, and how to spot them.

Christians are cautioned in 1 John 4:1 not to believe every spirit, but rather to test the spirits to determine if they are from God, for many false prophets have gone out into the world, according to the Bible.

Numerous prophets have appeared in the world, each claiming to be a representative of the Almighty. The number of churches and pastors has increased dramatically in recent years, especially in Africa.

Church members who were not paying attention were duped by pastors, it has been documented. Extremism and mental enslavement are prevalent in the contemporary christian dispensation, with several cases being reported each week.

People who call themselves Christians no longer pay heed to God's Word. This time of year, miracles are in demand, and that is exactly what the phony pastors are offering.

In this section, you will find five (5) indicators of impostor pastors.

For the most part, the false pastors/prophets are concerned with obtaining publicity and increasing their financial wealth through various means. Preaching salvation or speaking out against sin will not assist people on their journeys.

In most cases, fake pastors do not preach at all, and if they do, they tell their congregations what they (the congregations) want to hear, rather than what God has inspired him (the preacher) to say in the first place.

It is the goal of fake pastors to produce miracles and elevate themselves to the status of demigods. If you find yourself in a church where the pastor does not preach redemption and does not speak out against sin, you should be aware that you have undoubtedly found yourself in a false pastor's house of worship.

It is not God's will that any pastor sells "wonder goods" in his church. Various items, such as holy oil and holy water; salt; soap; chains; fragrances; powder; and other similar items are frequently offered at outrageous rates in churches where the false pastors conduct their operations.

Members of the congregation are encouraged to place their trust in such miracle products, and they are forced into purchasing them. It becomes difficult for their members (fake pastors) to challenge the acts of their pastors as a result of the intellectual indoctrination they get from them.

3. They Charge High Prices For Counseling And Consultation Services:

Money is the only thing that fake preachers care about. One of their primary goals is to take advantage of their weak members in order to profit financially from them.

In order to prevent their flock from getting any closer to them, fake pastors have made it exceedingly tough for them.

It's not simple these days to have a meaningful conversation with your minister. In order to talk with a priest for even 10 minutes, one must spend more than one hundred cedis.

Before they may talk with a pastor, those who are facing difficulties and who may want spiritual guidance must first raise the necessary funds. The pastors who demand money from their congregations before speaking with them cannot possibly be from God.

4. Most Of Them (Fake Pastors) Have Bleached (Their Skin):

Many impersonators have altered their skin tone from dark to red in order to appear more authentic (white). They are more stylish and materialistic than the previous generation of students.

On top of the bleaching, they also adorn themselves with costly jewels and lead lavish lives. They always bleach their hair to match the skin tone of their spouses, which is a fascinating observation to make.

The skin color of genuine pastors is not a concern for them. Everything that God has given them is appreciated.

5. Fake Pastors Give Themselves Titles And Constantly Demand Praise From The Congregants:

It is impossible to believe that a pastor is sincere if he continually wants adulation, especially after he performs a "miracle."

Authentic men of God do not seek recognition; rather, they offer all credit to Jehovah God for their accomplishments.

The lines "I healed him of his sickness," "I set you free," and "I am the greatest of them" are frequently used by impersonating pastors when speaking. It is clear that they do not acknowledge the presence of God in their work.

Is There Anything Christians Could Do?

The prevalence of fake pastors can be attributed to Christians' growing tendency to be lazy and too reliant on authority throughout time. The vast majority of Christians, rather of placing their confidence in God, have placed their trust in their Pastors, treating them as if they were gods.

Christian women and men are encouraged to do the following in order to avoid being duped by impersonating men of God:

-Pray and read your Bible on a regular basis.

-Belief in the Almighty God as being superior to any preacher or authority figure.

-Prayer and faith in one's own prayers are essential for success.

-Stay away from beliefs that elevate pastors while demeaning God.

-Putting their trust in God's word rather than in miracles

Let us be on our guard, brothers and sisters, for we will recognize them by their fruits.

To Solve The Issue Of Crimes In South Africa, This Is What The Government Should Do || OPINION