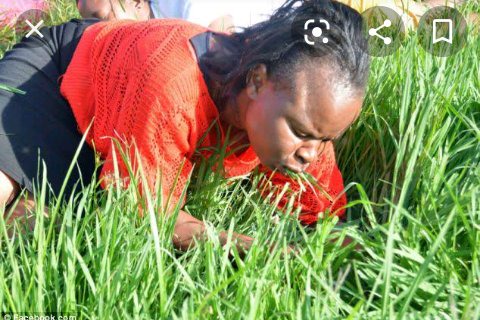 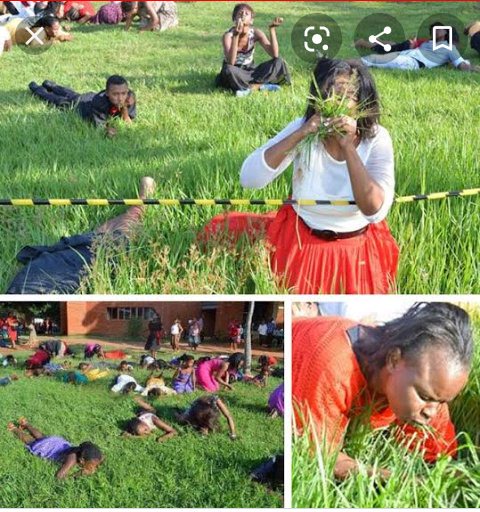 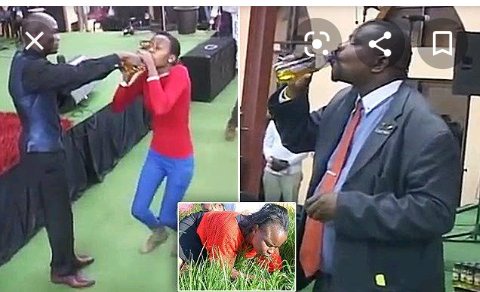 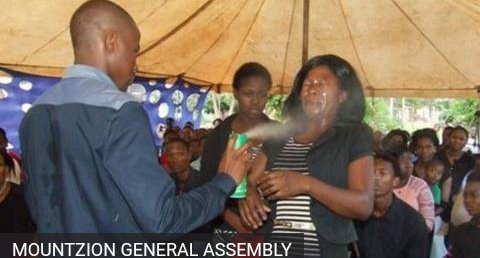 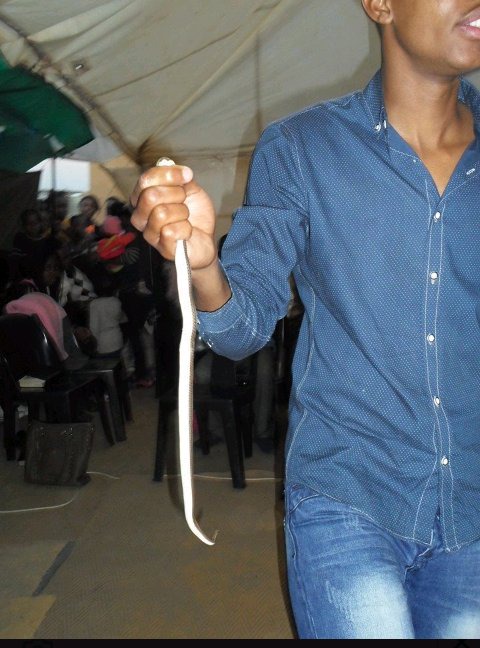 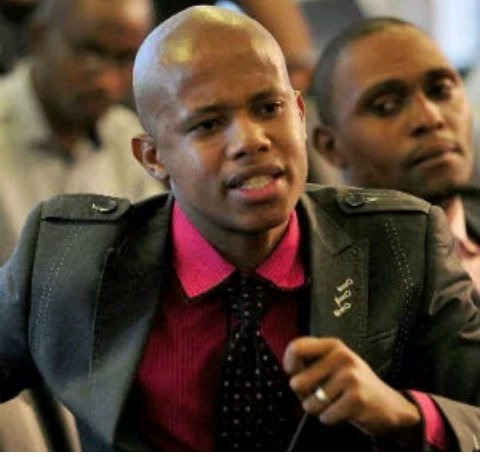 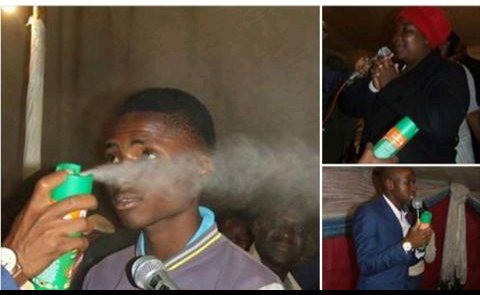 1.GA-RANKUWA – Another attack was carried out by Pastor Lesego Daniel of Rabboni Centre Ministries, who is infamous for compelling the members of his flock to consume grass.

He asserted that his congregation drinks gasoline because, according to him, it has a "sweet" flavor.

It has a taste similar to that of pineapple.

On YouTube, the pastor can be heard preaching to his church and encouraging them, while members of his congregation can be seen begging for a taste of the gasoline.

Members of the congregation referred to it as "pineapple juice" and said it had a "sweet" and "pleasant" taste. They also compared it to "Iron Brew."

A handful of them plead with the pastor to provide them with more, saying, "Please give us some more."

According to healthline.com, gasoline is a carcinogenic substance.

One of Pastor Mnguni's congregants is made to eat a snake against their will.

According to a post that was made on the Facebook page of End Times Disciples Ministries, the pastor gave the congregation the assurance that he possessed "the authority to change everything into anything and everything will cooperate because of our authority."

In photographs that have been circulated on social media, the preacher can be seen holding a snake in his hand while he is giving his sermon. In addition to that, he helps two audience members, a man and a woman, open their lips in order to make room for the snake.

Pastor Mnguni makes his congregation eat a snake as a sacrifice. Picture courtesy of Facebook Pastor Mnguni has a history of engaging in peculiar behaviors; this is not his first time. At the beginning of this year, it was rumored that he forced his worshippers to remove their clothing before praying for church members on top of them. While the rest of the congregation was joyfully singing and dancing, he leapt on a female congregant for whom he was praying and began to pray for her.

3.Lethebo Rabalago of the Mount Zion General Assembly (MZGA) in Limpopo has openly shared photos of himself spraying congregants with Doom Super Multi Insect Killer to treat various ailments on his Facebook page. The photos were posted by Lethebo Rabalago himself.

The tweet that was sent out on Saturday was worded as if it were quoting a member of the congregation, saying: "When I got here, I was experiencing back and stomach agony. After the prophet blasted me with doom, I have been made whole again. After the prophet sprayed me with Doom, I started to experience some drainage in my nose, which had been clogged for the previous week. I give thanks to God for my healing."

When CNN called Rabalago and asked him questions about his use of insect spray, he refused to answer any of the questions and then hung up the phone. MZGA was not available for comment; nevertheless, in an interview with Wired, he stated the following.

Photos Of Natural Trees That Look Exactly Like Human Beings

No one will tell you this for free, use ant hills to solve your spiritual and physical problems