Shembe apologizes for the Nazareth march that was in Durban.

By XoliswaKubheka (self media writer) | 12 days ago 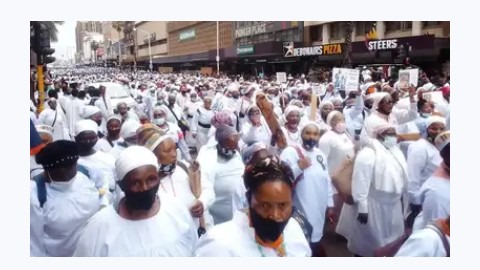 The official leader of the Nazarenes after being acquitted by court is Phinda Shembe at dawn, He was disappointed with the march by members of the church in Durban on Tuesday in sympathy with Nyazilwezulu.

According to a congregation spokesman, Mr Nkululeko Mthethwa, the enlightment conveys the apology for the actions of the Nazarenes who have shown contempt for the church.

"Inkosi said , he apologized to the people of eThekwini who were affected by the march and to the community at large. 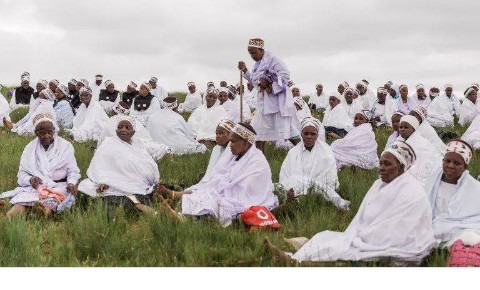 He said he is sorry for the actions of church members who marched, the believer does not march but prays when there are problems.

What the marchers did was to tarnish the image of the church as they dressed in the holy Nazarenes.

They shouldn't wear it because what they were doing was against the laws of Nazareth, they also violated the provisions of Covid 19 which allows to accommodate no more than 500 people in an open space as they have been plentiful in this regard", says Mr Mthethwa.

The march from Louis Botha's march to the market ended at City Hall in Durban.

Nyazilwezulu spokesmake said, church members were marching without permission from the top leadership.