Did You Know? 1914 Is A Significant Year In The Bible Prophecy

Many years ago Bible researchers and scholars found a very important year in the Bible. They thought the misterious finding in the holy book would be the year that would changed the whole world. Let's read and see the facts that made them to see 1914 as an important year. 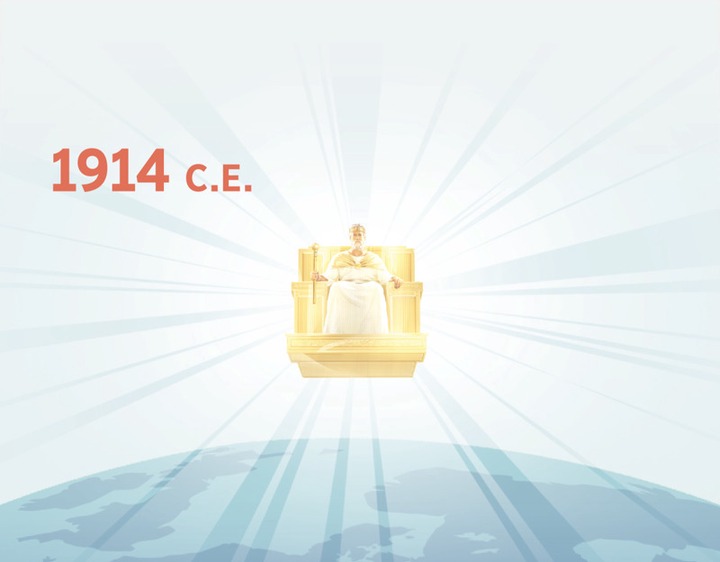 In order for us to see how researchers found this unique year in the Bible prophecy. Let's all remember that reading Luke 21:24 tells us that Jesus told his followers that Jerusalem would be trampled until the time of gentiles ended. Let's all remember that history points that Jerusalem was invaded by Babylon in 607BCE. What happened is that the line of Kingship of Israelites was interfered. During that time the inheritance line of Israelites got destroyed for good. Off course the line of Kingship ended there when Zeddechiah was blinded and jailed in Babylon. He became the last king of Israelites.

In other ways when the Kingship of Israel stopped it was as if Jehovah God has stopped ruling Israelites. But Ezekiel said on his verse "Remove the turban, and take off the crown. . . . It will not belong to anyone until the one who has the legal right comes, and I will give it to him.” (Ezekiel 21:26, 27) “The one who has the legal right” to the Davidic crown is Christ Jesus. (Luke 1:32, 33) So the ‘trampling’ would end when Jesus became King.

Therefore after Kingship of Jehovah's men ended. It was like his rule has been trampled by nations. But he had to give the trampling some time that had to pass until Jesus becomes the king. So this shows that Jesus had to wait for thousands years to become the king as nations trampled Jehovah's rule.

﻿How Did Then 1914 Appeared in the Bible 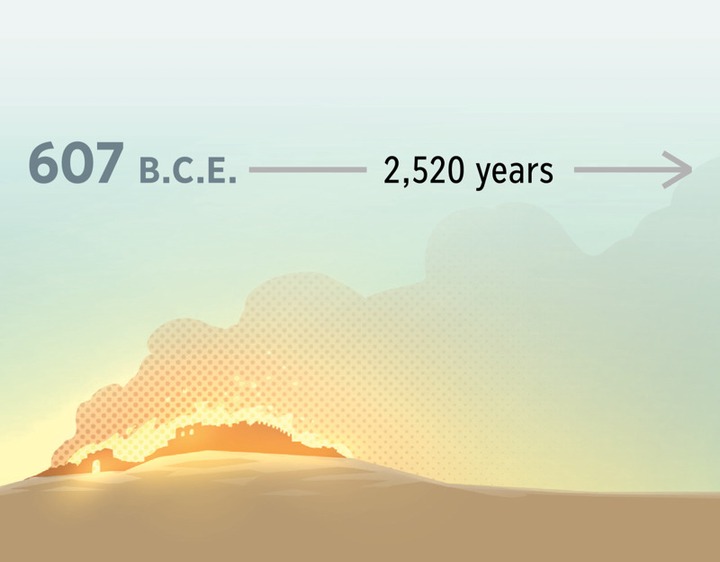 When would that grand event occur? Jesus showed that the Gentiles would rule for a fixed period of time. The account in Daniel chapter 4 holds the key to knowing how long that period would last. It relates a prophetic dream experienced by King Nebuchadnezzar of Babylon. He saw a tree of enormous height that was chopped down. Its stump could not grow because it was banded with iron and copper. An angel declared: “Let seven times pass over it.”​—Daniel 4:10-16.

Revelation 12:6, 14 indicates that three and a half times equal “1,260 days.” “Seven times” would therefore last twice as long, or 2,520 days. But the Gentile nations did not stop ‘trampling’ on God’s rulership a mere 2,520 days after Jerusalem’s fall. Evidently, then, this prophecy covers a much longer period of time. On the basis of Numbers 14:34 and Ezekiel 4:6, which speak of “a day for a year,” the “seven times” would cover 2,520 years. 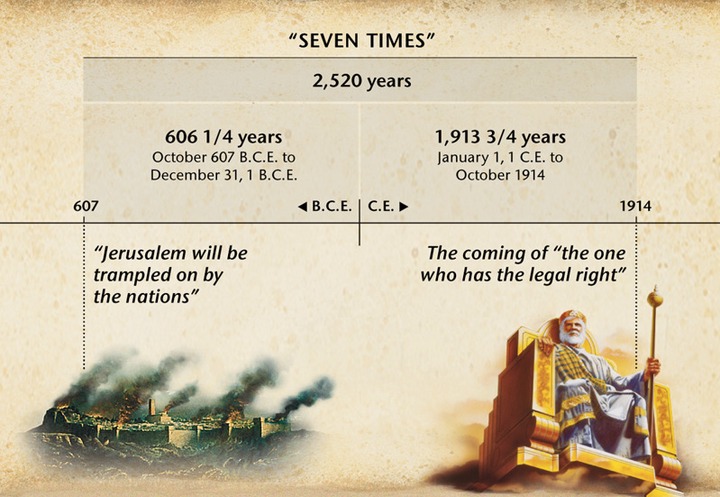 The 2,520 years began in October 607 B.C.E., when Jerusalem fell to the Babylonians and the Davidic king was taken off his throne. The period ended in October 1914. At that time, “the appointed times of the nations” ended, and Jesus Christ was installed as God’s heavenly King. - Psalm 2:1-6; Daniel 7:13, 14.