Blacks say it is from whites, whites say greeks, greeks say jews but none owns it, only God: Opinion 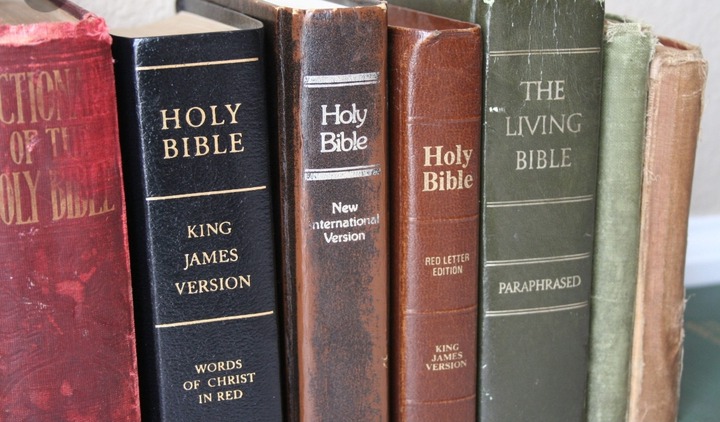 A lot of people putting their reasons on the surface, where they do not believe in the Bible, especially the black people who believe that the Bible is a colonial tool that was used by the white people trying to soften the hearts of their ancestors.

They they were trying to make them throw away their religion, their old ways of worship, replacing them with their own way of worshipping. Our black people believe that they were having a right way, where they were worshipping the ancestors. What we mean is their way of worshiping, where we go to the graves and worship the old people of the family, mostly the people that have big names in the family, or that originates the family.

It is only that the manipulation of the devil and it looks like it changes with beliefs. People believe different kind of things and now they are saying anybody who is dead in the family should become an ancestor, no matter how young the dead person was, even a small child can be called an ancestor, as long as that child is dead.

This is a very big manipulation or a lie from the devil. Now when you say the white people came with their own ancestor for us to worship, referring to Jesus, it it is not totally true. I don't agree with that because if he is the white ancestor, then Jesus would not be a jew, he would be someone from Britain or United States of America, and Jesus also should be a person who originated a certain family, he died with no wife and no child. There is no physical tracing of his blood line.

If I do understand the concept of ancestral worship very well, isn't it that, true ancestral worship is linked to the blood of the family, or same flesh. So how would Jesus qualify to be a white ancestor, so all the reasons that people do not believe in God or the bible, they are baseless. They don't make sense at all.

People are just trying to establish a strong wall of resistance, establish a strong sense of disbelief, by bringing those reasons. The Bible the way it is, if it was written by man that were trying to control other races or certain ethnic group, then the things that were predicted by the Bible would not be taking place.

There is no man that can be that accurate when it comes to predicting future events like the Bible. The kind moral values that are in the Bible, cannot be found in any other book. People that have read the Bible, and later read the Quran, also read the novels, they will tell you if they want to be honest that, there is no book that is well-written like the Bible. The moment you read it, you feel someone is speaking to you. So it cannot be just another book in the library, we have to believe the Bible is the book that is owned by God.

It is written through the inspiration of the holy spirit, and the Bible speaks of the children of Israel that went through a dry ground, when they crossed the Red Sea. Those that have studied the history, they said the Egyptians that were trying to follow the children of Israel, there is evidence that, they found the wheels of their wagons, bones of their horses, and evidence of some parts of their chariots.

They found old pieces of chariots right inside the red sea. It's the tangible evidence that has been recorded. The bible is true, it's up to the people to believe what they want to believe. I just hope that it won't be too late by the time they realise that they were led astray by history, science, or geography, thank you.