The nature of some regions around the world has developed over time, from areas where people simply designated as settlements to areas that now have some form of significance in terms of how those with personal links to these areas perceive them. These regions are frequently referred to as holy sites, and they are where a variety of activities take place, including prayers, sacred ceremonies, and, of course, sight-seeing in an attempt to connect with the divine. There are various regions or locations that have been designated as holy sites, but the Christian and Judaic attachments to Jerusalem and its environs, as well as the Islamic Mecca, are possibly the two most prominent. 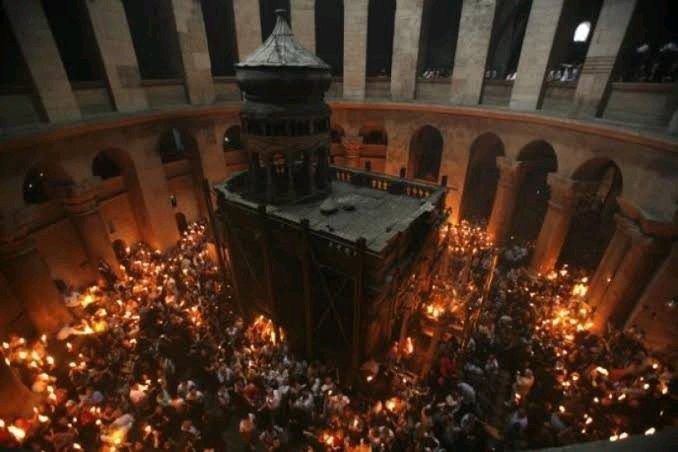 While these states or countries continue to be important to these religions and individuals who practice them, it is fascinating to note that these nations have religiously significant sub-locations. For example, a specific area or certain spots where supernatural wonder must have occurred in the past are considered as an Only place, rather than the entire city of Mecca. Similarly, the famed church of Sepulchre is one of Christianity's holiest locations, and some consider it to be the holiest point in Christianity's tie to Jerusalem. The stories that have been passed down from the Gospels to those who believe are the reason for this church's popularity and holy nature.

According to accounts, the Holy Sepulchre, also known as the Church of the Holy Sepulchre in Jerusalem, is believed by both residents and religious tourists to be the location where Christ's body was laid, crucified, and raised. The church, of course, had not yet been constructed at the time. According to sources, the church was built after the events that made the area famous, and it is now considered one of the holiest sites in modern Christianity. While this famous and extremely emotive edifice appears to be a spot cherished and revered by Christians, it appears to be in the custody and custodianship of two Muslim families, and there appears to be a long story that precedes this peculiar event.

The long history of how this church ended up in the hands of these two Muslim families began with the conclusion of a period when the city of Jerusalem was subjected to the Romans. Following the Romans, the city went to the Byzantines, who confronted a major structural problem with the church. Though a restoration was completed, it did not take long for the Church's history to become engulfed in politics. According to reports, the church was first under the control of certain Greek Christians, then transferred to the Roman Catholic church, and finally under the control of an Armenian Apostolic denomination. In fact, the church became so well-known and prominent that it drew the attention of not just well-known churches and Christian religious groups, but also ordinary people. It got to the point where everyone, even certain Ethiopian Christian institutions, started fighting with other for dominance.

Obviously, these out-of-control confrontations, in which many Christian religious organizations were already involved, had a big role in why control of the Church was transferred to Muslim families. The notion was that, as the church's custodian, a Muslim Guardian would not be as sentimentally devoted to it as a Christian family or well-known Christian religious institution would.

In any case, the actual conquest of the church and transfer of its power or ownership from Christians to Muslims began during one of the numerous captures of Jerusalem, this time by the Caliphate, specifically Caliph Omar. After Omar conquered Jerusalem and began delegating responsibility for the city to dozens of people, he realized that he needed to transfer the church's custodianship to a Muslim family known as the Nuseibehs in order to avoid a conflict brewing among Christian organizations, which could eventually lead to them attacking his newly conquered city. This is a powerful family with significant ties to Medina, as they frequently claim to be descendants of the Prophet. 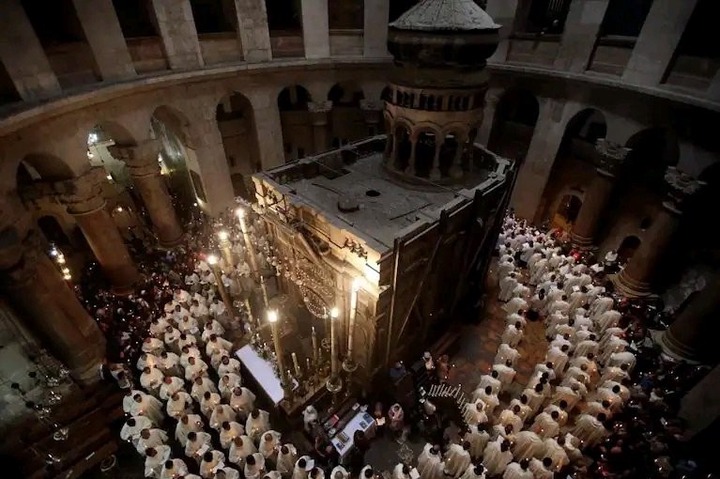 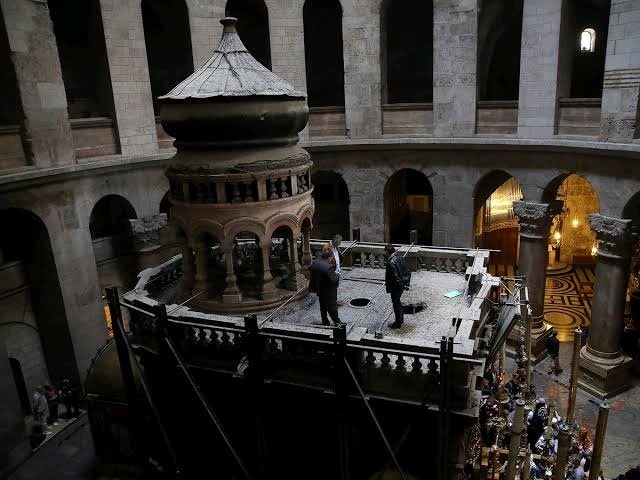 Jerusalem was recovered not long after, this time by Christians, who didn't really change the church's ownership because there were various affairs and events to cope with. While the Crusaders occupied Jerusalem, they left the Church in the hands of the aforementioned family until the city was retaken by Muslims, this time by Saladin, who left the church in the hands of the Nuseibehs. However, a second family, known as the Joudeh family, entered the picture. According to sources, this second family was chosen to care for the church alongside the original custodians while the city was under Ottoman administration. The keys are kept by the Joudeh family, although the Nuseibeh is in charge of opening and closing the gates.

Nomsa Madida causes commotion with her magnificence look in a stylish outfit on social media.