Is Islamic Black Stone/Kaaba Indeed Built By Abraham. Bible Is 4000 Years Old But No Information

By Maringozen (self media writer) | 22 days ago 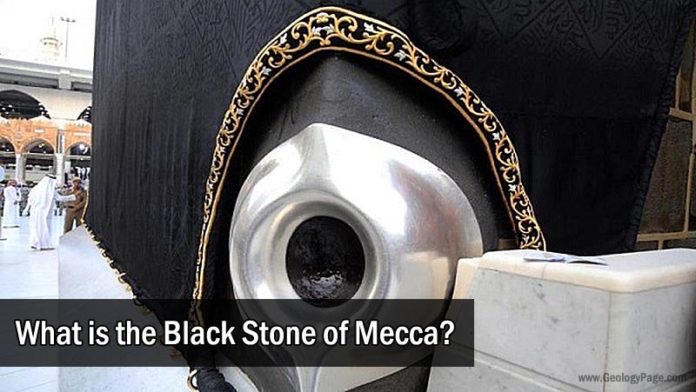 About a billion Muslims throughout the world view the city of Mecca as “the site of divine, angelic, prophetic, and auspicious human activity since the primordial moment of creation.” According to Islam it is where creation began, where Abraham built the first house of worship, and where he took his concubine Hagar and their son, Ishmael.

More recently, probably about 570 C.E., Mecca, Saudi Arabia, was where the prophet Muḥammad was born. At first his teachings were met with little response. Mecca was an oasis on the caravan trade route between India and Europe, and its powerful merchants feared that his religious reforms might lead to an economic slowdown. Failing to get a foothold there, the prophet turned to Yathrib, which became known as Al-​Madīnah (Medina), a city over 200 miles [300 km] to the northeast. But in 630 C.E., he returned to Mecca, captured it, and made it the spiritual center of Islam.

Today Mecca is a wealthy and cosmopolitan city, even though only Muslims may reside there. During Dhuʼl-Hijja, the holy month of pilgrimaging, millions visit to fulfill their religious duty of hajj. While in Mecca pilgrims visit the Sacred Mosque, where they walk seven times around a small shrine located near the center of the mosque’s roofless courtyard. 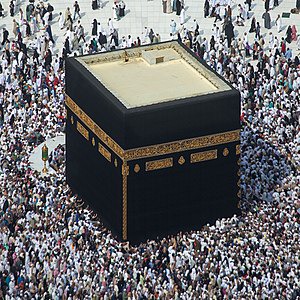 This shrine is the Kaaba, a cube-​shaped structure normally covered by a large curtain of black brocade and containing the sacred Black Stone. This stone, which Muslims believe was given to Adam for the forgiveness of sins upon his expulsion from Eden, was then supposedly white. In Muslim tradition the original Kaaba perished in Noah’s Flood, but the Black Stone was preserved and later given to Abraham by the angel Gabriel, after which Abraham rebuilt the Kaaba and restored the Black Stone to its proper place. It is in the direction of the Kaaba​—according to Islam the holiest place on earth—​that Muslims orient themselves in prayer five times a day.

From the perspective view of the reader how come that the oldest book the Bible does not have the content of Abraham building this structure. Where does Muhammad took this. The Bible is w4000 yeard old there is no book like it the whole universe. What if maybe even Koran was copied from the Bible to suit Muhammad's agenda. Koran is just 1400 years old. While Bible is 4000 years old.