Perched on top of sandstone pillars soaring 1000 feet above the ground, it’s incredible Meteora was even built. And it’s not just a hermit’s hut either – the complex comprises six full-fledged monasteries still inhabited to this day. The remarkable site has even inspired the impregnable fortress of Eyrie of the Vale, from Game of Thrones. 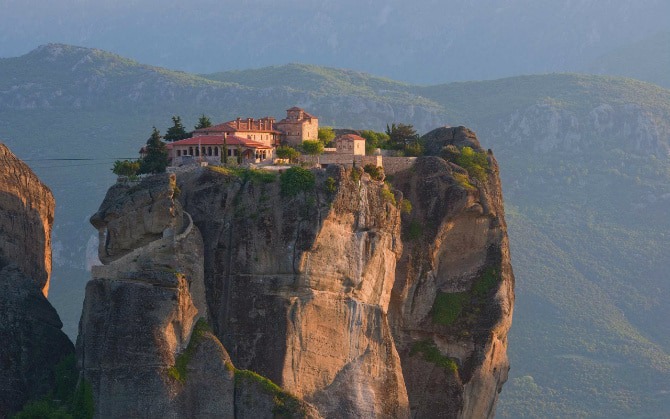 Named after the Danish pastor and philosopher N.F.S. Grundtvig, this imposing building, with its western façade reminiscent of a church organ, looks like something from a dystopian movie. Built using traditional materials and techniques, the edifice is a mix of Expressionism and Gothic architecture styles (which probably accounts for its somewhat ominous look). 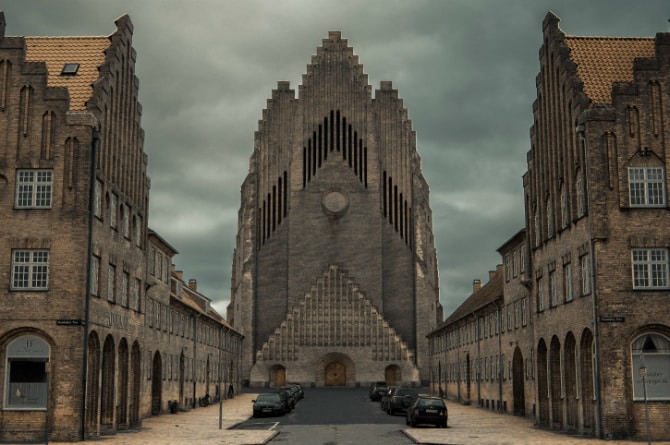 One of the largest, most impressive cathedrals in the entire United Kingdom, St. Paul’s Cathedral was built as a replacement for an older structure which was destroyed in the Great Fire of London of 1666. Designed by the acclaimed scientist and architect Christopher Wren, the building is still among the tallest in the City, dominating the skyline with its monumental dome. 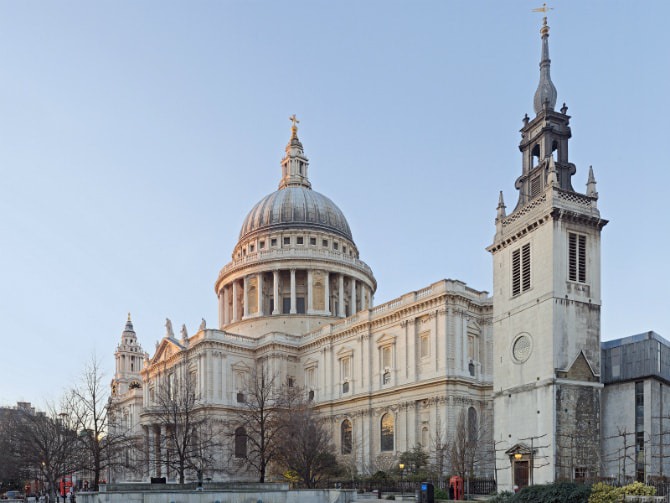 Sagrada Familia is the magnum opus of famed Catalan architect Antoni Gaudi. Still incomplete to this day, after over 100 years, basilica is a marvelous example of Gaudi’s modernized and personal take on the Gothic style of architecture, popular in Europe during the Middle Ages. Though its idiosyncratic design might seem a bit strange to some observers, it’s hard to deny the Sagrada Familia has a certain awe-inspiring air about it. 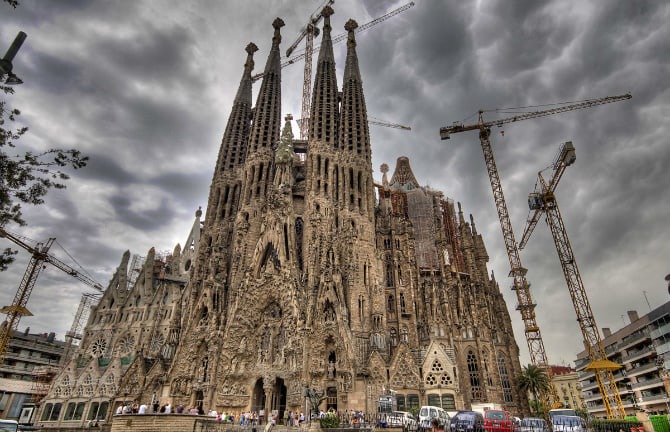 Notre Dame Cathedral is one of the French capital’s most remarkable landmarks. Completed in 1345, almost two centuries after work began, the imposing cathedral is one of Europe’s finest examples of Gothic architecture – which is also the main focus of Victor Hugo’s famous novel The Hunchback of Notre-Dame. 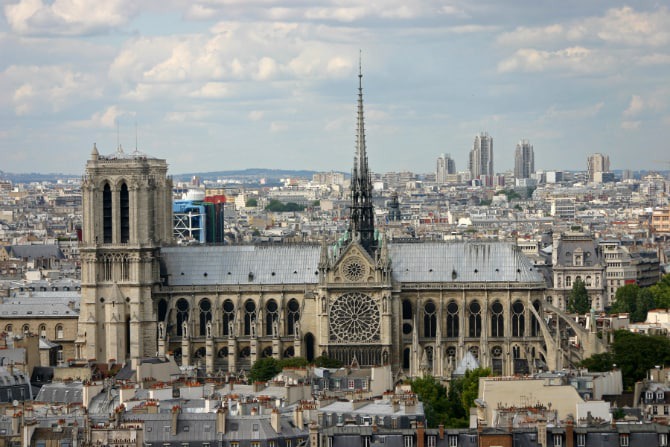 Built almost 1500 years ago by the great Byzantine Emperor Justinian, the majestic edifice was the largest cathedral in the world for almost a millennium. Used as an Imperial Mosque after the conquest of Constantinople by the Ottomans until 1935, it is currently a museum – and still stands as a testament to the skill and audacity of its initial builders. 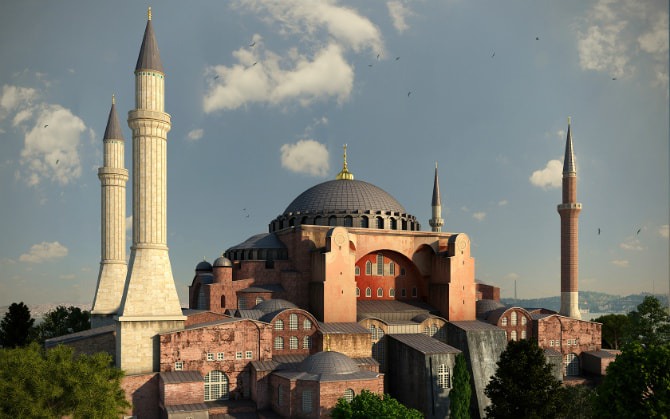 Located near the Moscow Kremlin and the Red Square, St. Basil’s Cathedral is one of the Russian capital’s most recognizable landmarks. Dedicated to the “holy fool” Basil the Blessed, who allegedly predicted a great fire that destroyed parts of Moscow, the cathedral was built during the 16th century by Ivan the Terrible. Its design, reminiscent of the flames from a bonfire, is unlike that of any other Russian edifice – a fitting embodiment of its patron saint’s eccentric spirit. 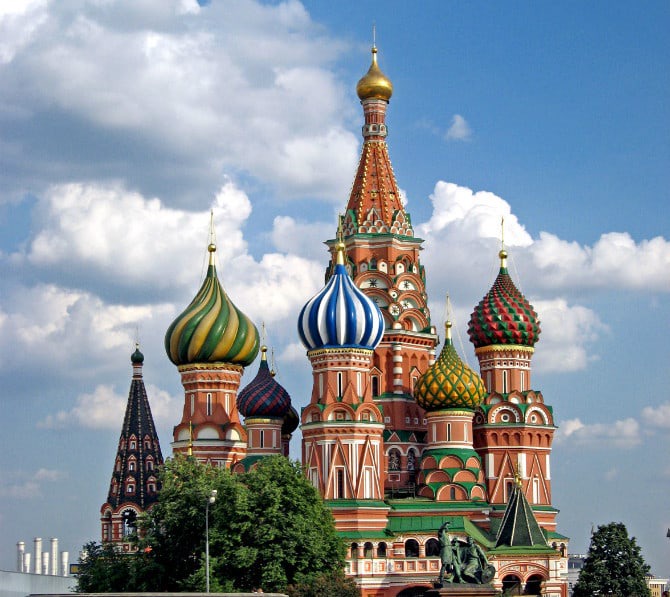 St. Peter’s Basilica in the Vatican is one of the most significant Catholic churches in the world. Designed by such luminaries as Donato Bramante and Michelangelo, it is considered one of the finest examples of Renaissance architecture and is definitely one of the most impressive edifices in Vatican City and even Rome itself. 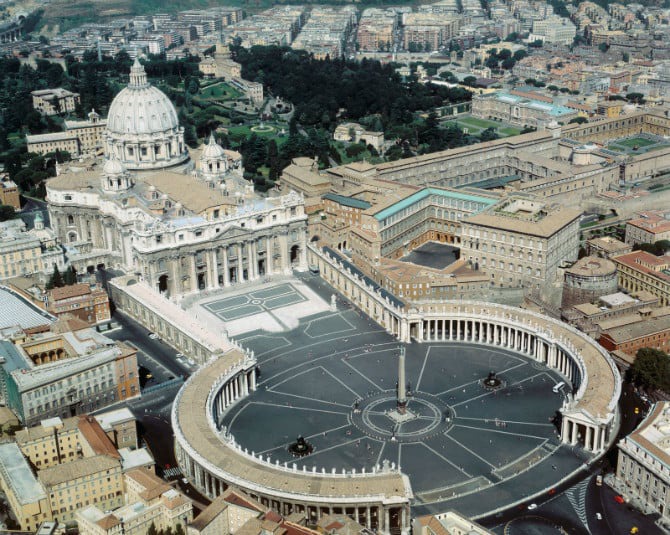 Cologne Cathedral is one of Germany’s most visited landmarks, with tens of thousands of people flocking to see the grandiose church every day. Construction started all the way back in 1248, but was only completed in 1880, when it became the tallest structure in the world (it was surpassed after four years by the Washington Monument). After being heavily damaged during World War II, the Cathedral was fully restored to its former glory and now stands one of the finest examples of Gothic architecture. 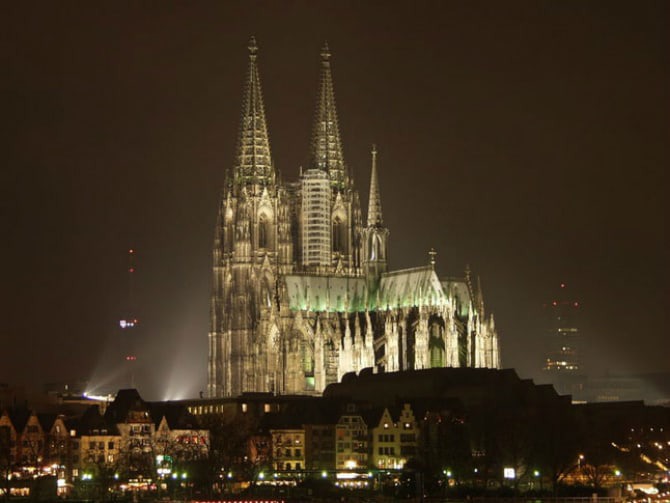 With work on Florence Cathedral lasting almost 150 years, it’s understandable that what started out as a Gothic structure eventually incorporated some early Renaissance features, most notably the gigantic dome designed by the great architect Brunelleschi, which remained the largest such element for over four centuries. 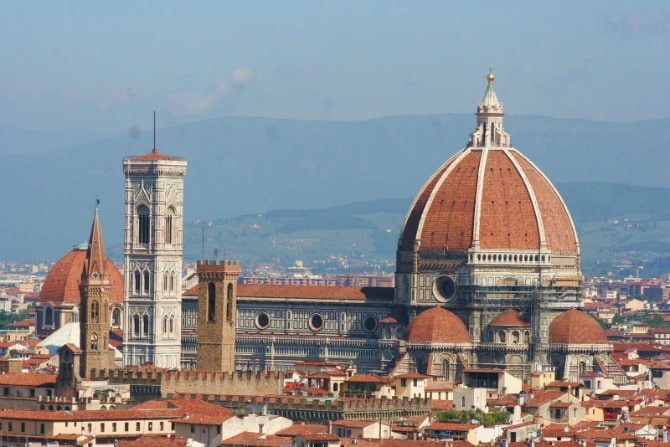