Top 10 Largest Temples in the World

Temples are usually built as their religious sites by Hindus, Buddhists, Sikhs, and many religions.

In the tradition of western Christianity, for instance, we hardly ever use a temple, so we exclude these cathedrals and churches.

In comparison, we use the term temple very frequently in the Eastern Christian tradition.

Baalbek temple is among the amazing archaeological sites in north-eastern Lebanon.

It was the biggest temple in the Roman Empire, named by the Romans as Heliopolis.

Romans collectively constructed three temples around this area with Jupiter, Bacchus, and Venus as prime deities.

The temple of Jupiter has 54 heavy granite pillars lined and only 6 of these giant pillars are still standing.

When did Romans build Baalbek?

They constructed the temple of Bacchus in AD 150, and the site is still well preserved.

Its walls are decorated with 42 pillars from Corinth and stand up straight. 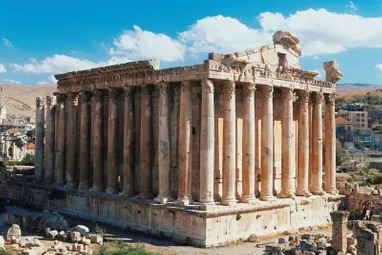 In the holy town of Madurai in India, there is a historical Hindu Temple named Meenakshi Sundaresvarar Temple or Meenakshi Amman (“Mother Meenakshi” in ancient Tamil).

It is devoted to Lord Shiva — here called Sundareswarar or the Beautiful Lord — and his wife, Parvati, locally known as Meenakshi.

Where is it located?

The temple is the center of Madurai, Tamil Nadu, India. Madurai is an ancient town that is at least 2500 years old. 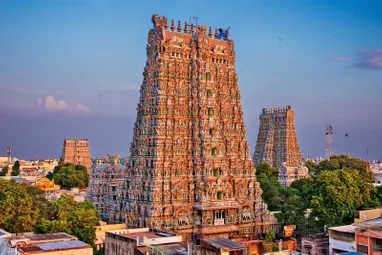 The temple is a Hindu shrine devoted to Shiva on the South Bank of the Kaveri River in Tamil Nadu, India.

It is one of the biggest temples in South India, carved from a single rock, an overview of Dravidian architecture.

The temple as a whole is composed of granite stones and the first complete granite temple.

The temple is about 66 meters high and a Nandi (Bull) sculpture is about 16 feet long and 13 feet tall, which is also carved out of a single rock.

Raja Raja Chola I built this temple around 1010 AD. In several abilities, the temple claims a workforce of 600 people.

From ancient times, Brihadeeswarar temple is the world’s largest temple of Lord Shiva.

This temple is also a UNESCO World Heritage site for its excellent detailed architectural design. 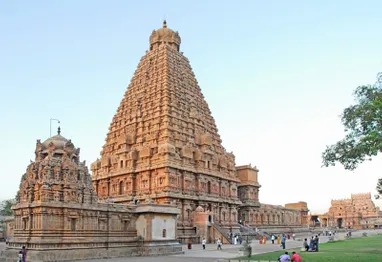 Tikal is one of the biggest Mayan civilization locations in Latin America and the Caribbean in Guatemala.

Tikal was a town in ancient Maya Civilization, where there are many such pyramidical temples.

But the largest one, fourth, was constructed in 741 AD with a height of 64.6 meters.

Why is Tikal is famous?

Tikal was among the first Mayan cities to gain prominence in the Early Classic period (250-600 CE).

Tikal gained its wealth by exploiting its natural resources and geographical location to become the first Mayan superpower.

Temple IV is seventh biggest temple in the world and is also a World Heritage site by UNESCO. 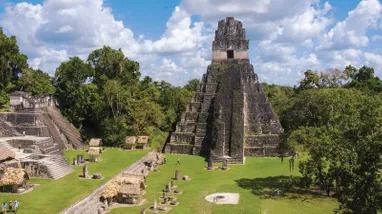 The Jetavanaramaya is the biggest stupa complex in the world when measured by size.

It is located in the town of Anuradhapura in Sri Lanka.

King Mahasena built it in the 3rd century AD, its construction lasted for 15 years, and approximately 93.3 million baked bricks were used.

During the construction, King died, but it was completed by his son, Maghavan I.

Jetavanaramaya was the 3rd tallest structure in the world behind the Egyptian pyramids when it was completed, at a height of 122 meters (400 feet).

The dome itself has a diameter of around 95 meters.

Its architecture is mound-like and has Buddhist relics, ashes of the deceased monks. 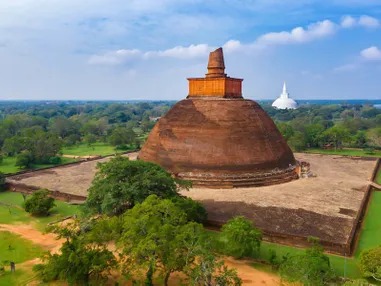 This temple is also amongst the most famous temples in India, full of millions of tourists and devotees each year. 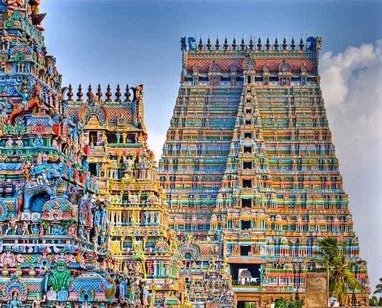 Pramukh Swami Maharaj has motivated and developed this project, and it represents a thousand years of Indian and Hindu culture and architecture.

Completed by the religious group BAPS, like its ancient counterparts, the decoration of the Akshardham temple was not left at any cost.

The Central Monument has a height of 43 meters, a width of 96 meters, and a length of 110 meters. It is coated with carving details of flora, fauna, dancers, musicians, and gods.

It is made of pink Rajasthani sandstone and Italian Carrara marble entirely and has no steel or concrete foundations.

It is also the most modern, enormous, and beautiful temple in the world.

Shailendra Dynasty built this temple around the 9th century in Magelang, Central Java.

Shrine’s main deity is Lord Buddha and is basically an ancient meditation center built together by monks.

Additionally, 72 Buddha sculptures in a seated position facing towards the central tower of the top platform encircle the temple.

The complete area of the complete region is roughly 2,500 sq. meters. 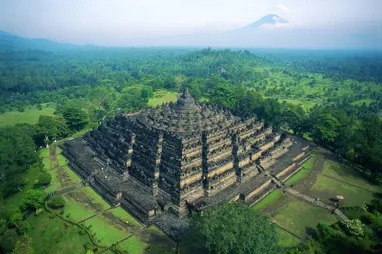 It is one of the most visited places in Egypt after the Great Pyramids.

Though severely ruined, there are few more places worth visiting in Egypt than Karnak.

It is the world’s biggest ancient temple structure and depicts the overall accomplishment of Egyptian builder generations.

In fact, Karnak is made up of several distinct temples. Hypostyle Hall, which has an area of 5,000 square meters (50,000 sq ft), is the biggest & most popular.

The construction of the structure started during the Middle Kingdom by Sesostris I and proceeded throughout the Ptolemy era.

This is the ancient temple that was constructed in Ptolemaic ages. 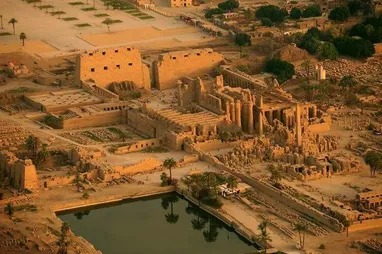 The largest temple in the world is Angkor Wat Temple Complex in Cambodia and is the main national icon of the country.

We consider it as the ancient world’s biggest religious center of South East Asia.

Built around the beginning of the 12th century, the temple was dedicated to Lord Vishnu and later became a Buddhist center (Buddha is believed to be Vishnu’s reincarnation).

It imitates the architectural plan of Mount Meru, a sacred mountain in both Buddhism and Hinduism. 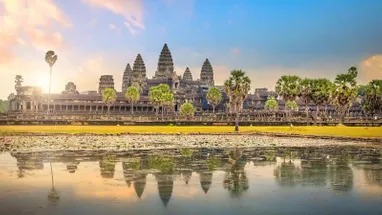