Does The Bible Condone Slavery? Let's Get The Facts And See If Is True

By Maringozen (self media writer) | 14 days ago 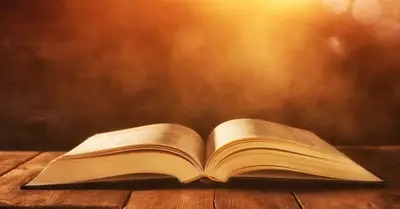 Love of neighbor is one of the fundamental teachings of the Bible. Love, however, is diametrically opposed to the concept of oppressive slavery. Hence, some people are puzzled by the mention of slavery in the Bible. In ancient times God allowed his people to own slaves. (Genesis 14:14, 15) Even in the days of the apostles, some Christians were slave owners and some were slaves. (Philemon 15, 16) Does this mean that the Bible condones oppressive slavery?

By the time the Bible began to be written, humans had already established social structures and economic systems that conflicted with godly principles. While some of the practices involved were condemned in his written Law, God chose to tolerate others, such as slavery.

Regarding the social structure of the ancient nation of Israel, The International Standard Bible Encyclopedia states: “It was meant to function as a brotherhood in which, ideally, there were no poor no exploitation of widows, wife's, or orphans.” Hence, more than simply allowing an already established social and economic structure, God’s Law regulated slavery so that, if practiced, slaves would be treated in a humane and loving manner.

Consider the following regulations included in the Law given through Moses:

● Kidnapping a man and then selling him was punishable by death. (Exodus 21:16) However, if despite all the provisions made to prevent poverty, an Israelite found himself deeply in debt, perhaps as a result of poor management, he could sell himself as a slave. In some cases he might even be able to earn a surplus by which he could redeem himself.​—Leviticus 25:47-52.

● This was not the oppressive kind of slavery that has been common in many lands through the ages. Leviticus 25:39, 40 says: “In case your brother grows poor alongside you and he has to sell himself to you, you must not use him as a worker in slavish service. He should prove to be with you like a hired laborer, like a settler.” So this was a loving provision to care for Israel’s poorest. ● A person found guilty of stealing who was unable to make full restitution according to the Law could be sold as a slave and in this way pay off his debt. (Exodus 22:3) When he had worked off the debt, he could go free.

● Cruel and abusive slavery was not allowed under God’s Law to Israel. While masters were allowed to discipline their slaves, excesses were forbidden. A slave killed by his master was to be avenged. (Exodus 21:20) If the slave was maimed, losing a tooth or an eye, he was set free.​—Exodus 21:26, 27.

● The maximum time that any Israelite would have to serve as a slave was six years. (Exodus 21:2) Hebrew slaves were set free in the seventh year of their service. The Law demanded that every 50 years all Israelite slaves were to be set free nationwide, regardless of how long the individual had been a slave.​—Leviticus 25:40, 41.

Later, in the days of Jesus and his apostles, slavery was an entrenched practice in the Roman Empire. As Christianity spread, it was inevitable that individuals who were slaves and others who were slave owners would come in contact with the good news and become Christians. Neither Jesus Christ himself nor his apostles preached a gospel of social liberation, as if trying to reform the existing system. Rather, both slaves and slave owners were admonished to love one another as spiritual brothers.​—Colossians 4:1; 1 Timothy 6:2.