I've seen people accusing prophet Emmanuel Makandiwa for using wicked powers, but this one is one of its own. This is just out of this world. As we know that the prophet, Emmanuel Makandiwa is a from Muzarabani, a place where Tsikamutanda himself is coming from.

This guy Tsikamutanda for those who don't know him, he is one of the most powerful traditional witch doctor in Zimbabwe. He used to move from village to village dealing with witches, in particular most of the people they know him because he was dealing with only witchcraft in the villages.

He would come with a special rod, a person would be asked to step on it or a line drawn by it and if you are a witch, you will begin to burn and confessed everything that you have done.

The people that you have a killed and bewitched it will all come out. So this guy used to be called even by herdsman and Chiefs in different villages, or different districts. They would ask him to render his service of removing witchcraft from the area. So we know the he is coming from the same area where prophet Emmanuel Makandiwa was born, but then reports are coming out like you see below that, he is the uncle to prophet Emmanuel Makandiwa.

It could be true, it also could be a lie, but whichever it is, that does not mean that prophet Emmanuel Makandiwa's power came from his alleged uncle even if they are related.

This guy that is reporting said, they had one-on-one with this particular witch-doctor who is now serving his sentence in prison. He told him about his alleged niece prophet Emmanuel Makandiwa that he has started a church, and the alleged uncle replied back saying, "how does he start a church because he is a native doctor. He had just a rebrands but he is a native doctor.

So it looks like he explained how he Makandiwa has started and how he planned to rebrand to a church, so he can loot a lot of money from the people. So in an actual effect according to him it was never about serving God, it was all about having more ways to make money.

Let's pray for the servants of God, the devil is all out with his people trying to destroy them. Actually the devil is not against them, he is against the church, giving us over to be persecuted, may the Lord help us. 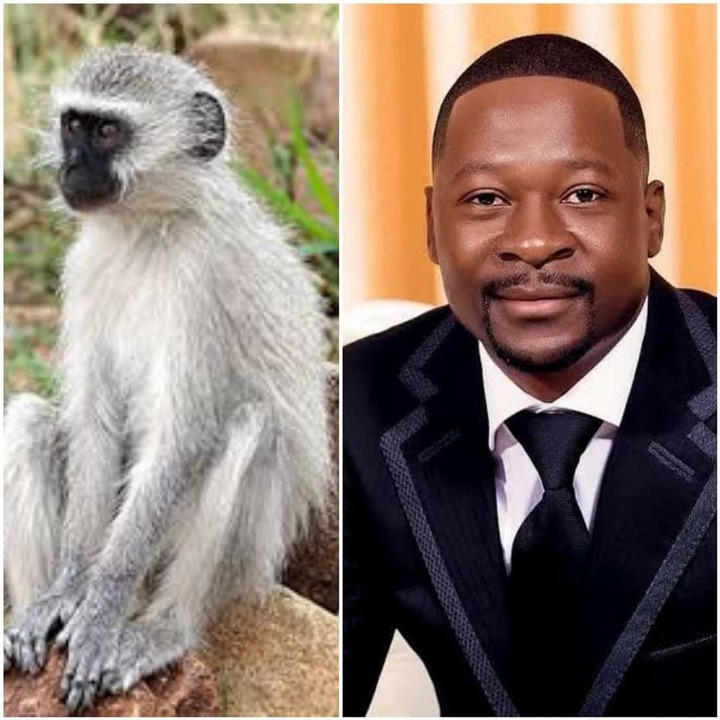 Before following these prophets please check their background information - where they are coming from and how they started, don't be fooled by the eloquent speeches and fancy suits its all just a disguise , most of you are in occultic churches and you don’t even know.

Everyone started knowing Makandiwa from the AFM era but...

The guy that knows Makandiwa’s true history is in Chikurubi Maximum Prison "his uncle" and he is still in disbelief right now when people tell him that Benji Bvudzijena who now has rebranded to " Emmanuel Makandiwa" is doing church things.

No one knows about this part of the history except the uncle that is still in prison..don’t be shocked if that uncle will be terminated after this post.

Makandiwa and his uncle started off as “Tsikamutanda’s” and before going to Muzarabani his main base of operations was in Masvingo..by then his trade name was Benji Bvudzijena.

Makandiwa I N’anga Zvayo, first degree...Christianity was just a way of him rebranding so that he can loot more money from the modern day spiritual customers...back then him and his uncle used to get paid with live stock after performing rituals.

Makandiwa’s transition from his Tsikamutanda’s practice was just a way to expand his scope of ritualistic practices.

UFIC members please don’t be adamant, discharge yourselves from the spells of Benji Bvudzijena, you have all been initiated and you are unaware.

You will think this is a conspiracy theory, but this information is first hand and very accurate from a very close source that I cannot mention..the source wants to leave the church also but he/she fears for his/her life.

Makandiwa is the most wicked and heartless soul that lives on this earth...I know when his leadership will question him about this story he will say the uncle is mentally disturbed 😬

The Story Of Mai Praise coming up next...

A guy becomes a laughing stock after accepting LOBOLA from his Sugar Mama. See Reaction.

Somizi Mhlongo Is Mourning A Loved One.

Check out the recent pictures of Shasha in real life:SA celeb