Top 10 Most Beautiful Buddhist Temples in The World

Located deep in the Gaya Mountains of South Korea, the Haeinsa Temple is the home of the Tripitaka Koreana – the entire Buddhist scriptures carved onto wooden printing blocks, a whooping total of 81,258 of them.

It’s one of the Three Jewel Temples of Korea and its history goes back to the year 802 when the temple was built, but the one standing today is the rebuilt one after a fire burnt everything down in the 19th century. 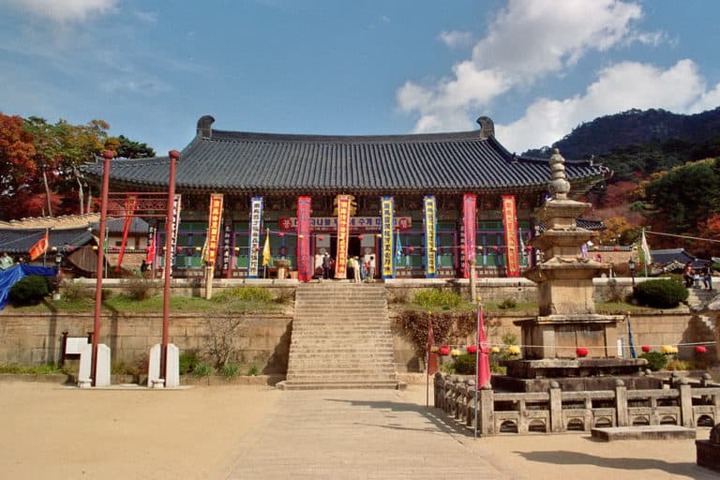 One of the most important landmarks of Bangkok, Thailand, Wat Arun – Temple of Dawn – stands out along the Chao Phraya River on the Thonburi side of the city.

The builders have drawn their inspiration from Mount Meru – the center of the universe in the cosmology of Buddhism. While the temple took birth in the 17th century, it’s the spires built almost two hundred years later that give it the beauty you see today. 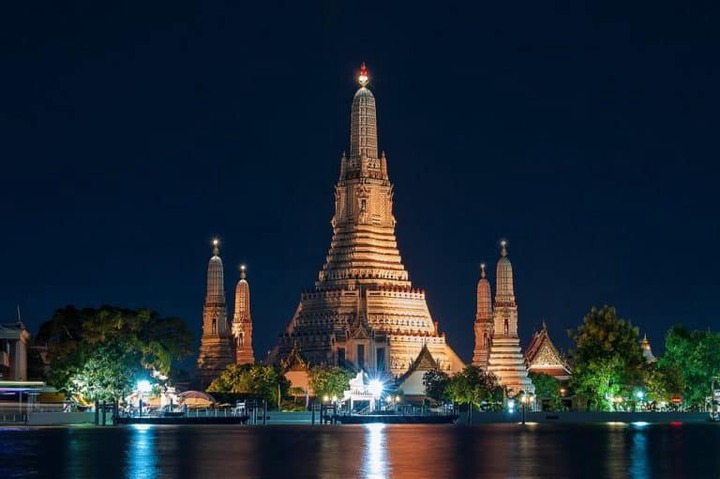 With a name that means ‘Great Stupa in Lao’, the Pha That Luang temple is – as its name says – one of the most important monuments in Laos.

Located in Vientiane and dating from the 16th century on the ruins of a former Khmer temple, Pha That Luang has a rich history involving its destruction in the 1828 Siamese invasion and its reconstruction by the French a century later in 1931. The main architectural concept are the temple’s terraces which represent the stages of enlightenment. 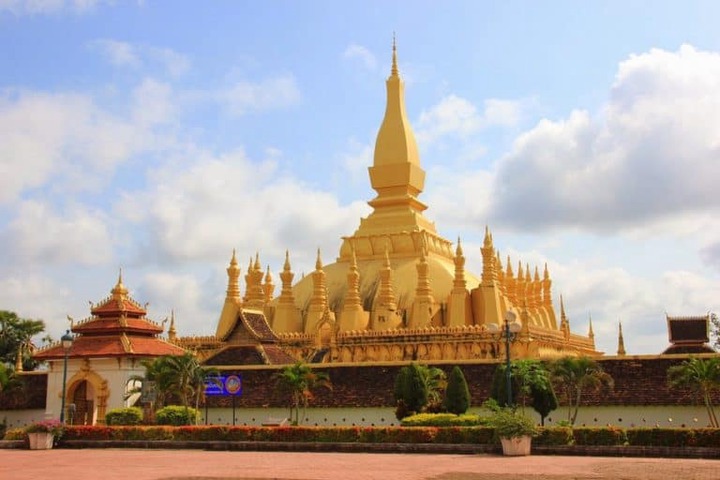 The Jokhang temple in Lhasa is considered the most sacred place in the Tibetan Buddhism, constructed back in the 7th century by King Songtsan Gampo. During the following centuries, the temple was sacked numerous times by the invading Mongols but the structure survived.

The tradition says that the sacred temple was built for the two brides of the King, Princess Wencheng and Princess Bhrikuti who were both housed there and brought important Buddhist statues and images from China and Nepal as part of their dowries. 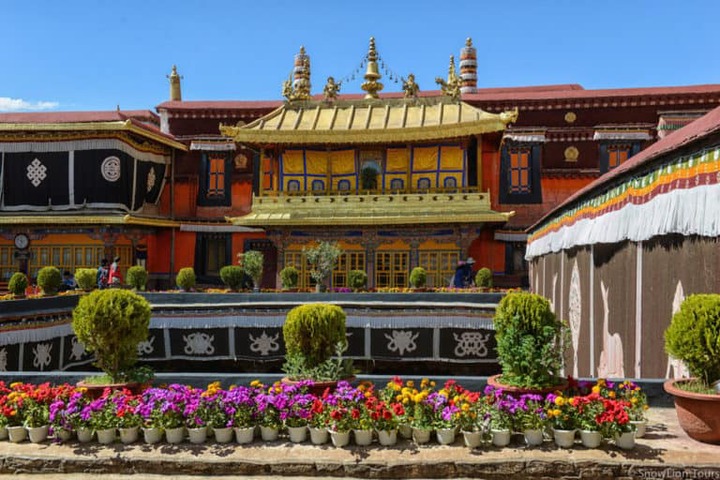 The Todaiji Temple is Japan’s most important Buddhist temple and the original structure was raised by Emperor Shomu in the 8th century but little stands as evidence today.

The temple’s most important part is the Daibutsuden – the Great Buddha Hall – which is one of its buildings, the largest wooden building in the world, dating from 1709 and housing one of the largest Buddha statues in the country. 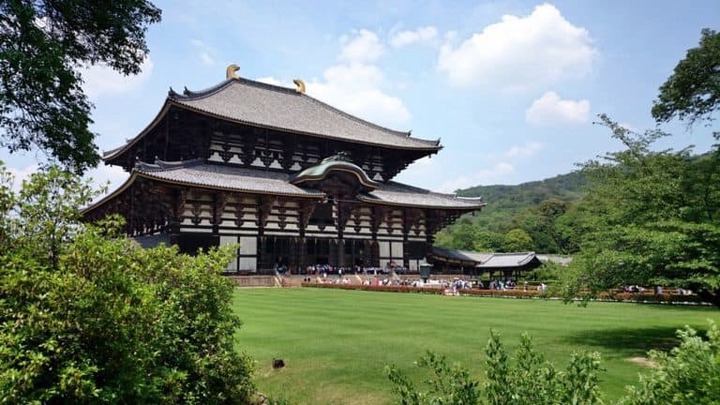 Considered one of the largest stupas in the world, Boudhanath is also the center of Tibetan Buddhism, hosting many refugees from Tibet.

Located in one of Kathmandu’s suburbs, the temple became iconic due to the Buddha eyes integrated on each of the four sides of the temple. The structure was raised in the 14th century, after the Mughal invasions destroyed the previous one. 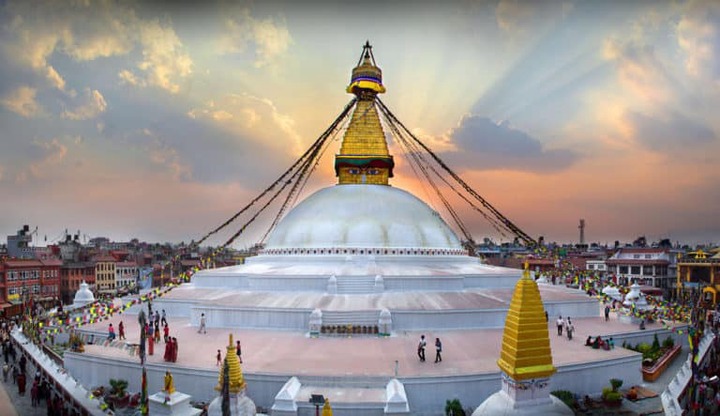 Its present structures date from the 5th and 6th centuries, when it was built by Emperor Asoka almost 250 years after the enlightenment of Gautama. 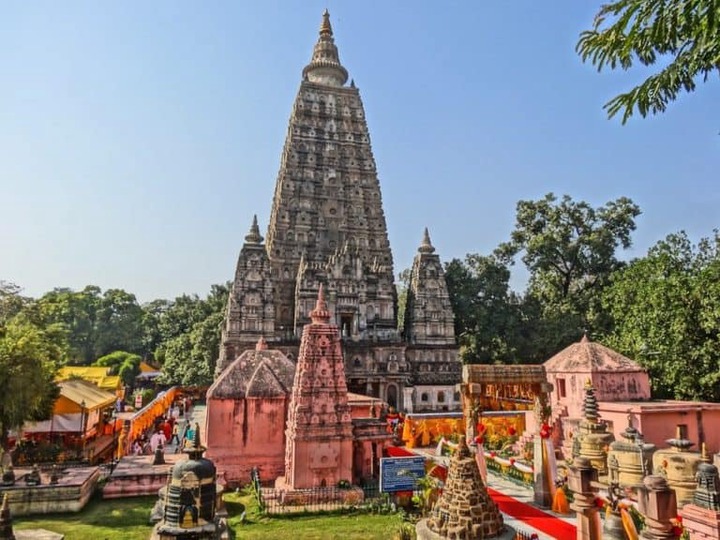 Located in Yangon, Myanmar, the Shwedagon Pagoda is the most sacred place of the country, containing the relics of the four previous Buddhas.

It was built somewhere between the 6th and the 10th century AD and the main stupa has a height of 99 meters, it’s completely covered in gold, and has a crown encrusted with no less than 5,448 diamonds and 2,317 rubies with the tip holding a 76 carat diamond. 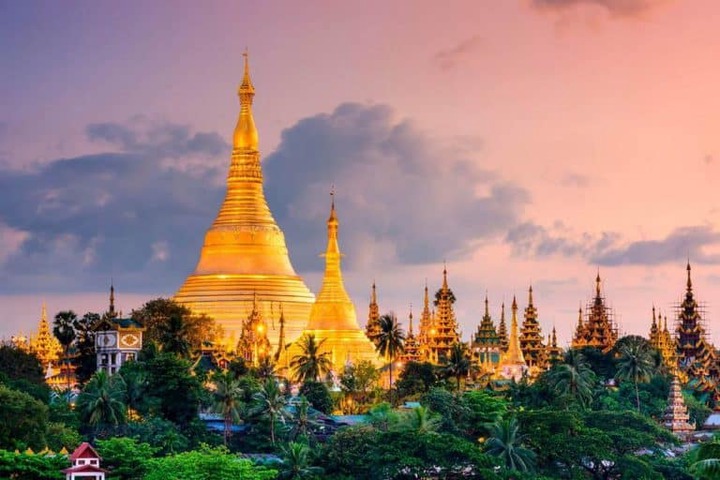 Standing on the banks of the Ayerwaddy River in Myanmar, the Bagan Temple was the capital of the ancient kings of Burma, kings who raised over 4,000 temples during their reign.

After the kingdom fell prey to the Mongol invasion in 1287, the Bagan Temple remained a place inhabited only by Buddhist scholars. Today it stands as one of the most important and remarkable temple complexes in the world. 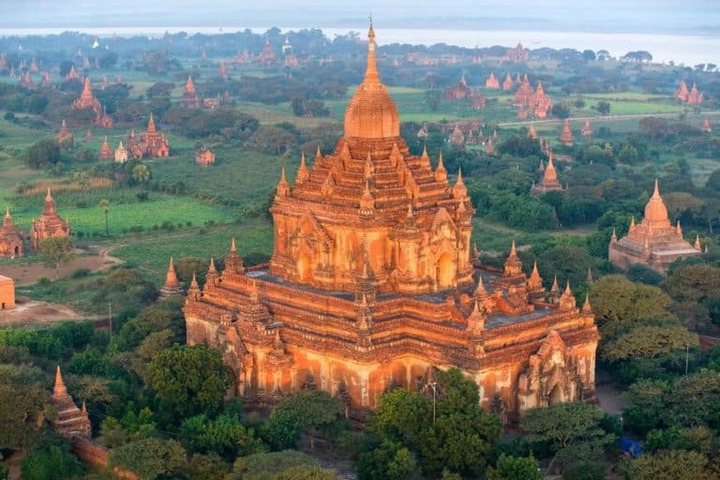 Borobudur is without doubt the largest and most famous Buddhist temple in the world. It’s located on the Indonesian island of Java and was raised during the 8th and 9th centuries by the Saliendra kingdom. It took two million blocks of stone and 75 years to complete and it’s decorated with 2,672 relief panels and no less than 504 statues of Buddha.

Its main architectural elements are nine stacked platforms with a central dome on top, representing the Buddhist cosmology, and the ascending path from the world of desire through the world of forms and getting at last to the world of formlessness.

The temple was abandoned in the 14th century when the Javanese people converted to Islam and it was rediscovered in 1814 by Sir Thomas Stamford Raffles, thus leading to its restoration through projects of UNESCO and the Indonesian government. Nowadays, Borobudur is the most visited tourist attraction in the country." 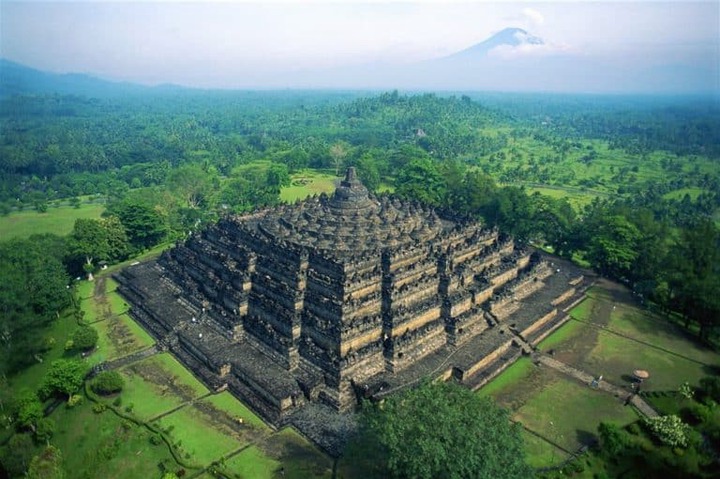 Pictures: Despite Naturena, here is another good PSL club facility to look at.

These Female Celebrities Were Caught Repeating The Same Outfit At Events.