Prophet Shepherd Bushiri Sends Another Message To His Distractors

Malawian based Prophet Shepherd Bushiri is well known figure in South Africa. Bushiri established himself when he moved to South Africa many years ago to start a church. 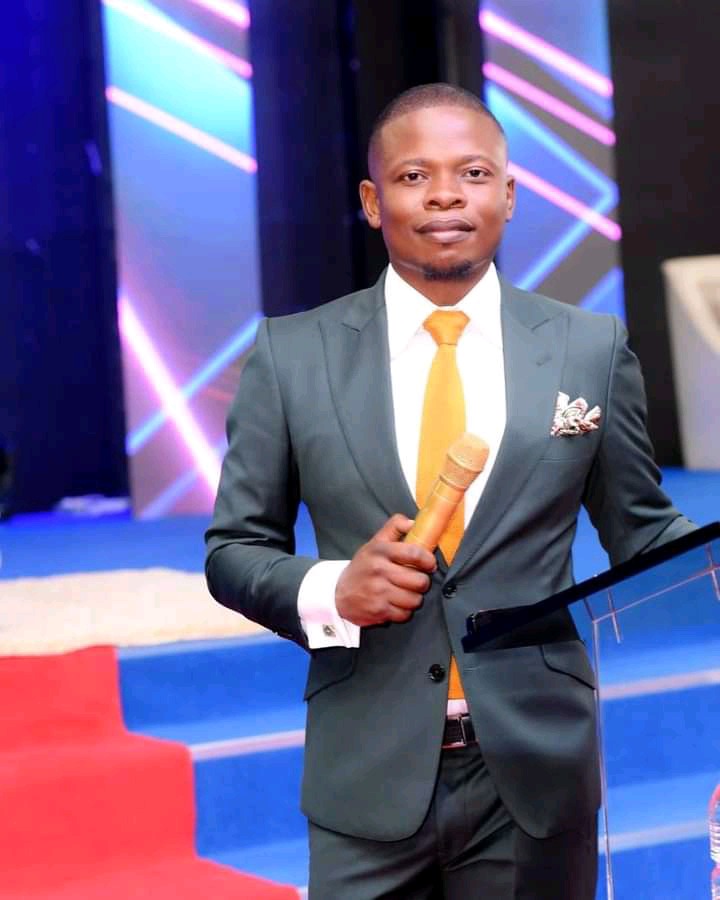 Since establishing a church, the prophet never looked back as he attracted a lot of members to his church.

However, few years down the lines, thing were not going well with him as he has been facing charges particularly from South African government. He was also accused of converting his members wealth through dubious means.

Bushiri later flew to his home country in Malawi where he continue to run his church.

Few hours ago, Bushiri appeared to have send a message to people that are distracting him or accusing him of wrong doing.

The popular television Evangelist took to his verified social media account to to send strong messages about distraction.

He cited Noah in the Bible as an example. According to him, despite the distraction that happened to Noah during his time, he didn't allow it to get into him.

Bushiri went further to advice people not to allow themselves to be distracted. 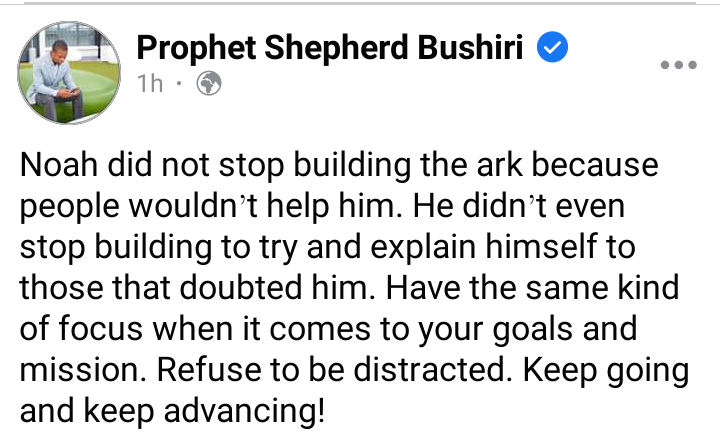 Hear him: "Noah did not stop building the ark because people wouldn’t help him. He didn’t even stop building to try and explain himself to those that doubted him. Have the same kind of focus when it comes to your goals and mission. Refuse to be distracted. Keep going and keep advancing!"

South African Celebrities Who Answered The Call To Be Traditional Healers. NO.1 Is A Married Couple.