Angry Church Members Fight Pastor After He Bought a New Car, Demand Refund of Their Tithes in Video

The purchase of a new car by a pastor did not appear to go over well with the members of his congregation. This dissatisfaction was expressed by the members in a video that has been making the rounds on the internet.

In an Instagram video posted by @kingtundeednut, the enraged church members ram their pastor's car and grab him by the shirt as soon as he steps out of his white Range Rover. 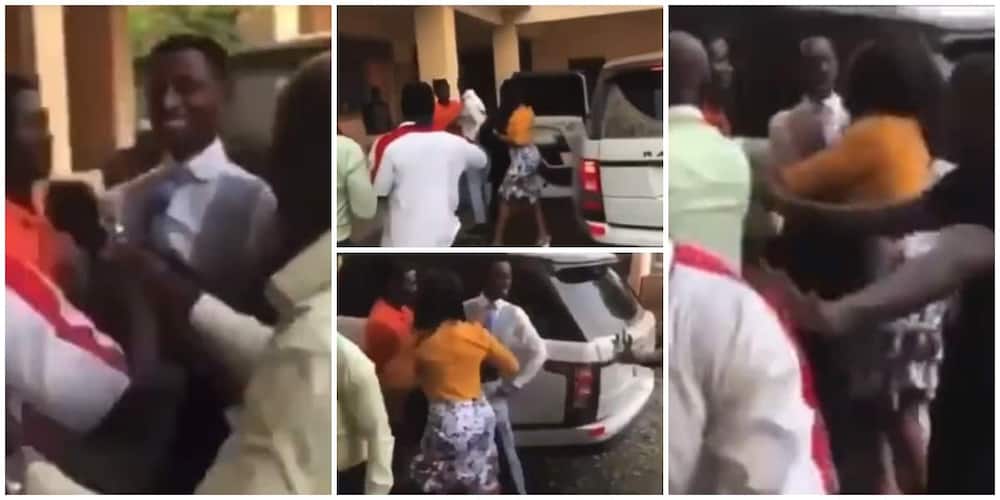 Pastor and his congregation fought it out as they demanded a refund of the tithes they had already paid. Photo credit: Screenshots taken from a video posted by @kingtundeednut on Twitter. UGC is the source of this information.

A heated exchange ensued as many hands hold the unidentified cleric's shirt firmly, to his bewilderment. It was stated that they demanded a refund of their tithes

While some people found the members' agitation unnecessary, others egged them on.

"It’s about time but dem no fit get the money back because tithe and offering is for God.. idi ti je."

"Pastors are not left out….When Hunger Strikes , The people will come for what is theirs."

"Some people think #50 that they pay as a offering can buy their pastor a private jet. Most of this pastors writes books and own other business."

Mzansi is outraged after a video shows a pastor spitting in a woman's face.

In the meantime, another video has made its way onto social media, this one depicting a pastor spitting water in the faces of his congregation.

In a parody account called Man's Not Barry Roux, the video was posted on the social media platform on Sunday.

Content created and supplied by: Abraham025 (via Opera News )

The Heart And Kidney Connection