David, A Young Boy Who Defeated Goliath A Giant With A Sling Shot. Read How He Did It

By Maringozen (self media writer) | 19 days ago

David braced himself against the rush of soldiers jostling past him. They were wide-eyed with fear as they ran away from the battle line. What scared them so? Over and over, David must have heard them nervously repeating one word. It was the name of a man. And there, standing defiantly on the valley floor, was the man himself, perhaps looming larger than any man David had ever seen. 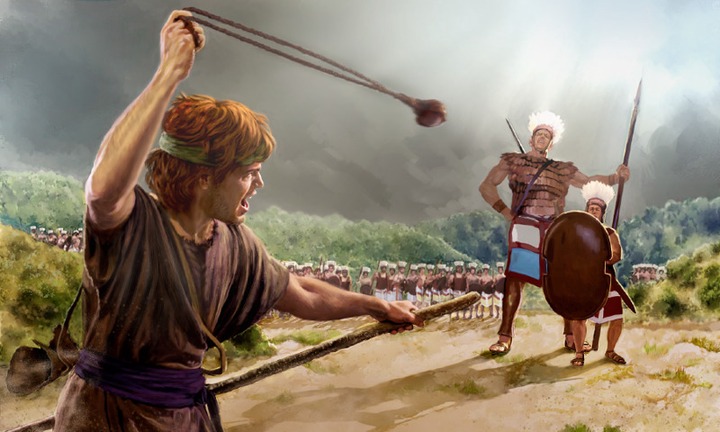 Goliath! David could see why the soldiers feared him​—he seemed impossibly huge, a mountain of a man. Even without his formidable armor, he probably weighed more than two large men combined. But he was heavily armed, and he was an immensely strong, experienced warrior. Goliath bellowed out a challenge. Imagine his booming voice echoing on the hillsides as he taunted the army of Israel and their king, Saul. He dared any man to come forward and fight him, to settle this war in single combat!​—1 Samuel 17:4-10.

The Israelites cowered. King Saul cowered. The situation, David learned, had been dragging on for over a month! The two armies, Philistine and Israelite, remained deadlocked as Goliath repeated his taunts day after day. David was distressed. How humiliating to think of Israel’s king and his soldiers, including three of David’s older brothers, cringing in fear! In David’s eyes, this pagan Goliath was doing far worse than embarrassing the army of Israel; he was insulting the God of Israel, Jehovah! But what could David, a mere youth, do about it? And what can we today learn from the faith of David. 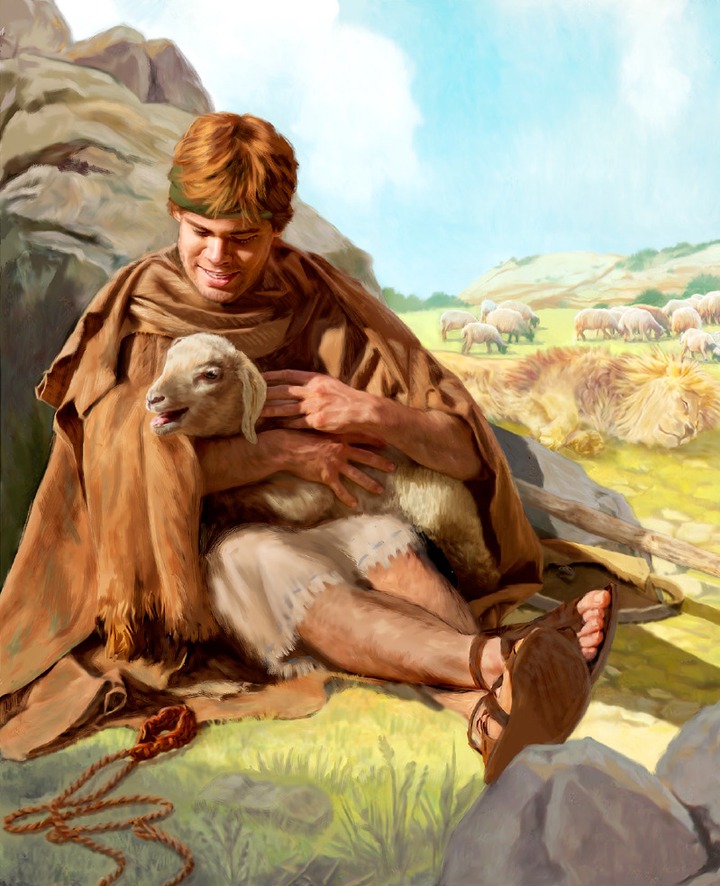 King Saul seeing the bravery of David he gave him his armour but David refused it saying it was heavy. But nevertheless David ran toward his foe, reaching into his bag for a stone. He loaded his sling and whirled it over his head until it fairly whistled. Goliath, perhaps close behind his shield-bearer, advanced toward David. Goliath’s great height may actually have been a disadvantage for him, since a shield-bearer of normal size could hardly have raised a shield high enough to protect the giant’s head. And that is just where David aimed.​—1 Samuel 17:41. 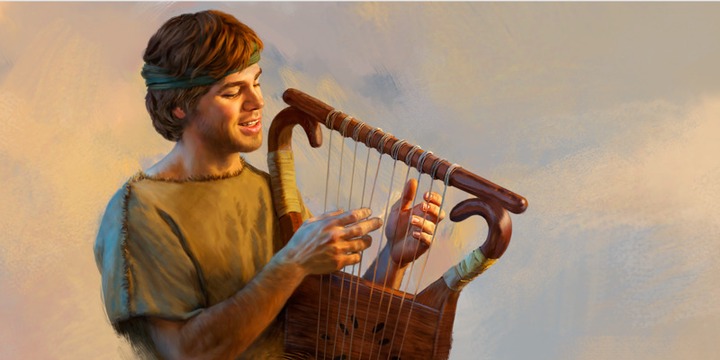 David released his stone. Imagine the silence as it hurtled toward its mark. Jehovah doubtless made sure that David would not have to fling another one. The stone struck home, sinking into Goliath’s forehead. The colossus toppled to the earth, facedown! The shield-bearer likely fled in terror. David approached, took Goliath’s own sword, and cut off the giant’s head with it.​—1 Samuel 17:48-51.

Indeed God, Jehovah is powerful he deserves fear and respect from his people.

What are you saying?