He acknowledged that some individuals would be offended by this point. He chastised individuals for pleading with God to have mercy on their enemies in their prayers. He asserted that Christians who recite such prayers will not be around for the long haul.

"Is it possible for you to pray for God to have pity on a robber if he brandishes a gun in your direction? You beg God to take his life, "The preacher shared his thoughts.

He then proceeded to cast dreadful curses on the adversaries of his church's members, which terrified them.

"God is a murderer God," he declared. "I pray that your adversaries witness the murderous side of God today!"

The narrative he told was about a certain cult that was out to get him when he first started his ministry in Port Harcourt. He claimed that after they failed in their spiritual attempts to destroy him, they attempted to tarnish his reputation by speculating that the reason he was unable to open branches was because he had buried an egg in his altar, and that the miracles he performed would not be replicated in other branches.

By the time he began to establish branch offices, the members of the cult were succumbing one by one to their injuries. In his words, there was only one remaining member, who had confessed his sins, given his life to Christ, and was now a member of the church.

He informed his congregation that if he had asked for God to grant pity on the occult organization, he might have been dead by now if God had shown mercy on them.

All of what he said made sense to me, but I couldn't help but wonder why the apostles never prayed for the death of their adversaries. Even though they were tormented, abused, and even slain as a result of their persecutors' actions, there is no indication in the Bible that they were urged to curse or pray for the death of their tormentors. According to Revelations 12:11, they overcame via the blood of the lamb and the words of their testimony, since they did not cherish their lives to the point that they were frightened to die!

I'm curious if the apostles possessed less authority or received less revelation than our modern-day men of God who are promoting this message.

Of course, it's possible that I'm mistaken. I do not profess to be an expert on everything. It would be greatly appreciated if you could point me to the passage in the Bible where the apostles advised us to pray for the death of our adversaries so that I can make the necessary corrections. Please post a picture of it in the comments section. Wishing you blessings. 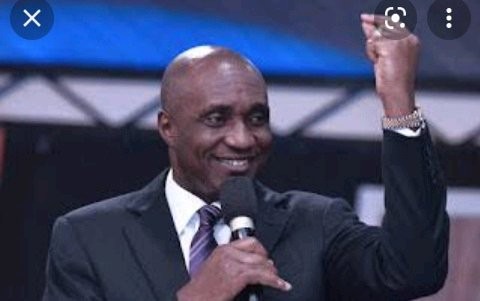 Please share your opinions on this message from a man of God in the comments section.

The service is accessible through the link provided below.

Modern homes are superb. Check this well built house. You may build it if you like.

5 Tips To Get a Woman Back

Stay away from those who bring Nothing