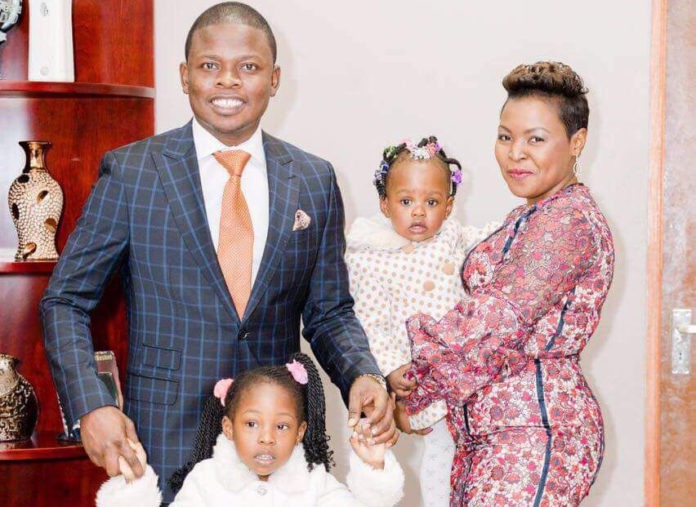 Shepherd Bushiri is a well-known Malawian preacher who rose to fame and money in South Africa. Bushiri, who is 38 years old, is a motivational speaker, businessman, and author, among other things. He is one of the wealthiest preachers in the world, as well as one of the most controversial, whose methods have sparked numerous debates. He had a run-in with the South African security services after he and his wife were both suspected of corruption and arrested at one time.

Beyond his ministry and the numerous issues that have surrounded him over the years, the Enlightened Christian Gathering church leader has a fascinating life story that begins with his infancy in Malawi.

His Birth Was Claimed Not To Be Normal

Chipiliro Gama, a preacher and businessman, was born on February 20, 1983, in Lilongwe, Malawi, where he spent his childhood. He was given the name Shepherd by his mother, according to some accounts, since his birth was complicated. She gave him the name to acknowledge that the Lord was her shepherd, according to legend.

However, it was eventually established that his given name at birth was Chipiliro Gama, not Shepherd, as many had assumed. His parents, Huxley and Christina Bushiri, reared him together with his prophet brother, Otis Bushiri. He has four other siblings in addition to his brother.

Shepherd Bushiri, who was a shy child as a child, received his primary school education at Rumphi's Hewe village. He then transferred to the Moyale Barracks Community Secondary School in Mzuzu. However, it has been suggested that he did not complete his studies since he failed his final exam.

A Closer Look At The Parents Of Prophet Shepherd Bushiri 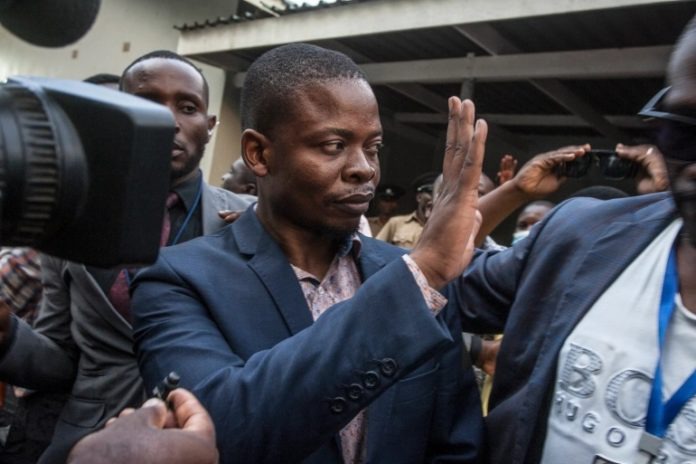 In comparison to his son, the older Bushiri lived a straightforward and tranquil life. He was claimed to have served in one of the Malawi Congress Party's paramilitary formations, the Malawi Young Pioneers.

Huxley was not a wealthy guy; he grew up in a poor family, sharing a modest home with his children. Despite this, he was able to give his children with an education. Apart from that, there isn't a lot more information on him in the public domain.

Christina, Shepherd's mother, had the largest impact on the self-proclaimed prophet's life. His mother, who is a fervent Christian, always accompanied him wherever she went, from the market to the church.

Christina, who resided with her husband and children at their ancestral home in Rumphi area, was an active member of the Presbyterian Church of Central Africa. She was born in Ndeke, Kitwe, Zambia.

He Started His Ministry After God Influenced Him In A Dream

When Bushiri began his ministry in his hometown, he was still a young man. He was believed to have recruited several young lads from the community and made them pastors when he initially started as a man of God. He knew God had called him when he was a young lad of approximately ten years old. He had a dream in which God appeared to him, according to him. He found himself in an odd environment where everyone he encountered was shining. He stated that he was led into a chamber where he heard a voice claiming to be that of the Lord. Bushiri was given the task of telling all humanity to serve the Lord.

When the young Bushiri awoke from his dream, he noticed that he could now hear a voice telling him people's names, their issues, and other personal information, as well as instructions on how to reach them. That, he claims, was the beginning of his prophetic ministry.

Enlightened Christian Gathering (ECG), his church, was created in Lilongwe, Malawi, in 2010 before moving its main branch to South Africa. Prior to the Prophet's troubles, which included a corruption investigation that led to his incarceration in the country, his church was regarded as one of the fastest-growing in Africa, with branches in Ghana and South Sudan.

He has since amassed a sizable following who revere him, while many others regard him as nothing more than a con artist who lives off the backs of his followers.

Prophet Shepherd Bushiri Had A Litany of Controversies Following Him

He allegedly fathered a child out of wedlock

Another long-running scandal that has surrounded him is a woman's claim that he is the father of her daughter. According to the woman and her family, she first encountered the self-proclaimed pastor when she was a teenager, and he was still on the rise in 2007. The adolescent fell in love with him, and she became pregnant with his child in 2010.

Members of the now-married woman's family took him to court for damages, claiming they were threatened by members of the young pastor's church. They said that while privately accepting responsibility for the infant, he continued to reject it in public. In fact, prior to the birth of the girl, who is now reported to be his spitting image, he was accused of attempting to bribe the woman with an R1500 cheque, which bounced.

Bushiri maintains that he was not responsible for the pregnancy and that he is not the father of the young girl, and that the check was taken from him. He also stated that he was attending to a hijacking case when it was claimed that he pregnant the woman while in a police station. Her family, on the other hand, is adamant on a paternity test, assuming that the kid is hers.to the pastor.

In 2020, his name was once again dragged through the mud via an infidelity scandal. Terence Mukupe, Zimbabwe's former deputy finance minister, has accused him of impregnating his ex-wife, Rachel J., a singer and entrepreneur. According to the allegations, he met the woman in 2018 and became pregnant with her two years later.

Performing Miracles Alleged To Be Fake

Bushiri once stated that only Jesus Christ was capable of doing miracles, and that he was merely a middleman in the process. He made the statement in response to allegations that his miracles were staged. The Major One, as his devotees affectionately refer to him, was once said to have cured HIV/AIDS patients and resurrected a dead youngster back to life, both of which were later proven to be untrue.

People who think the miracles he did were phony, he claims, are simply assaulting Jesus, who is the one performing the miracles.

The Prophet Has Been Drawn Into Several Financial Cases 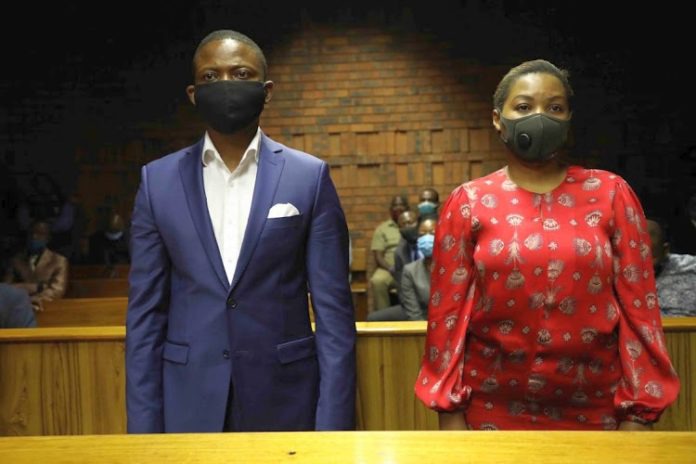 The preacher has been forced to either refute or defend himself in a number of financial situations in which his name has been referenced. Darlington Manyawu, a man named Darlington, claimed in 2019 that the pastor owed him R450,000. He allegedly sent clothes to the pastor of the Enlightened Christian Gathering Church, who claimed refused to pay him for the clothes despite the fact that he had already begun wearing them.

The prophet did not respond to the businessman from Hong Kong. The church's spokeswoman, however, asserted that the prophet had nothing to do with Darlington, claiming that the business was solely between the businessman and Maynard Manyowa, the pastor's spokesman. Darlington said it was difficult for him to maintain his business since he hadn't been paid, and when he protested publicly and filed a lawsuit, he was told he had to withdraw the case or risk getting paid.

Shepherd Bushiri Is Currently Being Probed For Fraud

Shepherd Bushiri and his wife, Mary Bushiri, are now embroiled in a controversy that could lead to his downfall if he is not careful. On February 1, 2020, he was detained by South Africa's Directorate for Priority Investigations (HAWKS) on suspicion of fraud and money laundering.

From 2015, the Charismatic pastor and his wife were accused of committing the crimes and violating South Africa's Prevention of Organized Crime Act (POCA). Among the claims leveled against him was that he purchased his 1984 Gulfstream jet with laundered funds, despite his claim that the plane was purchased with his lawful $1,250,000. They were also accused of breaking the country's immigration laws by being in the country unlawfully.

The couple allegedly left the nation back to Malawi in November 2020 after being freed on R200,000 bond after being denied bail following their detention on the grounds that they presented a flight risk. Fears for their safety were mentioned as the basis for the self-proclaimed Prophet and his wife's defiance of their bail conditions. They alleged that their lives were in danger, and that they were not protected by the South African police. As a result, their tactical retreat from South Africa to Malawi was solely for the purpose of preserving their lives.

They were arrested once more in their native country, but they were quickly freed after the arrest was deemed illegal. Efforts are currently being made to bring them back to South Africa to stand trial for the offenses listed above. Their extradition case is still pending in Malawi, and he maintains that he would not receive a fair trial in South Africa.

It concerns that fresh lockdowns will put Lesotho into poverty, are going to have another lockdown?