By MonaNews (self media writer) | 1 year ago 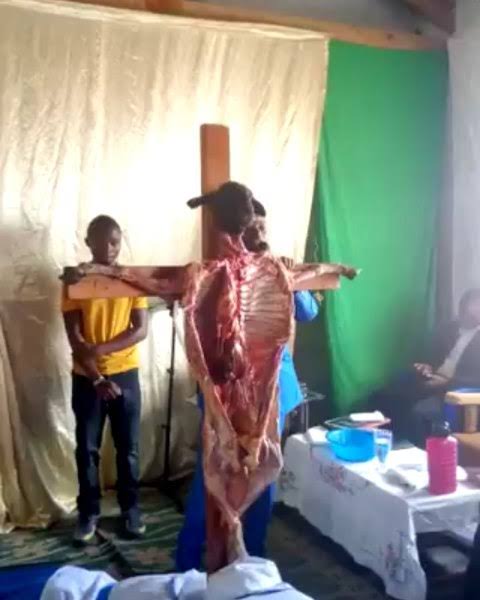 According to the teachings and doctrine of Christianity as a religion, the good LORD has ordered us not to worship or bow down to any other Deity or person but him. Since he is envious of others and does not share his greatness with them, we should only admire him as the supreme Deity. It's important to note, however, that certain people have decided to take their own religious direction, which they have shrouded in the guise of Christianity.

You may have seen a so-called Clergy member of a different Denomination requesting answers from a fetish priest in recent years.

Our forefathers, the founding fathers of Christianity in Ghana, made it their mission to serve God with all their might, strength, and totality. They came to ensure that Christianity and redemption teachings were preached throughout the world, sacrificing all hopes and life aspirations in the process. In today's world, though, a group of God's men have decided to convert Christianity's primary intent into a commercial enterprise, or a means to entice people and defraud them of their belongings.

Any of the recent events of the world were predicted in the Bible, such as the advent of false prophets who would deceive people by pretending to be the true Messiah. In GOD's name, perform any number of miracles, signs, and wonders. However, they both worship a particular Deity in their closets. And the Bible believes that witnessing all of these new things is an indication that the end of the earth is close. 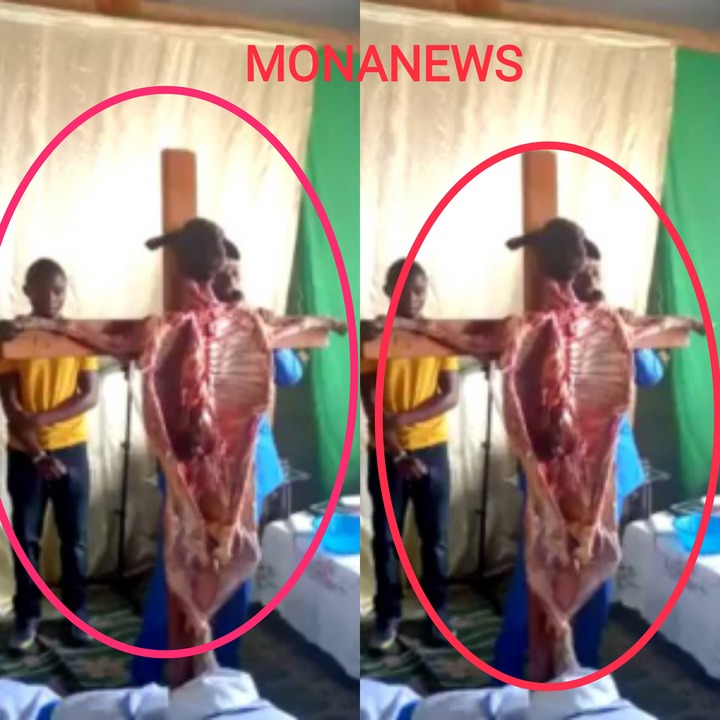 I was just on the internet for a few minutes before I came across a video that blew my mind. Unidentified church members were caught on camera worshiping a dead goat crucified to a cross inside their Church hall during service, as I saw in the video. They were bowing down to the portrait, which was totally empty of body pieces, as shown by the images in this post. Personally, I couldn't stop wondering what had happened, and what broke my heart was seeing the pastor of the church, sitting in his chair, while his congregation dropped to their knees and crying out in response to this image.

Children and adults were lying on the floor, shouting and singing a song in response to the clip, according to details gathered by a correspondent identified only as "Botang," who posted the video to his personal Facebook page. A group of women reportedly fainted after being moved by the image's strength.

In his voice, he said,

“Women, girls, and men all bowed down to the crucified goat in respect. This is a sure sign that the future is coming to an end. I'm still worried about Christianity's future. The sight of some ladies collapsing under anointing in the videos astounded me the most. My people, this is a very serious situation,” Botang said.

Meanwhile, many people took to social media to express their displeasure with the behavior of this unknown church's founders.

Please join us in making this video a viral hit. We must keep exposing some of these fake churches that are leading people to their deaths.

The photographs below were taken from video footage shared on the internet by correspondent "Botang".