Solomon sent to prison because of what he said about one of the well known prophets, read here 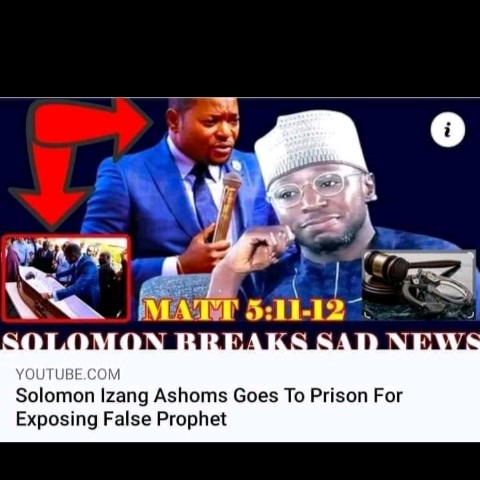 Everyone is probably familiar with Solomon and his work as a journalist, Solomon has been digging dirt of all the pastor's/ prophets who have been called out for being fake because of their bizarre miracles.

In the case of a South African Bishop, Makumu, Solomon was on the frontline and exposing every secret that Makamu has, and he even went as far as escorting the victim to the police station to open a case against Makumu, which was later dropped.

Solomon took it to Facebook to reveal to his fans that he's going to prison for 20 days after Alph Lukau took him to court for contempt of court for things he said about him which he claims of be defamatory of character.

Lukau made headlines when he allegedly resurrected a man from the dead and that shook the entire nation as people were wondering how could that be possible.

Allegations began to spread around that, the man he allegedly woke up from the dead was actually never dead, he was paid to do that.

There are lot of stories about our pastors which could discourage people who wants to have a relationship with God to stop going to church. 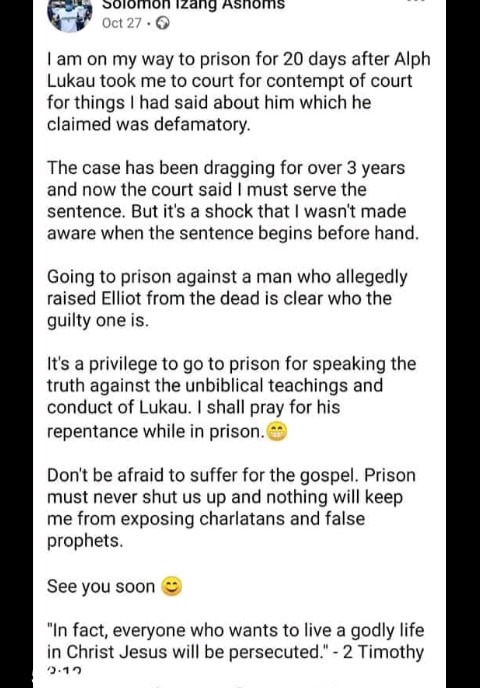 JMPD are working hard ||See what they discovered from illegal Foreigners they arrested yesterday.

A lady cause a stir on social media after posting the Dombolo she made. See peoples reactions.