An overview of the three main religions 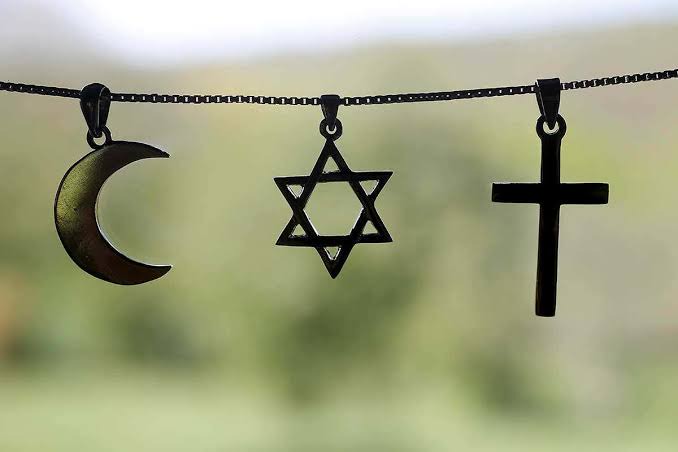 Christianity, Judaism, and Islam are the three major religions in the world. They are known as Abrahamic religions because their founders, or major figures, are descended from Abraham.

Below, I have provided a brief overview of the three main religions.

In Mecca, he destroyed pagan statues that were placed inside the Ka'aba, a sacred cube-shaped structure built for God. The city of Mecca was established around the Ka'aba, because those who took pilgrimages to the sacred place settled there. Muhammed was born in Mecca and grew up there. Muslims are required to visit the city of Mecca in their lifetime.

The Quran is made up of Muhammed's teachings, which he spoke to his close friends and followers. His teachings were later written down to become the sacred text.

There are five pillars of Islam. The pillars are to Muslims, what the ten Commandments are to Christians.

Makah is the pilgrimage to mecca.

The Quran provides more in-depth information about the religion and the people's beliefs.

Jewish people, like the Muslims, believe that Jesus was not the Messiah. Their founder is Abraham. The first five books of the Bible, the Torah, is the history of the Jewish faith, and the rules that govern Judaism. For those unfamiliar with Judaism, consider reading Genesis and Exodus.

Christians are told to love one another, as written in John 13:34.

Christians believe Jesus is the son of God. They believe God is three persons. For the sake of everyones minds, I will not delve into the intensity that is the Trinity.

That outlines the three major religions. What is next? Where do we go from here? Do you have a basic understanding of the principles of each religion?

I would like to summarize this by saying that no person truly hates the mainstream of each faith. There will always be radicals who hate other religions, just because they think the one they worship is the one true religion. In a later post, I will delve deeper into the theological differences between the three. I welcome all suggestions in terms of theological corrections, or if you would like to "school" me on one of the above faiths, then I look forward to your input