By Realish (self media writer) | 18 days ago 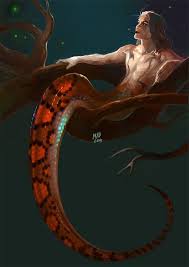 Everything in this world of ours comes in pairs, even good couldn't run away from receiving its pair, evil. It's just the way it is. The Earth has been in peril ever since the original sin in Heaven. Ever since that fateful day when Satan was hurled onto the Earth by Michael and Gabriel. The Earth has been Satan's domain and still is even up till today. After the Lord locked Satan out of heaven and turned his back on him,satan knew the route to the underworld because of his many exploits around the world. He went into a cave and kept going until he started to hear moans and screams of agony and pain. The temperature started to rise and he saw the big red gates of hades. He entered and the guards led Satan to hades because they had already heard about his bold attempt to take over heaven. The devil was looking for a new source of power because the holy spirit had left him, he was just another fallen angel with black wings. 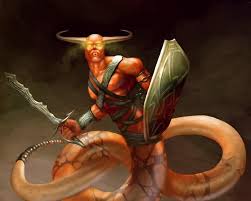 Hades was a giant red being with a very big snake tail attached to his Abdomen. Hades is God's opposite and counterpart, so he told Satan that he wanted him to also be built in his image in order to prove that he had really broken ties with the Lord. The devil agreed and Hades took away Satan's wings and gave him a snake tail in exchange. The concept of the wings and the tail are the same because they symbolize supernatural power. The Snake tail symbolizes the evil dark power that Hades wields, and the wings symbolize the pure holy power that God wields. The devil struck a Deal and gave up his wings for a tail. The deal entailed that the devil would marry Hades daughter Lilith and would be a slave to Hades every command. Even till today the devil is still on this earth doing the will of hades. 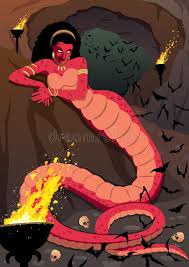