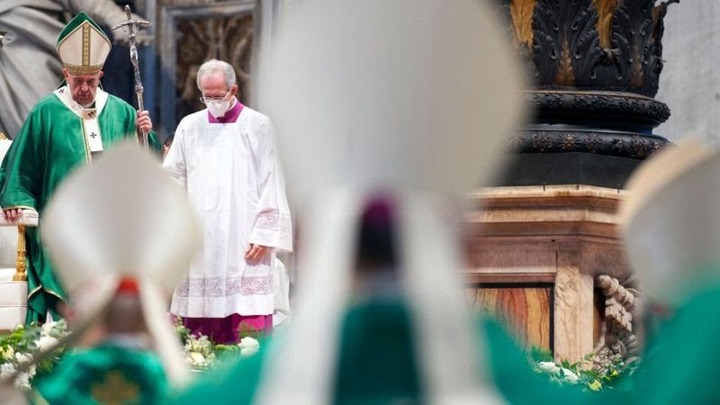 Many Scandals in the Church has happened too much to the point of the priest sleeping with small boys. Historians have revealed that in its 1000 year existence the church has done unspeakable activities on children. Which the Pope's successively have ignored it and remained mum for years. But since the victims coming out. The scandals have tinted the image of the church. Many high profile people in governments and United Nations have expressed their concerns on the Church's behavior.

Many people have called on arrests of priests who did these unspeakable acts of pedophilia. It's not a wonder to see the Pope trying to stand up and coming with a solution or reform to return the image of the church. It looks as if fear is haunting him. He thinks by doing so the wrong doings of the church will be cast away by courts.

The court battle that saw a major cardinal being sacked from his position by the high Court of Vatican is indeed haunting the church. Therefore people are wondering whether the changes will affect bishops and Nuns to marry. Pope Francis has launched what some describe as the most ambitious attempt at Catholic reform for 60 years.

A two-year process to consult every Catholic parish around the world on the future direction of the Church began at the Vatican this weekend. Some Catholics hope it will lead to change on issues such as women's ordination, married priests and same-sex relationships. Others fear it will undermine the principles of the Church. 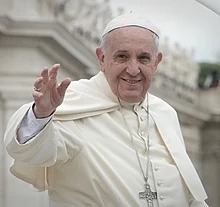 It's amazing when they say principles of the Church what about God's principles. Indeed here we can see that the church was built on Man' s ideas if the principles can be changed. It's a known fact that principles and fundamentals of the Bible no one can change them. They will remain like that for time infinity.

Again on another news Pope Francis is going to beafify John Paul the second who died in 1973. It's said the beatification its going to be done after the approved miracle involved a young girl in Buenos Aires, Argentina, who developed a severe case of acute encephalitis and uncontrollable and life-threatening brain seizures, and eventually entered septic shock.

After doctors told family members her death was “imminent,” the local priest encouraged the family, nurses and others to pray to the late pope for his intercession, according to the website of the Congregation for Saints’ Causes. A panel of experts studying the cause determined there was no scientific explanation for her complete recovery in 2011 and that it could be attributed to the late pope’s intercession

The Italian pope served only 33 days as pontiff; he died in the papal apartments Sept. 28, 1978, at the age of 65, shocking the world and a church that had just mourned the death of St. Paul VI.

The Vatican announced Pope Francis’ decision along with a number of other sainthood decrees Oct. 13.

The Vatican did not immediately announce a date for the beatification ceremony.

Although his was one of the shortest papacies in history, Pope John Paul left a lasting impression on the church that fondly remembers him as “the smiling pope.”His papal motto, “Humilitas” (“Humility”) not only emphasized a Christian virtue but also reflected his down-to-earth personality and humble beginnings.

What do you think? Can a dead pope heal a sick person.