Allegedly Apostle Chiwenga told were to get off after trash talking CCC: Opinion 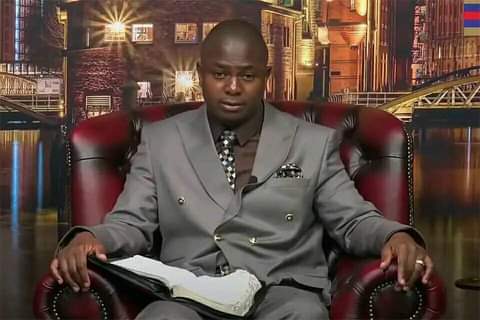 Apostle Chiwenga, if at any time you chose to officially join CCC and hold a leadership position you will get arrested instantly and be sent to jail.

I also have a brother next door, @JacobNgarivhume who demands action everyday. The day he officially joins CCC and assume an official position he will be arrested everyday, like everyday.

The reason is by arresting officials from CCC ED knows that he is arresting Nelson Chamisa.

It therefore means if Skala is in jail, Sithole in jail, the 13 Nyatsime activists in jail, @nelsonchamisa is in jail 15×.

ED fears Chamisa, he is actually untouchable, touching him will result in a very serious international crisis. So to deal with him ED arrests his brigadiers, and that is why Skala is in jail.

I think you are getting the sense Apostle from broken English, don't go away its your day. 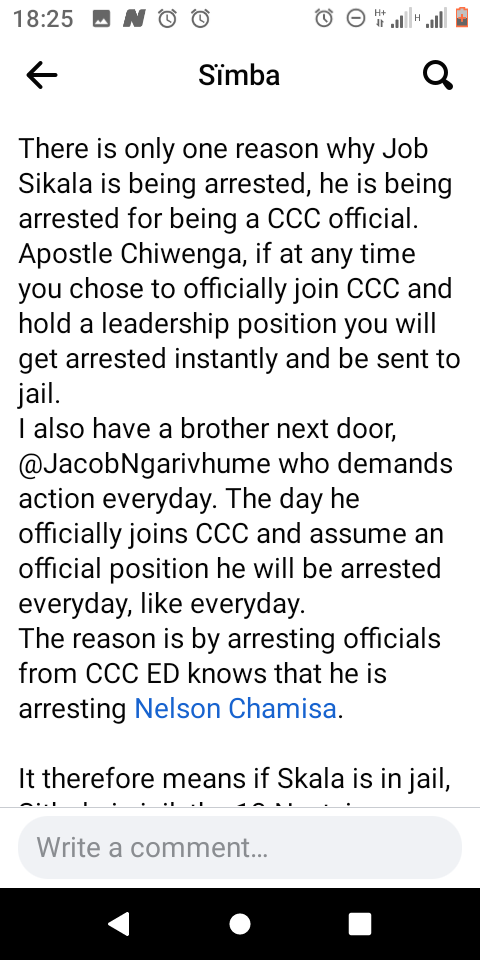 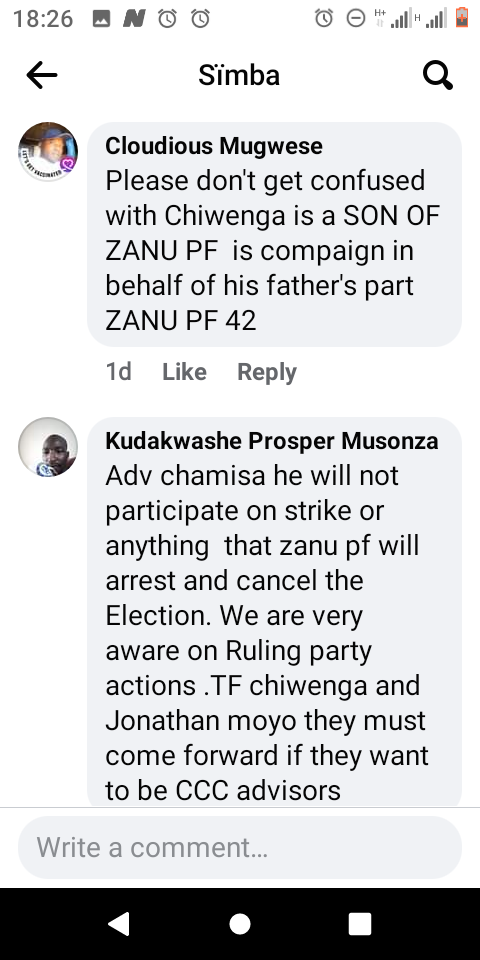 He's using his studio to trash talk people, he is using his studio to make himself righteous than everybody. In actual fact this is the kind of a man that do not have anyone that he stands with, he stands alone when it comes to politics. He talks like as if himself can do better when it comes to ministry, he talks like he is a better man of God than all the others. This is the kind of a man this apostle is.

So he does not have respect for anyone. We know how he used to trash-talk prophet Emmanuel Makandiwa. I really don't know what the problem is with this man of God.