By Realish (self media writer) | 29 days ago 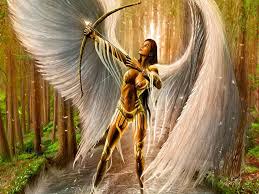 Remember the Tale of Hercules the demi God and his great exploits all over ancient Earth killing giant Supernatural creatures. There was a fierce princess who he ran into on his wild journeys who was as beautiful as she was fierce. This warrior princess was a leader of a fierce race of barbarians, she was also a demi God. She was created by the Lord's power when he wanted to see how much of his power a woman's body could withstand. When she was with people she always hid her wings because she never wanted them to know that she was God's child. This would make people start to treat her like a special little divine girl instead of the warrior princess image that she was portraying. She only showed her wings whenever she was visited by other angels whenever she was alone. 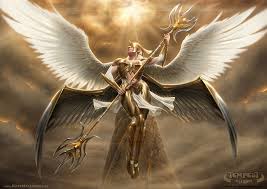 The Lord placed her on the Earth and expected her to start her own kingdom of heavenly children on Earth. She refused because she wanted to be a warrior, so she started her own warrior race instead of a peaceful one. The Lord saw all her great battles and told her to come back to heaven. When Zena flew to the gates of heaven a great wind blew her backwards and the gates closed. The Lord realized that his first daughter had shed so much blood on Earth that his holy power couldn't withstand her being in heaven. So Zena went back to Earth and continued the warrior lifestyle until the Lord decided to build second heaven. Second heaven was not as holy as the first one, so people who sinned unintentionally or because of unforseen circumstances can Enter heaven. Zena is now the ruler of second heaven and is like God in her own heaven. Second heaven is filled with decorated fallen warriors in history, this is where they all go to rest their heads. 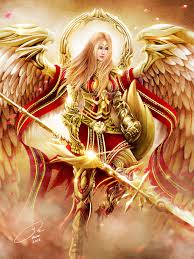