Prophet Rhadebelihle who rose to fame after he prophesied about Shona Ferguson's death has managed to win thousands of followers who believe in his prophecies. 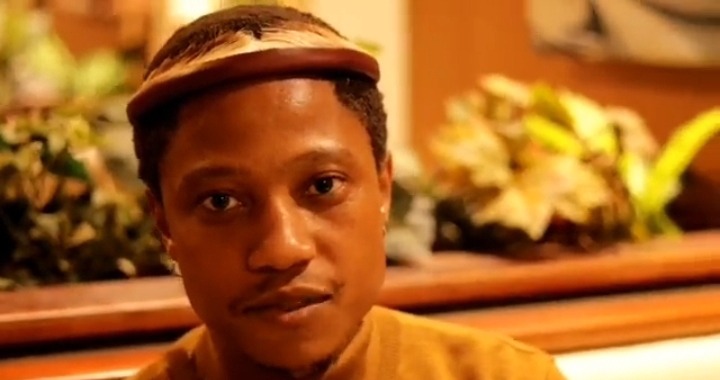 Just recently, he prophesied about FW de Klerk's death, warned the masses that in December something will fall from the sky, encouraged the masses to place an air purifier plant in their homes due to chemicals that are being sprayed in the sky, and also told people that they should be spiritual rather than religious if they want to enter the fifth dimension.

Those that appreciate his prophecies believe in him and his claims that he is a Sun God, and they want to be amongst those that will go to heaven, which he calls the fifth dimension after he warned them that Christ-followers will not see heaven, only spiritual people will. 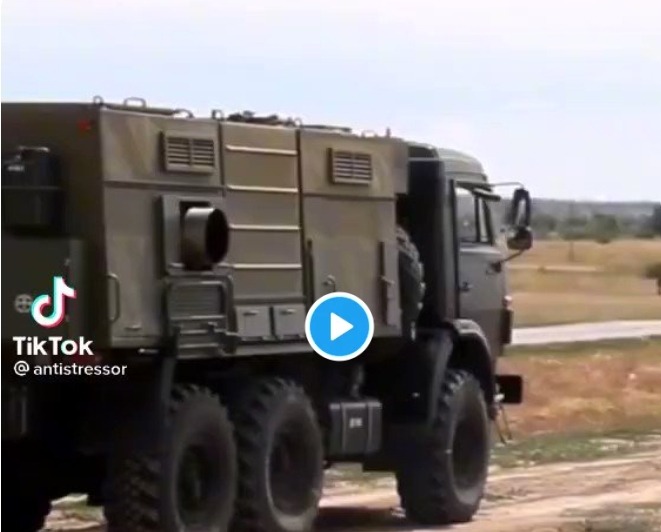 The prophet has once again made claims that clouds are not natural but created. He has shared a video of army trucks spraying some chemicals into the sky to create clouds. 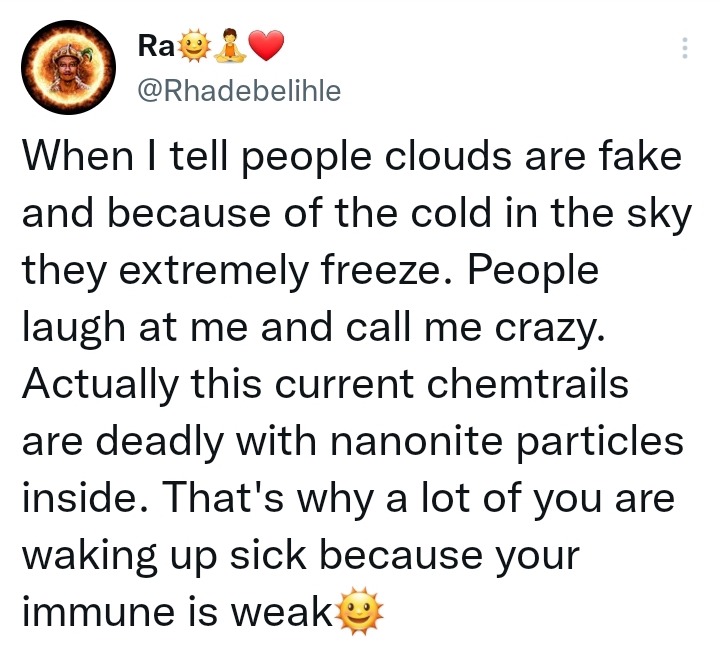 He adds that many people wake up feeling sick because of these chemicals that continue to be sprayed, cites that the chemicals that are used to create clouds contain deadly particles which are chemtrails. He says that non-believers continue to laugh at him and call him insane but he knows what he is talking about. 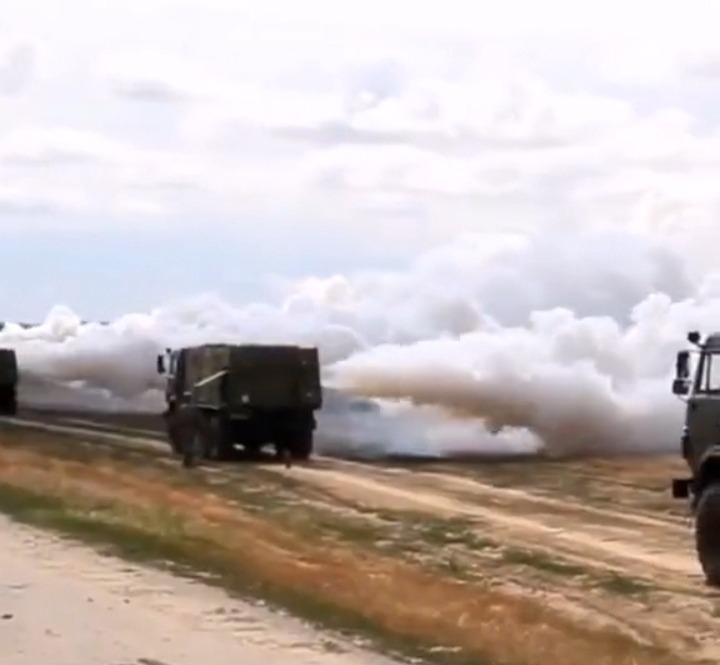 The prophet's followers are applauding and thank him for his teachings. Some are shocked and want to know who is responsible for such, while others just want to be safe and are asking him how to build a strong immune system.

His anti-brigade has more faith in science and has advised the prophet to research how clouds are formed and stop misleading the masses.

Science teaches us that water vapor creates clouds, that the vapor or rather invisible gas turns into water droplets. When these droplets form dust-like particles, they float into the air.

If the air can no longer hold the water vapor, it condenses or deposes, which is how clouds are formed. The question is, do we trust Science or teachings from a prophet? If it is Science that we trust, then how do we explain the video shared by the prophet?

This is why people's beliefs should be respected. If they believe that the government is harming them, then they should purify their surroundings. If they believe in Science, then those who have a spiritual awakening should respect them just as much.