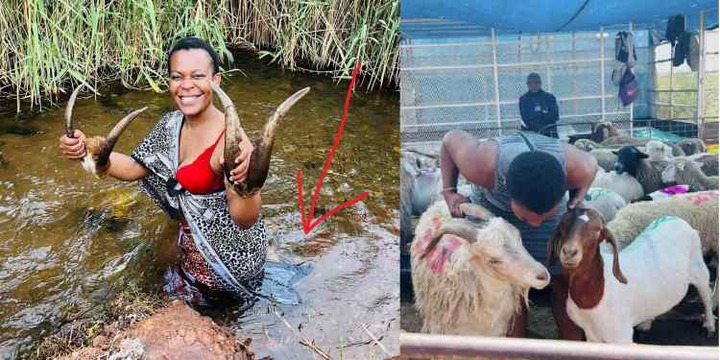 Zodwa Wabantu bought two goats as an offering to her ancestors. She captioned the picture of herself and the two goats with the words, “Siya empumelelweni Bengkulu,” meaning we’re heading for a big success. She mainly was asking her ancestors to clear her paths in the future. Mzansi noticed she was doing the ritual wrongly.

Zodwa went to the river wearing amphibia. Amphibia are traditional sacred cloths for people with the ability to, directly speak to their ancestors. Such people are ‘ sangoma’s ‘ (traditional healers and seers). Traditional healing initiates also wear the cloth and it’s quite rare, for a person without a calling to wear it. In South Africa, the clothes are highly respected and, people don’t wear them for fun or to make a fashion statement. She also had ‘ impepho ‘ incense close to her near the stream.

How she was supposed to do the ritual

Even when a person goes to cleanse inside a river, they cleanse in a moving stream according to sangomas. On the river she was standing in, the water was still. For one to communicate with the ancestors, the river should be flowing.

People were shocked at her attire and questioned if she was now a seer. Zodwa has been performing non-stop in events, it’s highly unlikely that she’s an initiate or a seer due to her availability. 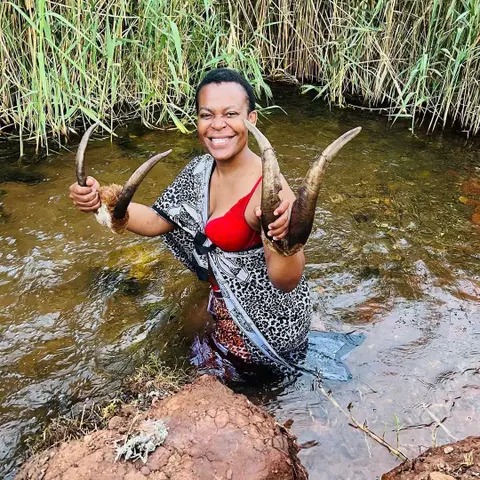 As the schools are reopening, Zodwa’s son is going to an undisclosed boarding school. Perhaps she also asked her ancestors to guide him at his new school, Zodwa’s son has faced academic challenges in the past and has repeated a grade.

Was the river visit perhaps content for her reality show? Zodwa introduced her crew members for season 3 of her upcoming reality show, Zodwa Wabantu Uncensored season 3. She might be trying to pursue traditional healing.

After her breakup with her ex-boyfriend Vusi. She took a picture with three traditional healers kneeling. People joked about it and speculated, she went there to bewitch her ex for allegedly scamming her.

Strangest bedroom designs, take a look at the photos