Mduduzi "Nyazilwezulu" Shembe has been given an ultimatum following a letter sent to him by lawyers. The eviction letter gives him ten days to vacate the seat in order for the new King to take his place at eBuhleni temple. 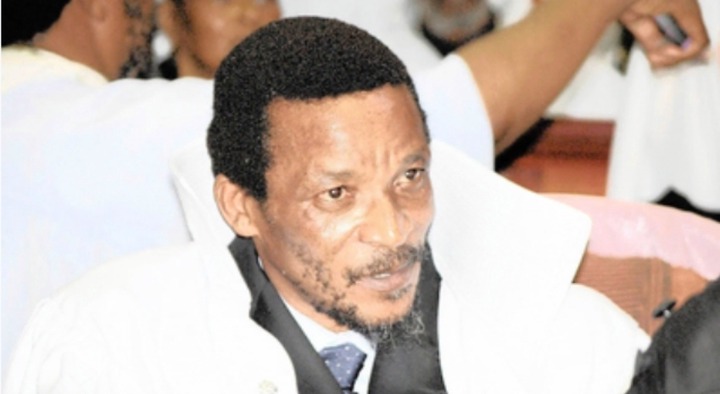 King Mduduzi “Nyazilwezulu” Shembe was sent an eviction letter demanding him to vacate from eBuhleni.

Another legal war is cooking for the Nazareth church; because; Thembezinhle temple led by King Phinda "Kukhanyakwelanga" Shembe has now become eBuhleni temple; following the Constitutional court's decision on 22 June; in the fight over the throne. The court has sent a letter evicting King Mduduzi "Nyazilwezulu" Shembe from eBuhleni.

After the death of King Vimbeni "Thingolwenkosazane" Shembe; in March 2011; the King of AmaQadi; Mqoqi Ngcobo; stood up and told the Nazareth church members that; Thingo "pointed out" his son uNyazi to lead the church.

Following this action by the king of AmaQadi; Thingo's lawyer Zwelabantu Buthelezi emerged; and told the congregation that; Thingo legally chose; King Vela "Misebeyelanga" Shembe (who is now late); which caused cracks in the church.

Misebeyelanga started his own church and created the Thembezinhle temple; when he died in November 2017; the ropes were taken over by his brother; King Kukhanyakwelanga.

The matter was taken to the Appeals court in Bloemfontein; where he lost again; and finally got stuck at the Constitutional court of South Africa; where he failed for the last time.

The initial lawyers for the Thembezinhle temple; Nkosi Trevor Attorneys; have written an eviction letter to Nyazilwezulu demanding him to vacate the eBuhleni temple; and allow the King that was confirmed by the court on 22 June; and stop calling himself the King of this temple.

The local newspaper saw the eviction letter from the lawyers which reads as follows:

"We demand that you return all the documents; including bank statements; keys for the church cars and a the church's belongings."

"Failing to do this within 10 days; the matter will be taken to court to find a solution. We wish to advise you that; once we return to court; the court charges will be for your pocket." Read the letter from the lawyers.

The lawyers for Nyazilwezulu responded to the letter; saying eBuhleni is not the Head quarters of the church; it is Nyazilwezulu's grandfather's house; King Amos "Nyangayezulu" Shembe.

"King Nyazilwezulu stays in the home of his grandfather who was given the land by the late king of the Qadis; Mzonjani Ngcobo (who was father of King Mqoqi); so he will not move from his forefather's home."

"Anyone who is a Christian; has a right to choose where they want to praise and who leads them." Read the response from Nyazi's lawyers.

The spokesperson for the Thembezinhle temple; Nkululeko Mthethwa said; it is blue lies that the eBuhleni temple is not the church's headquarters.

"When Nyangayezulu moved from Kuphakameni; he moved with a congregation; so the land was bestowed to the congregation." Said Mthethwa.

"I say this because; we know the house of Nyangayezulu; which even after he had died he was driven there first before he was buried at eBuhleni.

"When Nyangayezulu's Queen died; he did not bury her at eBuhleni; but she was buried at Judea (in Eshowe) because he was respecting that only Kings are buried at eBuhleni." Said Mthethwa.

The spokesperson for Nyazilwezulu; Lizwi Ncwane said; Nyazilwezulu was made king where eBuhleni is built; so the temple is his.

"These lawyers are confusing people. What they are saying is nonsense; we do not have Missions because we are not Catholics." He said.