A pastor has been arrested in Abeokuta, the Ogun State capital, for allegedly sleeping with a woman and her two daughters, the police authorities said on Thursday. According to Channels Television, Timothy Oluwatimilehin took advantage of the woman and her daughters and exploited them. It all happened after the woman told him about a little misunderstanding between her and her husband. The pastor, whom they have so much confidence in, took advantage of the situation and perpetrated his Devilish acts. Upon interrogation, the accused pastor, Timothy Oluwatimilehin admitted to the crime, saying that it was the devil's handwork, pleading for forgiveness. 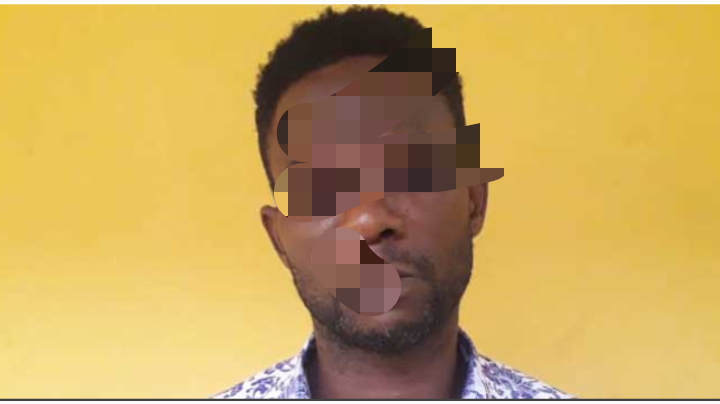 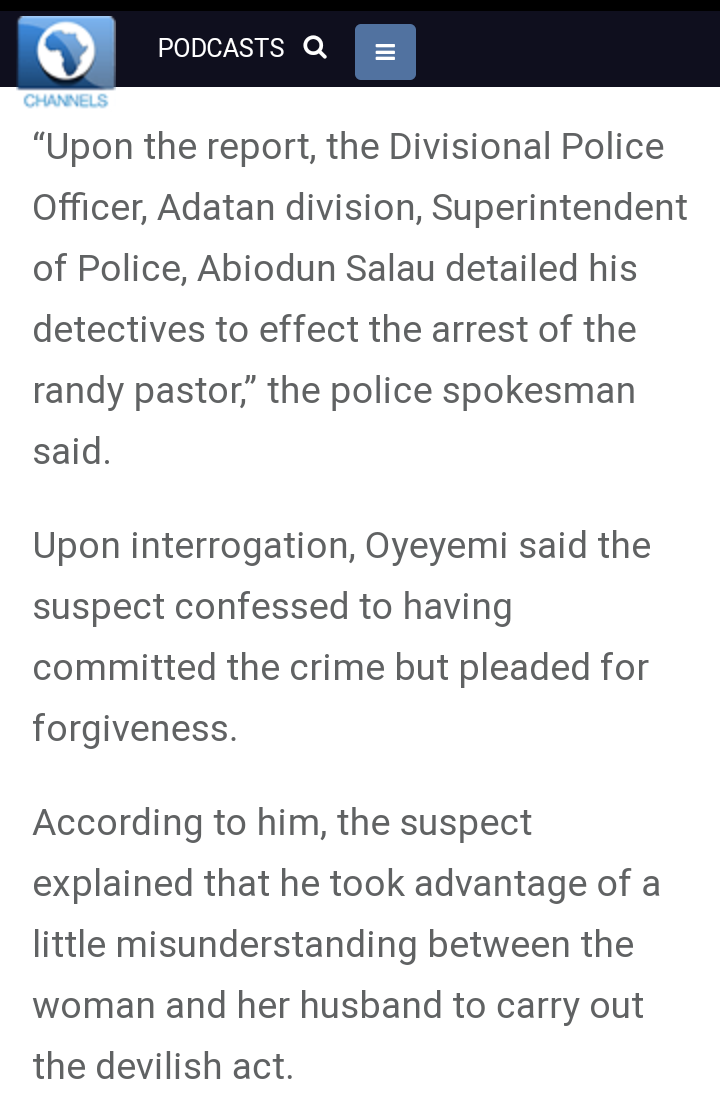 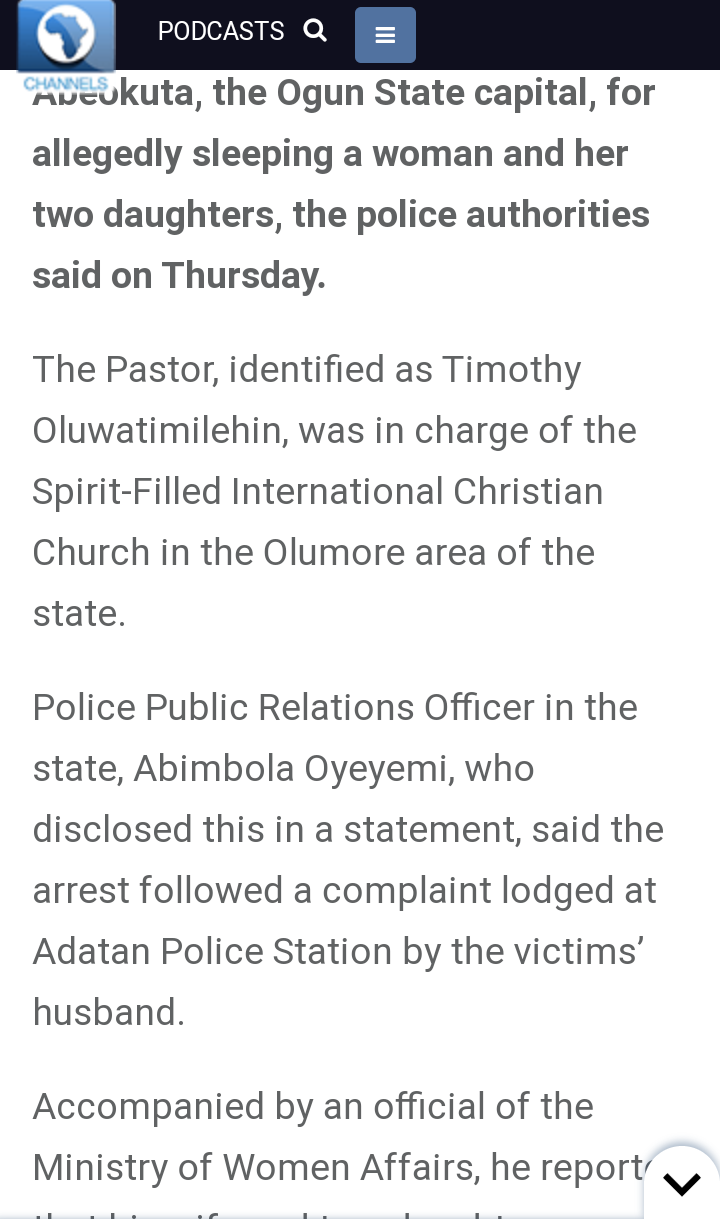 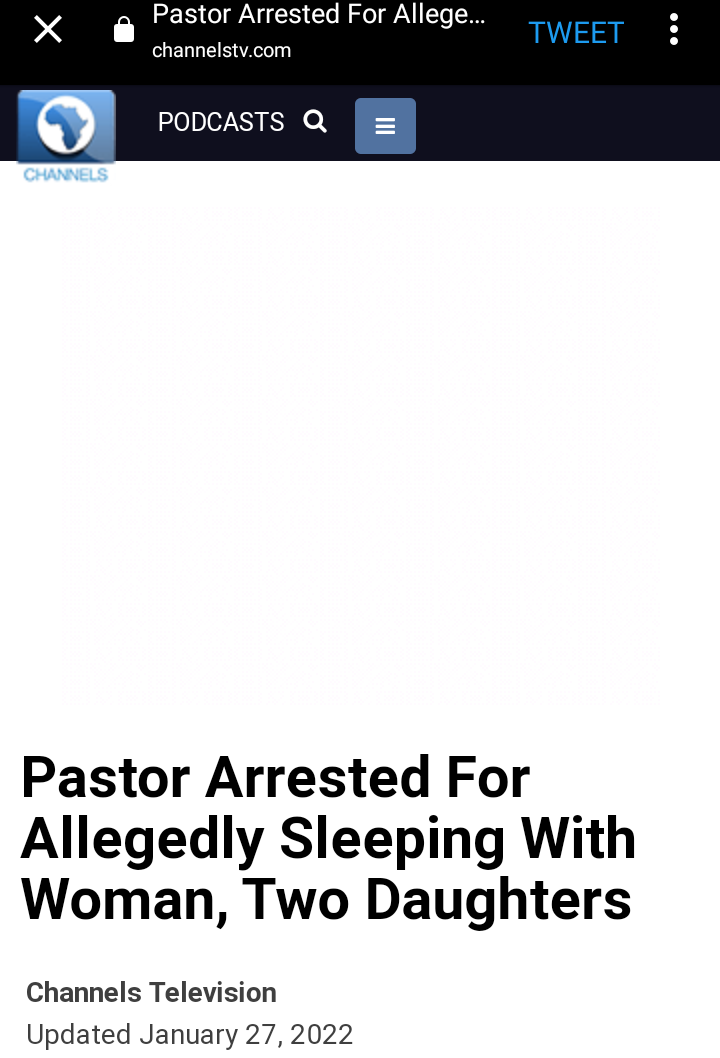 The self Acclaimed, Pastor, identified as Timothy Oluwatimilehin, was in charge of the Spirit-Filled International Christian Church in the Olumore area of the state. It was the husband of the woman who reported to the ministry of women's affairs. The ministry subsequently reported to the police, which led to the arrest of the culprit. At the time of his arrest, it was said that the randy pastor was living with the woman and her two daughters, and he takes turns to sleep with them. According to the police spokesperson, the self-proclaimed general overseer already admitted that he committed the said offence.