OPINION| “Your Leader Is One, the Christ” Says, Matt 23:9. So Why Do Churches Have Leaders? 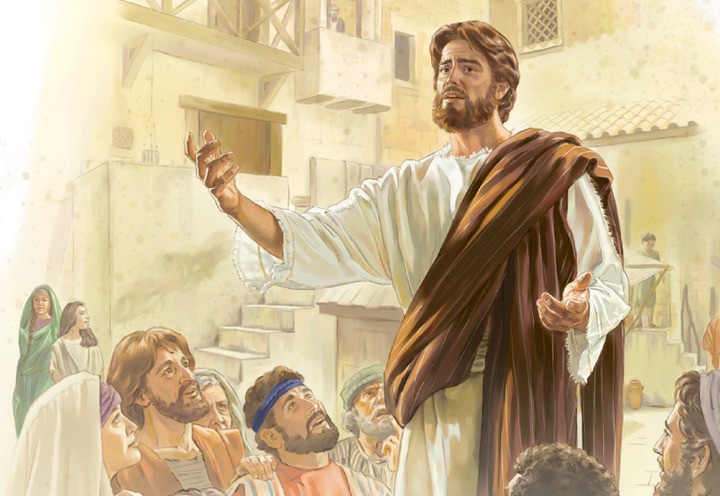 From the verse above we can all see that who spoke is Jesus Christ. There fore as humans we need to take his advices to make right decisions. But it seems as humans we did not listen to that simple gold advice. That we were not made to be leaders of other people as we are imperfect. See how church leaders have stunned the world with their questionable behaviors towards the flock of Jesus Christ.

Ignoring a simple advice churrches have human leaders, such as the pope of Rome, the patriarchs and metropolitans of the Eastern Orthodox churches, and the heads of other religions. If there is a church today that heeds to the advice of Jesus Christ indeed it might be having a peace of mind as they all know that all their hope is on Jesus their leader. Indeed church leaders have brought the name of Christianity down due to pastors having relationships with women and girls inside churches.

Centuries before the founding of the Christian congregation, Jehovah had an angelic leader over his people Israel. After bringing the Israelites out of Egypt, Jehovah told them: “Here I am sending an angel ahead of you to keep you on the road and to bring you into the place that I have prepared. Watch yourself because of him and obey his voice. Do not behave rebelliously against him, for he will not pardon your transgression; because my name is within him.” (Ex. 23:20, 21) It is reasonable to believe that this angel, who had ‘Jehovah’s name within him,’ was God’s firstborn Son. Prior to his birth as a human, God’s Son apparently had the name Michael. In the book of Daniel, Michael is called “the prince of [Daniel’s] people,” Israel. (Dan. 10:21) The disciple Jude indicates that Michael was involved in the affairs of Israel long before Daniel’s day. After Moses’ death, Satan apparently intended to use the corpse to further his own interests in some way, possibly by inciting Israel to commit idolatry. Michael stepped in to prevent this. Jude relates: “When Michael the archangel had a difference with the Devil and was disputing about Moses’ body, he did not dare to bring a judgment against him in abusive terms, but said: ‘May Jehovah rebuke you.’” (Jude 9) A little later, before the siege of Jericho, it was doubtless Michael, the “prince of the army of Jehovah,” who appeared to Joshua to reassure him of divine backing. (Read Joshua 5:13-15.) When a demon prince tried to prevent an angel from delivering an important message to the prophet Daniel, the archangel Michael came to that angel’s assistance.​—Dan. 10:5-7, 12-14.

Previous to this incident, Jehovah had sent his angel Gabriel to the prophet Daniel to convey to him a prophecy concerning the coming of “Messiah the Leader.” (Dan. 9:21-25)* Exactly on time, in the fall of 29 C.E., Jesus was baptized by John. Holy spirit was poured out upon Jesus, making him the Anointed One​—Christ, the Messiah. (Matt. 3:13-17; John 1:29-34; Gal. 4:4) As such, he was to become an incomparable Leader.

From the reading above my question is why churches have put aside being guided by Jesus Christ. Because from the onset the Israelites were kept on the way by Jesus Christ before he was sent to the earth by his father. His father used him to establish Christianity which he guided until his death and resurrectiom. Before he went to heaven he told his apostles that he will guide them by his holy spirit until the end times.

Indeed the love of money is the cause of churches having leaders.

Whats you are saying?