Cyril To Step Aside As These Allegations Emerge? 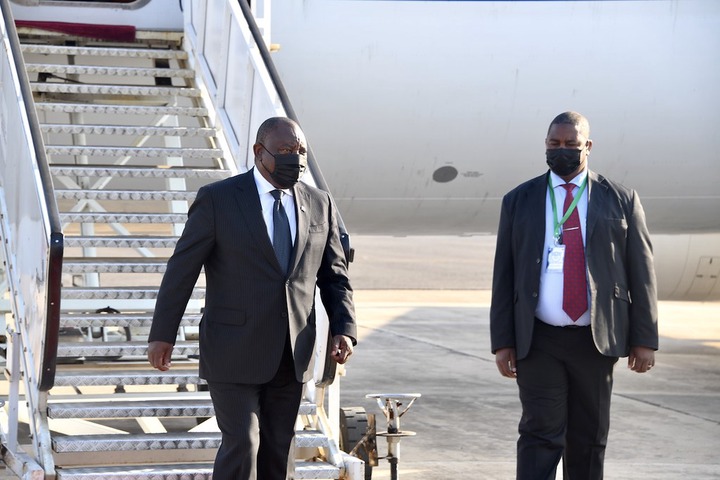 President Cyril Ramaphosa is leading an election campaign throughout the country for the African National Congress, but it seems as though there are some members who are refusing to bury the hatchet and forget about his controversial CR17 presidential campaign donations.

CR17 bank statements were sealed and have remained as such even though there were numerous calls made to unseal the documents.

The Economic Freedom Fighters also tried their luck when they challenged a court decision that sealed CR17 bank statements, but like many others, they also bite the dust as their application was dismissed.

African National Congress group of members have now made an application to the ANC seeking disciplinary proceedings to be instituted against president Cyril Ramaphosa over his confirmation at the state capture commission that he received R300 million in donations to his CR17 presidential campaign, but said he didn't know who donated the money as their names are sealed in the bank statements.

ANC members have now called the media to a press conference to be held at Booysens Hotel and Conference Centre where signatories of the application for president Cyril Ramaphosa to be subjected to ANC disciplinary proceedings who are all ANC members in "good standing" from nine provinces will address the media on Monday the 4th of October.

In the statement they issued and making waves on social media, they said the disciplinary action against Cyril Ramaphosa by ANC should be taken in relation to how he used the donated money to influence the outcome of elections allegedly in contravention with the party's constitution.

"Such disciplinary measures relate to the manner in which president Cyril Ramaphosa raised and used money in contravention of the ANC constitution to influence the outcome of leadership elections in the 54th National Conference of the ANC, and as a consequence secured the presidency of the ANC and of the country," reads the statement by disgruntled ANC members. 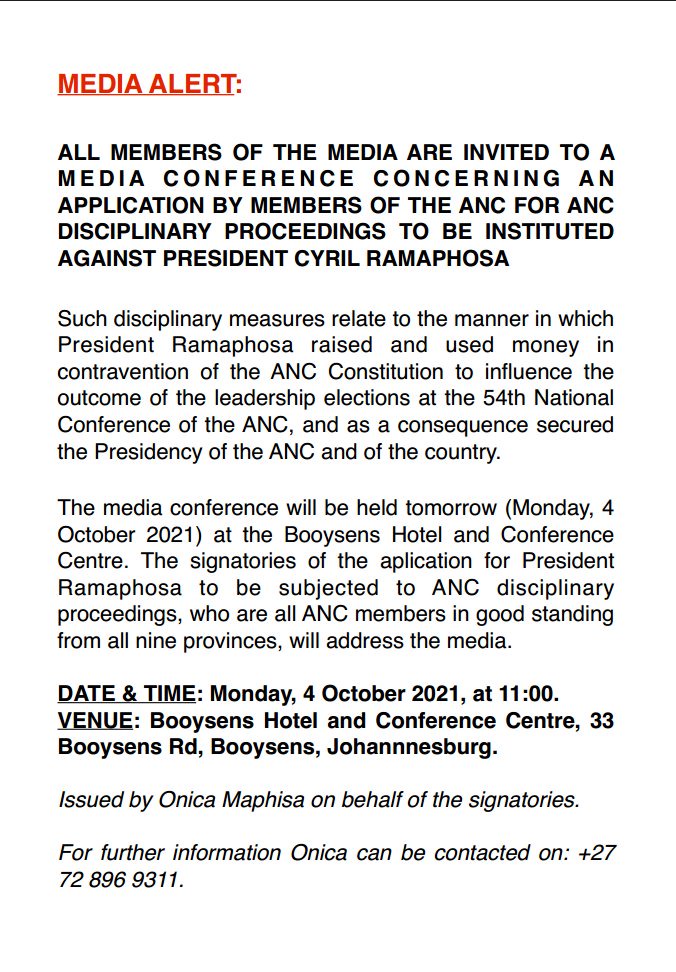 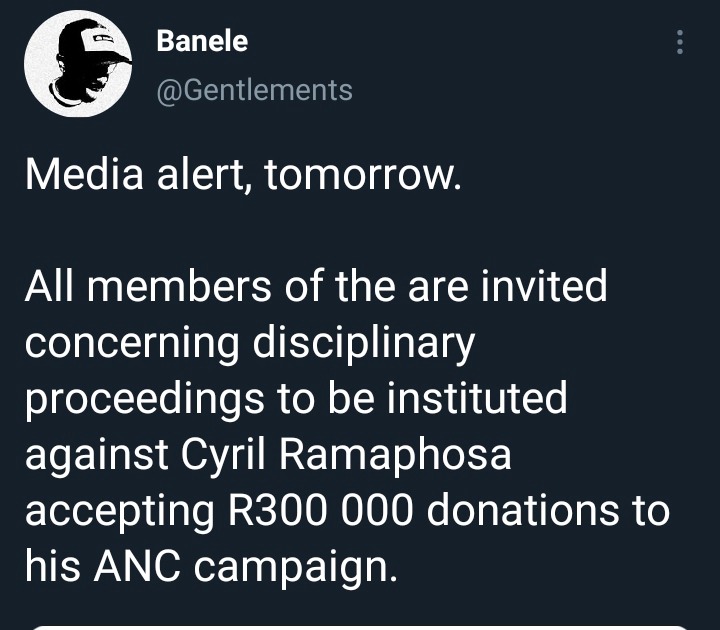