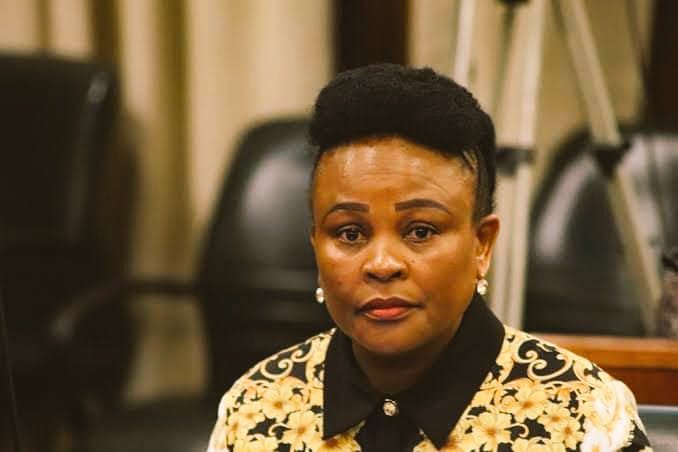 The constitutional court has ruled that Public Protector Busisiwe Mkhwebane does not have the power to subpoena confidential taxpayer information.

The Constitutional court made its ruling in a virtual sitting in Johannesburg on Tuesday. Mkhwebane approached the Concourt to appeal a High Court judgment in March this year, which held that taxpayer information was confidential.

Public Protector Busisiwe Mkhwebane approached the Constitutional court in March, to appeal a High Court judgment which held that taxpayer information was confidential.

This was part of the public protector’s probe into allegations that Jacob Zuma received payments from a politically connected businessman in the first few months of his term in office.

Mkhwebane then approached the Concourt to appeal the High Court judgment in March this year. Now the constitutional court has upheld that high court judgement regarding the confidentiality of taxpayers' information. Constitutional Court Judge, Justice Mbuyiseli Madlanga said Public Protector Mkhwebane must go back to the drawing board.

Meanwhile in what is viewed as a victory for the public protector, the constitutional court has agreed with her appeal against the personal costs order granted against her in the initial ruling. This means she will not be personally liable for the costs.

The concourt has strongly criticized the High Court for handing down that personal costs order.

Adding that regardless of who is at the helm - the office of the public protector must be defended as an important institution of South African Democracy.