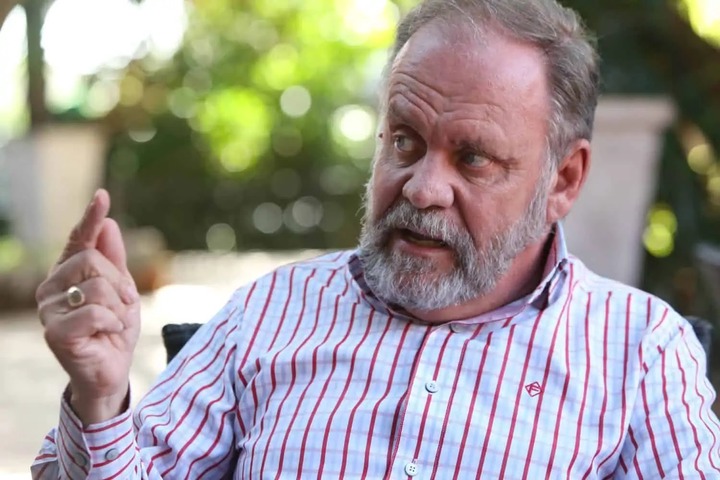 ANC veteran and a staunch supporter of former president, Jacob Zuma, Carl Niehaus is once again locking horns with the ruling party following what he terms as an "unfair dismissal" from his employment at Luthuli House.

While the ANC leadership claim that Carl Niehaus had no job description at Luthuli House and that he is a "rogue" member sowing seeds of disunity within ANC, the veteran begs to differ.

Carl Niehaus claims that he signed a contract to work for ANC at Luthuli House and he was working in the secretary general's office, which is why he is dragging the party to the CCMA as they terminated his employment contract without following due process.

The staunch supporter of former president Jacob Zuma said he is going to fight ANC tooth and nail and will not be bullied by those threatening him after he was dismissed from his employment at Luthuli House.

Carl Niehaus and some ANC comrades laid criminal charges against the party over non payment of their salaries for three months. The laid charges include fraud, corruption and money laundering.

"Challenging the ANC management this morning in a CCMA hearing about my unfair dismissal. When I was so abruptly dismissed for blowing the whistle on corruption I said I’ll fight tooth and nail. I’m doing exactly that. One thing these bullies will learn is that I never give up," he said. 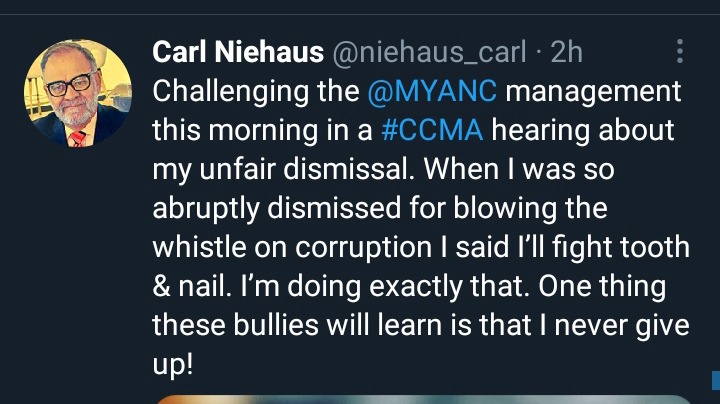 Carl Niehaus believes he is being targeted because he associates himself with Zuma, Ace Magashule and the RET faction.

He constantly criticizes and states that president Cyril Ramaphosa and his administration lack leadership qualities which is why ANC is at it's weakest under Ramaphosa's era.

He also blasted the party's highest decision making board National Executive Committee which he said is like a toothless dog which cannot bite. 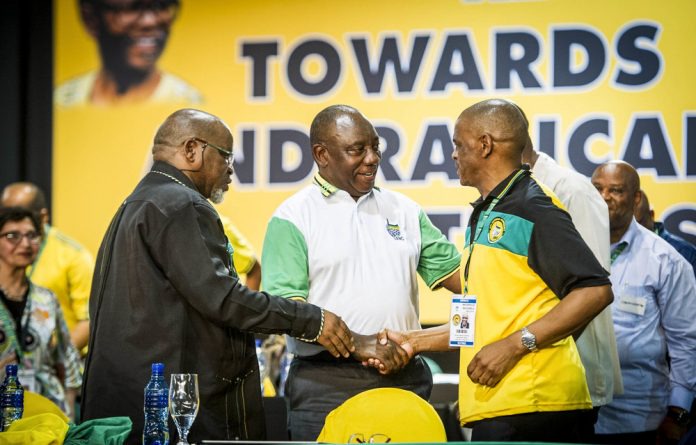