By Proudly_SouthAfrican (self media writer) | 4 months ago

" I Don't Like Them, But They Are Lesser Evil". Lady Says We Must Remove The Ruling Party And Let This Party Rule Until The Next Elections.

South African politics have been the most controversial. After 28 years of ruling, it is becoming clearer that the ANC has failed South Africans and people want them out. 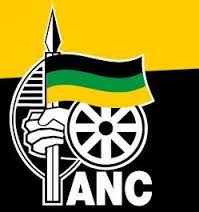 With the 2024 national elections on the way, people have been talking that the ANC must go. Political parties are also trying to convince people to remove the ANC however one lady suggested which party people must vote for. 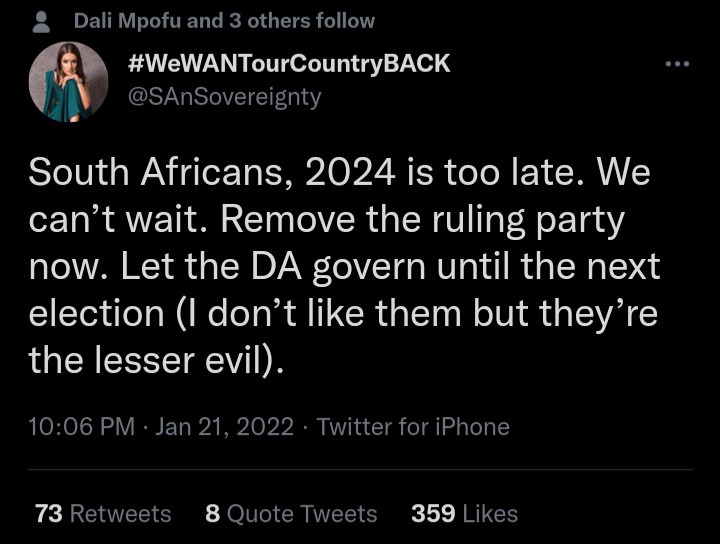 One tweep commented and stated that the DA gets things done. The lady however did not suggest the DA without criticizing the party. @Sansovereignty "I live in The Winelands. Most farms & businesses employ foreigners. Our people are suffering. The DA’s silence on illegal immigration and foreign crime is deafening. Sad reality is many unemployed Coloured folk voted for them. They only care for the needs of the wealthy". 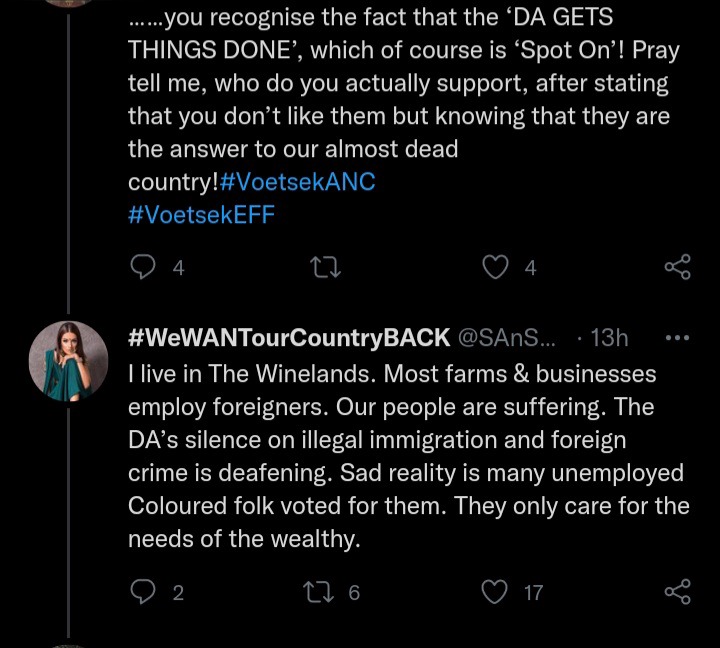 Nevertheless, some people still do not have any hope in South African politics and the political parties as they are believed to be controlled by their investors. @dilohz "DA, ANC, eff, Action, patriotic are all controlled by da so called investers nothing will change, here we fought the boers but we never fought the system the same pple who were running the economy during apartheid are the same pple running it now so what difference do u expect". 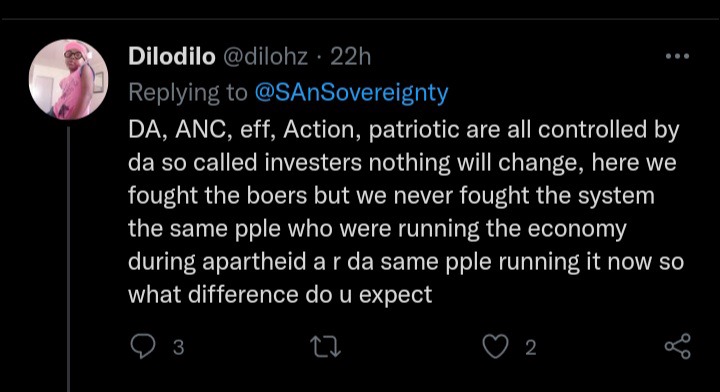 Opinion: Indeed we need to remove the ruling party, however, no party in SA has won the total trust in South Africa and without that, South Africa will probably still have ANC rule even after the elections.

Do you think it would be a good idea to have the DA rule until the next elections or even after the elections? Share your views down below.