With so many allegations pending against him, one would expect Zuma to be cooped up in his house, chewing his nails. Because of this, he is convinced that he done nothing wrong and can now enjoy his retirement. Nxamalala has been sighted on occasion enjoying the high life.

Zuma was caught having a good time in this picture.

Many people find it irritating that Jacob Zuma, the former president of South Africa, is always in a good mood. Since Arthur Fraser granted him medical parole, many Zuma haters have been keeping an eye on his every step. Zuma supporters appear to be keeping watch of the South African leader's actions. 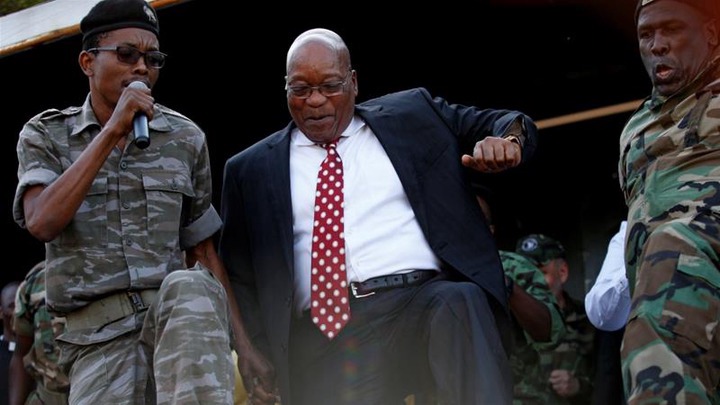 Friend of Ramaphosa, Goolam is troubled by Nxamalala's activities and the persons he's been spotted with. When Goolam saw Zuma out and about when the latter was ill, he resorted to Twitter to air his grievances. "With his private plane and campaigning for criminals at hand, Jacob Zuma has been flying all over the nation. A few days before his court appearance, he suddenly gets unwell and can't make it in person. (The man does appear fragile, to be honest.) "Goolam made the comment. 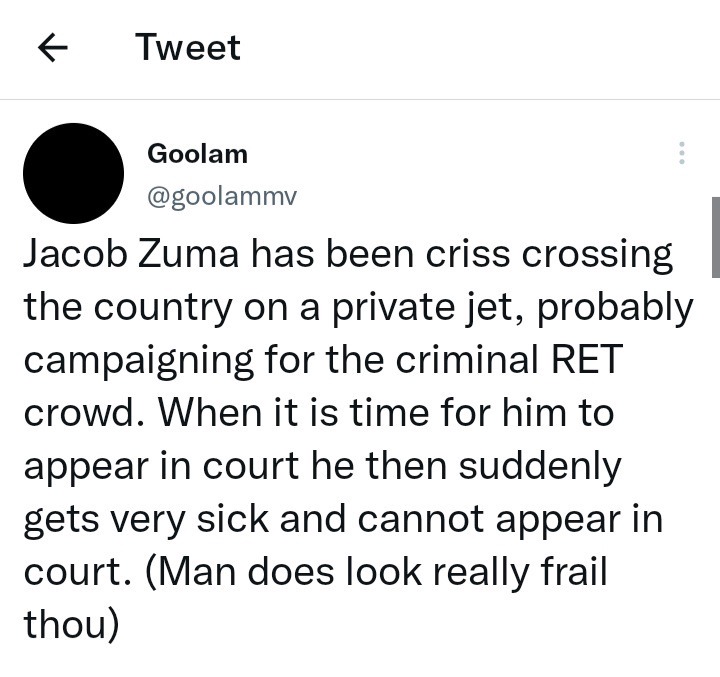 According to others, Zuma is actually trying to get people to sign on to the RET. 'Clearly he wants to go back into power to finish the scorched earth policy he never got around to doing during his nine wasted years,' one Twitter user responded to Goolam.' It has been suggested that Jacob Zuma take care of his ailing health. Is there a chance he will show up? 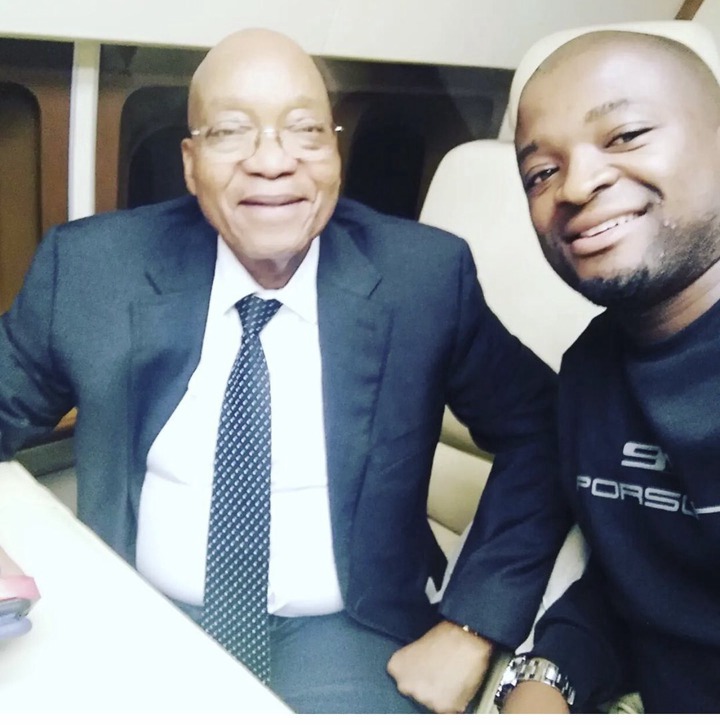 The former president, meantime, continues to speak to the public. Jacob Zuma stated the ANC's 2017 elective congress in Nasrec had failed to make any sense. Zuma's designated successor to the presidency, Dlamini-Zuma, lost the vote to Ramaphosa at this conference, which is where he suffered the worst setback. During a speech at the Nkandla homestead, Zuma was addressing his followers. On Saturday, the debate was also broadcast live on Twitter.

How to Get Out of a Toxic Relationship

VIDEO: Thato's mother is not happy with her son going to The Weekend to have fun every weekend