It didn't end well for the media personality Kuli Roberts, she lost two battles at once after she joined this other political party as its candidate councilor. 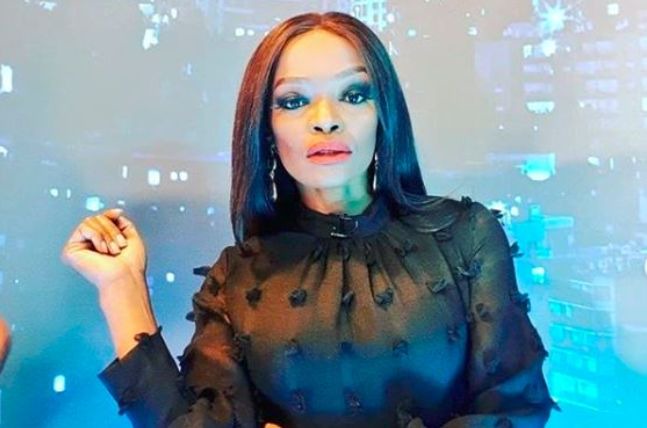 The media personality was appointed as the new counselor candidate for African Transformation Movement this was short-lived as she has been asked to step down from her duties. She was running for counselor at what 65 in Tswane but all that remains a pipe line dream as she got dumped by the political party.

According to whatshotafrica media publication, last week he was welcome Dubai Mzwanele Manyi that she is welcomed today at him, "The one and only @kuliroberts has joined the winning team. Servant Kuli has signed up to serve the people of South Africa. Servant Kuli is ATM counselor candidate for ward 65 in Tswane. We wish her well."

It didn't take long after he made another announcement few days later saying they can no longer have Kuli running as counselor because of confidential circumstances.

"Due to unforeseen and confidential circumstances it is no longer possible to have Nomankulu Roberts as a member and what counselor candidate of the African transformation movement" he said.

According to social media Twitter page, below is a screenshot taken from the statement that was issued. 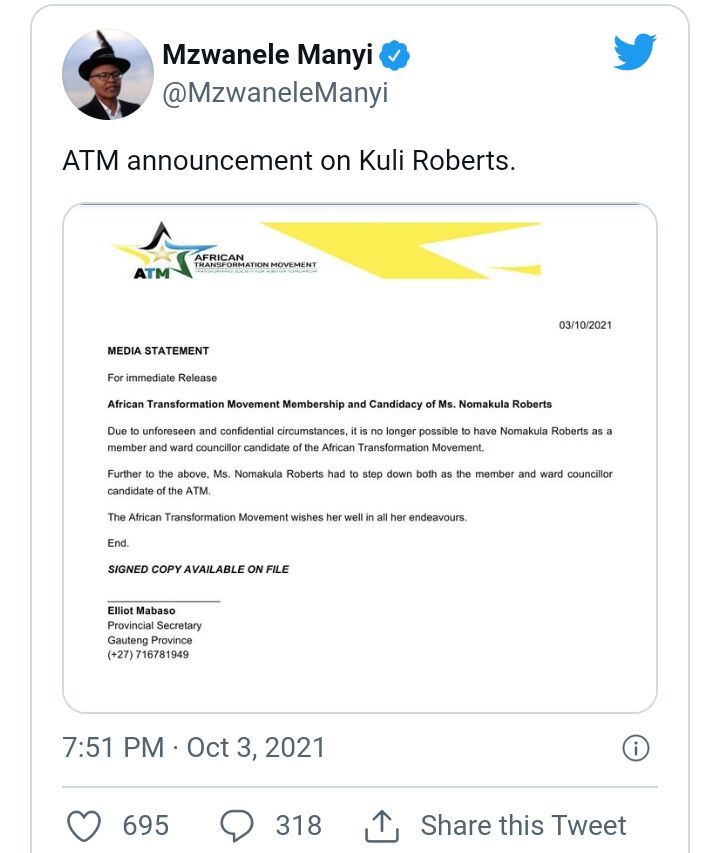 The media personality then suffered another blow, she was apparently been suspended as lifestyle editor of Sunday World. This was due to her appointment at ATM which was allegedly seen as "a violation of Press Code" and "brought the company into disrepute."

In my opinion what I know, is that every company has a policy and before making any decisions you have to sit down with management and discuss your decisions now she just went and joined the political party without discussing with the management and now she's suspended.