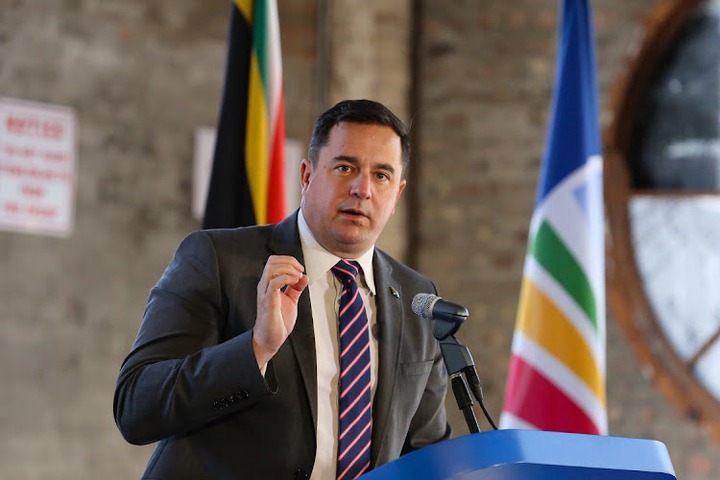 DA pioneer John Steenhuisen says his party has recognized the JB Marks district in the North West as an essential objective in the impending nearby government decisions.

As he tended to party allies in Potchefstroom on Thursday evening following an entire day of battling in the town, Steenhuisen said he accepted the DA could win the gathering.

The region has been fervently challenged between the ANC and the DA. In the 2016 races, the ANC barely won with 50.9% in spite of strife in its own positions in the past term, which saw its own individuals vote with the resistance to fire the city hall leader.

Steenhuisen's visit follows that of president Cyril Ramaphosa, who was there to gather support on October 8.

"With your assistance, we can win here on November 1. In August of 2016, the DA won around 32% of the vote here, simply 10% shy of having the option to shape a greater part government.

On the off chance that the DA wins the November 1 civil political decision at JB Marks district in Potchefstroom, North West, the ideological group will zero in on getting ...

"The ANC proceeded to win the region with the slimmest of edges — 50.9%. Yho! That is [almost a] fall flat. After five years, what do they have to show for these five years in government? Literally nothing," said Steenhuisen.

He said on his battle field he had met individuals who had crude sewerage going through their homes.

Steenhuisen further pummeled the ANC over a board that asserted the region was the best-run in the land.

"That was the most stunning thing I have seen this entire mission," said Steenhuisen.

He said on the off chance that JB Marks was the best-run ANC region, the nation was in hot water.

"Indeed, even the public Cogta serve has this region on the rundown of 64 regions which were viewed as useless. This district is one of 26 regions in South Africa that is under organization.

"In case this is everything the ANC can manage, indeed, that is the best impetus for South Africans around the nation to go out and vote in favor of a party that will finish things."

Steenhuisen said the ANC was making the decisions about everything other than administration conveyance.

"They need to discuss race ... They need to make the decisions about Mr Ramaphosa. None of that is important.

" These decisions boil down to a certain something and one thing in particular — and that is administration conveyance. It's the main thing that is important in nearby government decisions."