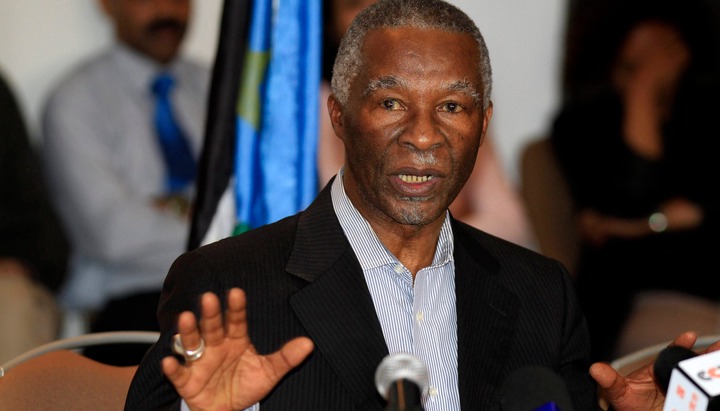 Former African National Congress (ANC) president Thabo Mbeki has urged the public to keep the governing party accountable, saying that if the governing party was truly too big to fail and let South Africa down, the country would fall as well. Mbeki, who has been conspicuously absent from the ANC's campaigns since his recall in 2008 till now, spent Thursday night campaigning for the ruling party ahead of the local government elections.

During his address, he criticized the diminishing quality of party members as well as the lack of ability in local government offices. He said that when it came to enlisting resourceful roleplayers, including the business sector, the majority were eager to help guide the country in the right way, only to be let down by the government. This was a pleasant sight for many who shouted questions and hurled criticism at the government's attitude to black industry, while others just sought guidance from the ANC's previous president on how to support the ANC leadership. 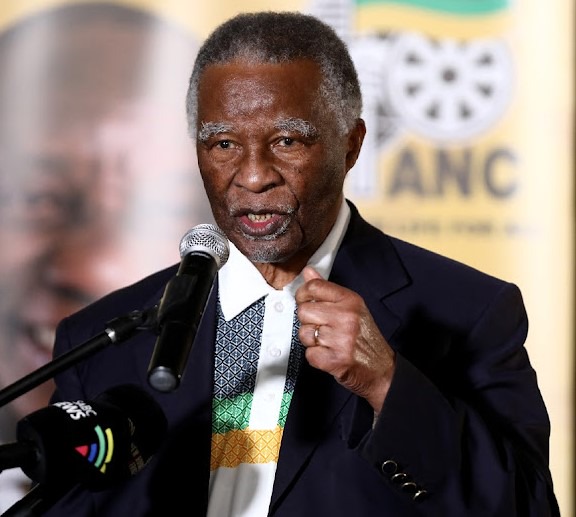 When Mbeki returned a phone call to ANC provincial headquarters in the Western Cape, he brought back worries about the diminishing quality of party members, even cracking a joke about one ANC member who had no notion who the previous leader was. Mbeki warned those in attendance that the ANC still had to carry out its 2017 Nasrec resolution of organizational reform, which included dealing with those members who did not reflect the party's principles.

"Because the ANC with its weight and its size, this is the governing party. If this governing party misbehaves, it has a very negative impact on the country," the former president stated. He stated that the ANC must be saved, noting that its demise will result in the same destiny for the country.

Lets face the facts, the ANC was more stable when Mbeki was still the president of South Africa compared to now that Ramaphosa is president. I think he should give the president some tips on how to rule South Africa properly and also how to run the ANC efficiently just like their slogan says, working together we can do more.